Nausicaä of the Valley of the Wind, V by Hayao Miyazaki.

The ramifications of the swarming bugs & the mutated fungus-blobs are dealt with in this volume of Nausicaä of the Valley of the Wind, or at the very least they come to a head. The massive ecological shifts of the world underlie the web of betrayals & alliances among the remaining human characters; the Holy Emperor of the Doroks makes his move on his brother, usurping the psychic-priest with technology & the heedra, who remind me of the Cactacae of Bas-Lag, but have an interesting cybernetic core thing going on...I think? Either way, they are neat monsters & are unleashed in this volume, giving Lord Yupa & Princess Kushana plenty of opportunity to be total bad-asses. Nausicaä's journey goes dark; her sort of road to enlightenment is fraught largely with sorrow, & the massive die-off of the Ohmu tips her over the edge. She's been so brutalized by the narrative that it is nice to see some cracks in her facade; it makes her much more relatable. What can I say? I'm caught up in the storm of these books; I can't wait to tear through the last two volumes! At this point the plot of the movie is almost completely beside the point; I don't know if there will be threads in the end that exist as strains in the film version, but I'm flying footloose & fancy free! 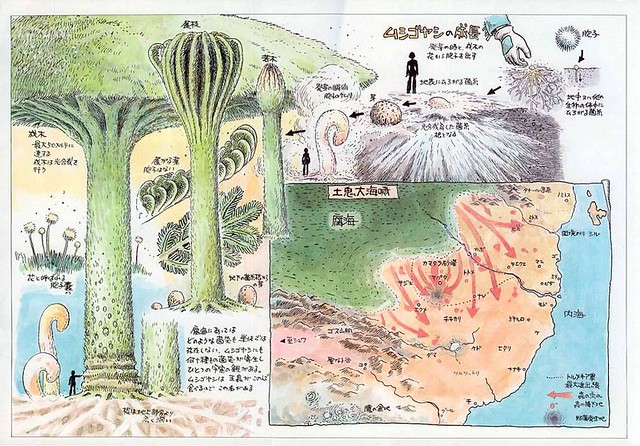 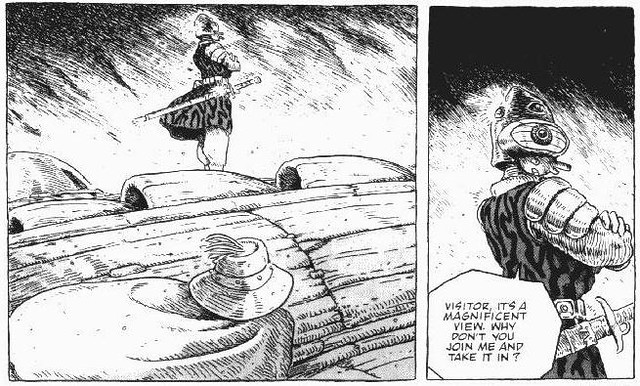 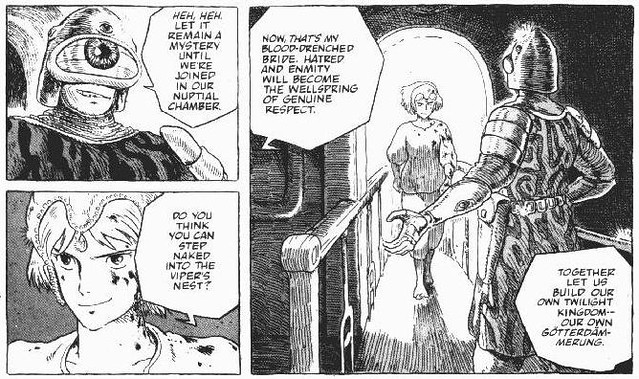 Nausicaä of the Valley of the Wind, VI by Hayao Miyazaki.

Master of the Crypt,
sing a song of prophecy
for new Days of Fire!

After plenty of build-up, the God Warrior is at last on the stage of Nausicaä of the Valley of the Wind! I've been waiting for this; their bones have been scattered throughout the backdrop of the story, & the plot has frequently been moved by the search for the gem that will activate the thing...& now, finally, here we are. So exciting! That is the last act of the book, however, so I'm getting a bit ahead of myself. We start with Nausicaä in the dark nihilism of Nowhere. Between her, her riding bird, her fox-squirrel, the Dorok priest-boy & the Forest Person Selm, she comes out...but not before rescuing an enemy from the cycle of karma. Go on, you just got bodhisattva'd by Nausicaä, no big deal, off you go! We get a humanizing moment for the Worm Handlers, long missing, which really works; I applauded the Tales of the Otori for not taking the easy way out with regards to outcaste characters, but I don't think anyone could argue that Nausicaä is getting away with her messiah-like disregard for class & tribe scott-free. We see the more European-esque courts of Tolmekia first hand; it really is quite a marvel, the worldbuilding that Miyazaki has been doing along the way. So much of it is visual, but it is also so much more than that-- it is customs & religions & technology & it is all just really well considered. The "secret" of the Sea of Corruption is easy to guess, sort of readily apparent even after the first volume, but Miyazaki manages to find new expressions for that; the idea is just well formed. It has that elasticity that a good idea can bring with it; it holds up under the scrutiny of the narrative. 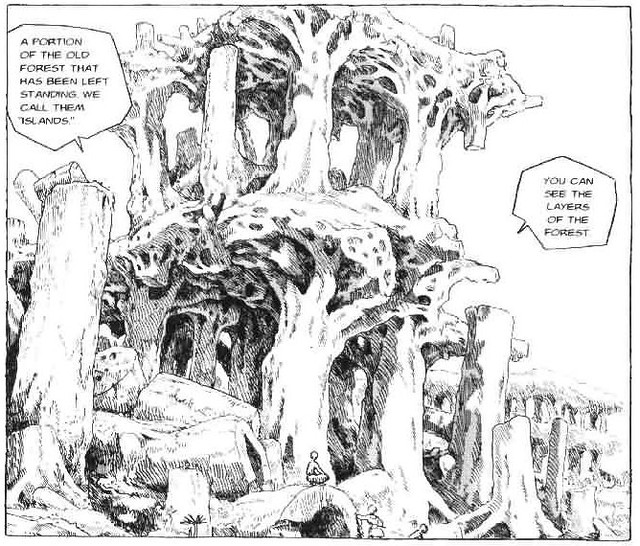 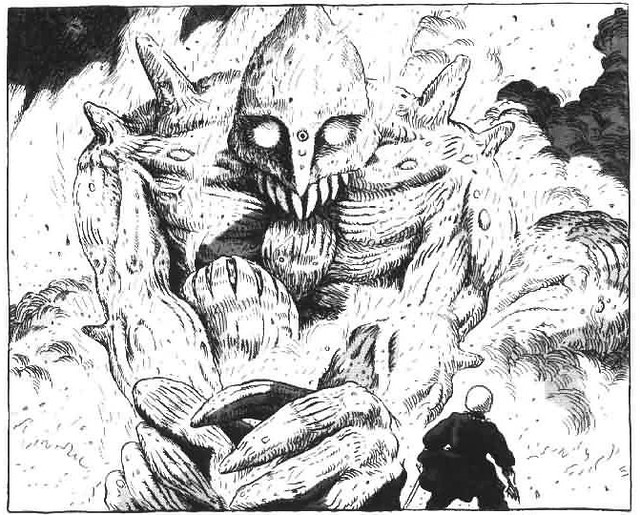