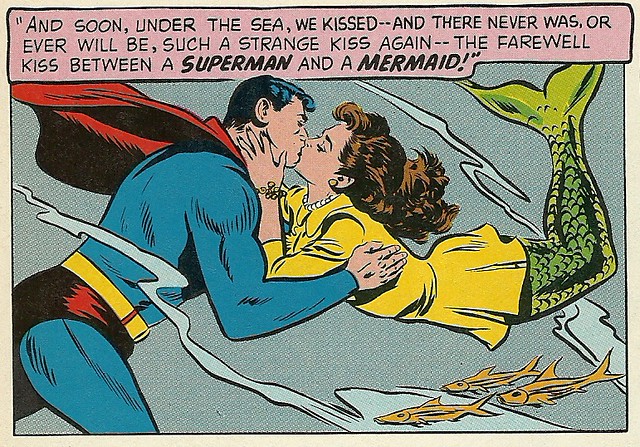 So yesterday was Valentine's day, huh? Sure seemed like it to me, anyhow. Jenny & I had reservations at Beer Table, but she was going to have to meet me there, so I had a bit of time at home by myself. I spent it watching an old episode of My Little Pony: Friendship is Magic called "Read It & Weep." Rainbow Dash is laid up with injuries, & despite thinking books are for "eggheads"-- an opinion the other ponies think is ridiculous-- she gets caught up reading the Daring-Do series. Which, for the record? Includes a NeverEnding Story homage, a ton of Indiana Jones references & has a Ahuitzotl as a bad guy; an Aztec monster that is sort of a monkey-dog with a hand for a tail that likes to tear out people's eyes. After the episode with wendigos, I am not surprised. Then, to Beer Table! We got the prix fixe menu, which came with beer pairings...but first we started with a bottle of Stillwater A Saison Darkly, a dark pale ale? I liked it, but then I like malty beers as a rule. The first course was Montauk oysters, paired with Hitachino Nest Ancient Nipponia. The Ancient Nipponia is made with some nearly extinct & forgotten barley, & it uses the Sorachi Ace hops, which means the nearest comparison is the Brooklyn Brewery Sorachi Ace, another beer we really like. I think the Nipponia is actually better; or anyways, new enough & interesting. & hey, I really wanted oysters! The next course was Jenny's favorite, I think-- flatbread with cheese, honey, arugula & pickled onion. It was like a fancy little pizza, & the beer for it was Hopfenstark Ostalgia Blonde, a golden vegetable tasting beer from Quebec. I'd seen it on the menu & it had caught me eye, so I was happy to get a pour. The folks at Beer Table had said it reminded them of bell peppers, but I didn't notice that, though it was herby. Good thing, too; I hate bell peppers. So much. The main course was seared beef heart in spicy beet puree and Jerusalem artichokes with spicy sweet potatoes. It came with Alvinne Gaspar, a Belgian strong ale that lived in the back of our throats; just lots of bitterness & action flat on the tongue, if that makes sense-- it did to Jenny, anyway, when I said it. The last course was a selection of cheese-- a sheep's milk & a cow's milk called "Humblepie"-- & chocolate, set alongside a T'smisje Dubbel which was so plummy that it almost had to be a desert beer. We were so dang full! Jenny & I hung out a little while flirting & then came home to watch...the new episode of Cougar Town! Or as the title card says "Yes we are still called Cougar Town, we're not happy about it either." & Jenny gave me the present she got me; a huge painting of origami cranes, in honor of the thousand she folded for our wedding. 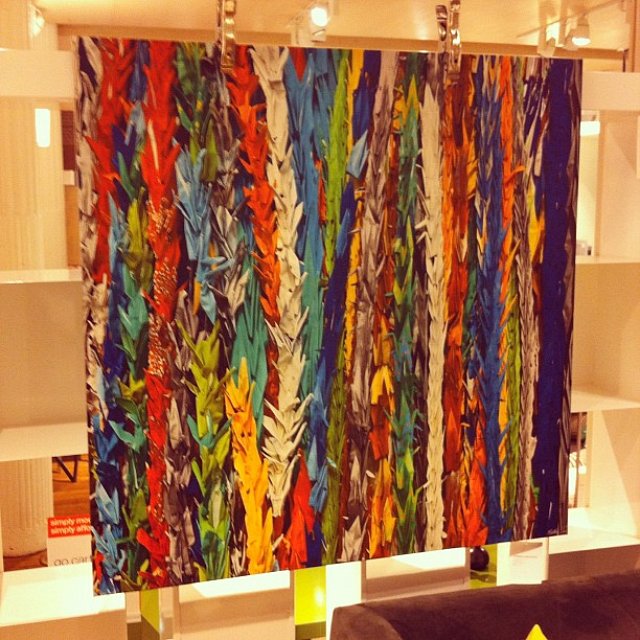 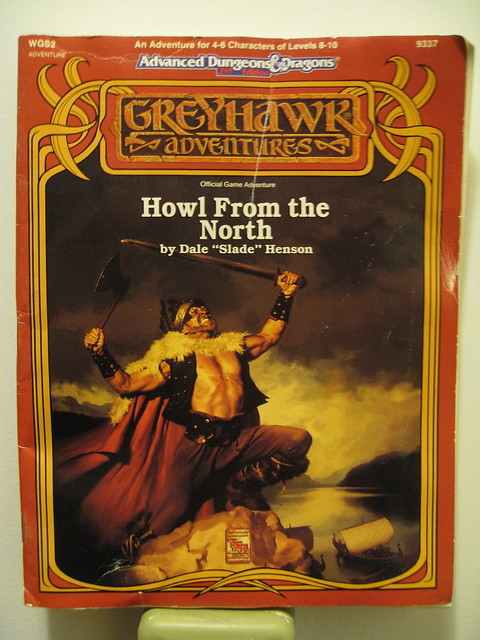 I found this old Dungeons & Dragons adventure lying on the ground when I went to go run my Oubliette campaign on Sunday. I was on the phone with

kingtycoon & we both sort of cracked up because, dang, that is super auspicious. On the flip side, I read through it & it is kind of crummy. It is about barbarians in Greyhawk, & that is cool, but it is sort of a magic MacGuffin quest for swords & you end up getting screwed over pretty badly in the end, since you end up summoning Iuz & there is nothing you can do about it. Railroaded into it! Though Iuz is the son of Iggwilv & Graz'zt, & Wilva is my favorite arch-mage from DnD. 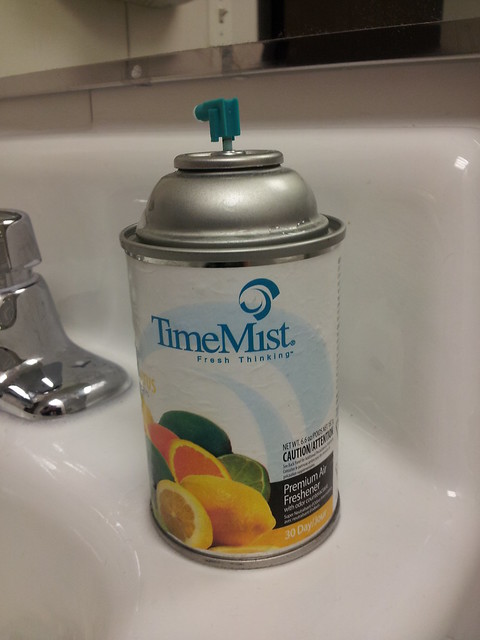 Yesterday Terra & I were grabbing lunch from Pret A Manger-- they have a salad with chicken & blue cheese that is really good with their lemon & shallot dressing-- & when I went into the bathroom I saw this. Time spray! Eat your heart out, Phillp K. Dick, we live in the future. Suck it, Doc Brown & Marty McFly; we may not have Mister Fusion, but we sure as heck have Ubik. Which is good, it should keep holographic reality from deteriorating. Entropy in the simulation? Get Time Spray, now in citrus!
Collapse