Beowulf, Grendel,
their time is done. A-viking
go the āglǣca.

I hadn't given this a whirl previously, & I'll tell you why: white folks. I mean, the default setting for so much of the literature of the fantastic is quasi-European that I just sort of discount the fetish for Ultima Thule, you know what I mean? It isn't a strong opinion or anything-- I just mean that it isn't something that draws me in. I can be swayed by a good pitch, or a shining review, or a hunch-- or in this case, a recommendation from Nick. Another strike against me picking it up was the back copy-- comparing your protagonist to Conan of Cimmeria is never a good idea, unless your protagonist is Elric or John Carter or like, Fafrd & the Gray Mouser. Those reservations aside, this was a lot of fun! A bloody tale of a Norseman gone civilized in Constantinople, come home for bloody vengeance-- or greedy opportunism, whatever. The story is slathered with machismo, but there are women present in the tale, & not just as objects. One of them--Thora-- is sort of part of the George R. R. Martin tradition of "well, violent patriarchy sure sucks," but Enna is an enfranchised, ass-kicking warrior, & Sven's relationship with Zoe is nuanced in its portrayal. Honestly, that is the reason I'm going to move on to the next one; this isn't just a bunch of bravo & bluster-- though there is that-- but a story, beyond that. A story with actual characters. The tales are complete-- this volume is the tale of Sven-- but I have confidence that the next volume, The Cross & the Hammer, will be good, too. This story was set on the Orkney Islands, which is neat, though I've always been a little more mystified by the Shetland & Faroe Islands. They're like the Svalbard of Britain! Makes me want to go re-read The Ice-Shirt or The Golden Compass. Oh & plus, oh man, Davide Gianfelice's art is scrumptious! Servicable & beautiful. Take a look. 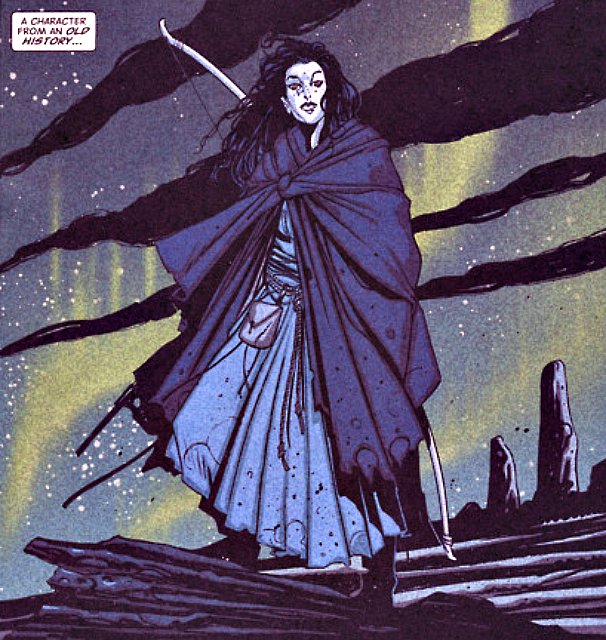 The next volume of Northlanders & the first thought I had on opening it was "did Ryan Kelly illustate The Punisher at some point?" & I guess he didn't-- I might be recognizing him from some other Vertigo comics-- but this book basically reads & looks like the story of the Celtic Punisher. Chris said that he'd liked all of the Northlanders except this one; Nick, who loaned it to me, said they were all sort of of a piece, to him. I...think I agree with Chris. This volume didn't work-- it didn't undermine my confidence in the sagas, but it wasn't that good. I felt like there was an over reliance on visual storytelling-- battles & fights, mostly-- that didn't really come together. Besides that, the twist was a little bit too easy to see coming, & a little bit contrived. So there we have it; that is the story I have to say about this. The best part was the fight with the dogs. It was short, & I rooted mostly for the "bad guy," the pagan detective.
Collapse