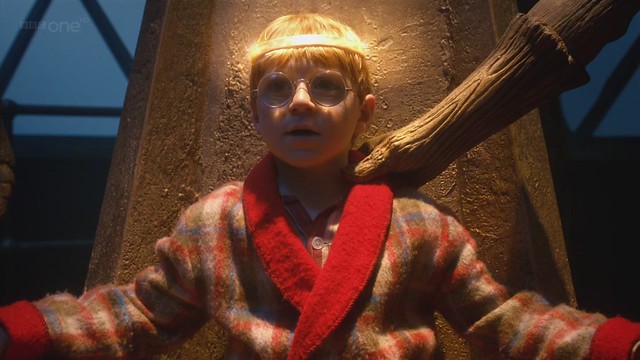 So I've been thinking about Dungeons & Dragons Fifth Edition a bit more. Or I should say, I have been thinking around it, since I don't know that any of the ideas I float in my head are things that the game designers at Wizards of the Coast would take seriously. As I mentioned, I ran my first Oubliette campaign on the d20 system-- on a largely modified but still essentially "Dungeons & Dragons-esque" framework. It wasn't that far a cry from the Third Edition-- you could see it from where you were standing. Apart from a few tweaks-- like armor giving you both Armor Class & Damage Reduction-- the biggest change was that I used a generic class system. Looking at Third Edition, I decided that there was no reason for class features, because Feats were a robust enough mechanical skeleton to accommodate the classes' unique quirks. Who needs a Barbarian when you can just have a Rage Feat Tree? I also looked at what classes provided, & realized you could break that down pretty easily; Base Attack Bonus, Hit Points, Saving Throw Bonuses, Skill Points & Magic. To that end, I had a "Fighter" class, an "Expert" class & a "Magic-User" class-- the three "base" classes. Fighters had d10 Hit Dice & a "full" Base Attack progression, Experts gave oodles of Skill Points, & I cribbed from the Psionics book & had Magic-Users use Spell Points...& I had the other classes have "Caster Level" bonuses that scaled-- full, three quarters, a half-- like Base Attack. I let Players assign their classes "good saves," & even had "medium saves," if you wanted. I also came up with some "advanced classes-- the "Survivor" class gave d12 Hit Dice & all good saves & the "Magic Knight" was a three quarters Base Attack Bonus & Caster Level class.

It was probably a needlessly baroque system, but at the same time, I think I got close to what I wanted to accomplish. What I ended up with was also basically the opposite of the direction Wizards of the Coast went with the Fourth Edition. Fourth Edition isn't customizable, isn't generic, isn't flexible. Feats aren't a good structure to build on-- they are instead vestigial rule complications with overly stringent requirements & stupidly specific scenarios for activation. Class features exist, but are again almost fossils from an earlier age; both Feats & class features are replaced by the Powers of the classes. They replace spells too, for that matter. What that means is that classes are largely balanced by the library of abilities that come part & parcel with the class. You know what I hated? When classes in Third Edition were limited by their spell list selection. A bad ad hoc system; you know, how bards had their own spell list, & how rangers had their own lists...& then how assassins had their own lists, & how blackguards had their own lists? What a terrible organizational system; it meant that the class wasn't supported unless things came out specifically for it, & it meant that class balance had to be individually weighed for each individual spell. Well! That bad system was the core mechanics of Fourth Edition. Every single class is nothing more than its own unique spell list. The fact that those lists are all combat powers is another thing, a different problem-- the heart of the matter is that from an informational level, from the perspective of data structures, Fourth Edition was screwed.

Generic division work because you can adapt them, backwards & forwards. Lets say you divide the spells into Divine & Arcane. From there out, you can just give classes access to Divine or Arcane spells, balance it by spell level. If a book comes out with spells in it, I don't have to worry if those spells will have a paladin list, or a duskblade list, or a shugenja list...because the system fits with itself. See how that is better design logic? I'm not saying you can't split things up-- as I mentioned, Arcane & Divine are the sort of thing that have both a reasonable in-game division & a good intellectual property legacy-- but when you split things up, split them up fundamentally, with the consideration of compatibility with what you already have published & what you will publish in the future. Making each Power its own "collectible card" isn't even the worst idea...if you give people a reason to want to get it. Having everything unique to a class, & then publishing a plethora of classes? Splits your buying audience. To that end, I have been thinking about how to divide it, & the answer seems clear: along the old school "four classes" axis. You can layer levels of complexity on from there, if you like. I personally think the best innovation of the Player's Handbook is the invention of At-Will, Encounter & Daily Powers, so why not start with that? Something like Martial: the Barbarian has lots of Daily Powers, like Rage; the Duelist is based around Encounter powers, with Secret Thrusts; the Fighter is the At-Will based class, never at a loss with lots of options. Magic-Users: the Wizard is the At-Will class, memorizing spells out of books; the Sorcerer has lots of Encounter Powers, exhausting him till he can rest a second; the Warlock is full of a lot of At-Will powers he can summon up unceasingly. Divine classes like a Daily Priest, an Encounter Cleric, an At-Will Paladin. Experts like the At-Will Thief, the Encounter Ranger, the Daily Bard. I don't know, I'm just brainstorming here. You can publish "Advanced" manuals later that have classes the splice together class categories. & here is the thing: anybody who plays a Martial class will have a reason to buy a book with martial powers, & so forth. Heck, let people take Feats that let them chooses powers from other classes-- make it easy for Players to have options & you make it easy for them to want more books, you know?

Thinking more about Potency as a sort of catch-all supernatural attribute. Watching the finale of Twin Peaks put me further in mind of it; I think we can agree that some kind of "spiritual advancement" is at play in that show, primarily as evidenced by Agent Cooper & Major Briggs, yes? I am willing to entertain the notion of a largely useless & expensive attribute...that occasionally becomes crucial. Or if not crucial, perhaps a better word is pivotal. You see Dale Cooper go to Glastonbury Grove...& step in-between the worlds. That sort of thing; something that most Players wouldn't focus on, because it is cost prohibitive with little in-game benefit, but the Player who really cares about being the Luke Skywalker or the Gandalf is welcome to purchase. For non-paranormal characters it could manifest as a sort of Luck attribute, perhaps? It probably is the Grant Morrison fan in me, but looking at "magic" as a code word for "narrative control" is another really attractive path. Storytelling & roleplaying is always a negotiation between the Player & the Narrator-- & the Worldbuilder, in cases where the person running the game isn't the same at the ones who made the setting-- & making the supernatural that aspect of the game made manifest is an idea. It would have to be done in such a way that it doesn't intrude on the immersive aspect of the story, which is tricky. I don't have easy answers, but I continue to think that charting the boundaries of the Paranormal versus the Supernatural will help find a way to integrate magic into a story in a way that is more fulfilling than throwing dice of damage.
Collapse