Yesterday was a nice little Date Day for me & Jenny. First thing, we threw away the Yule Tree, ye olde tannenbaum, & straightened up around the apartment a bit. The internet was on the blink & I was grinding my teeth! Jenny cooked us up some lunch & that helped sooth the black void of minor inconvenience born rage. Feel the fire power of this full armed & operational First World problem! We headed over to the movie theater & we saw the new Twilight movie, Breaking Dawn, Part One. So, I'm weirdly often put into a position where I have to defend Twilight. I mean, don't get me wrong-- they are bad books with a bad message! I'm with you there, but that isn't what people condemn. In fact, the stuff people gripe about is...well, wrong. "Real vampires don't sparkle!" is stupid. Anne Rice's vampires literally sparkle. There isn't a cogent vampire mythos. There just isn't. That is a key point to keep in mind, & Meyer taking the legend & bringing something new to it? That isn't bad, that is what writers do. Then of course there is the whole misogynist undercurrent whenever people complain about Twilight fans "ruining" a comic convention or a genre of fiction. Yes, we get it, contact with the feminine taints sometime irrevocably, yes, sure; our culture has messed up notions about gender alright. The books ain't good! There is plenty there to go after.

Like-- oh, how about the horrible racist underpinnings of the books! There is another part in this movie where a servant class of brown people are magical. Oh, you non-Aryans with your quaint superstitions, you really are closer to nature after all, aren't you? Ugh. The Native American thing is at least somewhat mollified in the films by having cast tons of actual Native American actors. Anyhow, lets see. The Nightmare Wedding was awesome. The regular wedding was fine. The sex was fun, too-- Bella in all her skimpy nightgowns & such-- but that was when Edward became unbearable. He was fine for a while, but then he got all terrible again. Jacob is terrible the whole movie. The CGI for Bella's illness-pregnancy was...distressingly good. Like, she seriously looked like a Holocaust survivor, it was...it was really spooky. It wasn't played for laughs & it didn't have some messed up eating disorder connection to it, so it wasn't offensive but it was...it was really convincing, like, scary. The plotline with her pregnancy is surprisingly Pro-Choice-- I mean, sure Bella wants to keep the fetus, but the word "choice" is bandied around a lot, as is the existence of an alternative. Oh, Alice, I liked her, but then, I should say that I like her haircut. Quirky girls with short dark hair! Speaking of CGI, though, the fights were really good! Which isn't surprising, since the fights in the previous films have all been really well choreographed. & the werewolves-- their whole pack dynamics & alpha stare-&-snarl-downs were well handled. If it wasn't for the three main characters being contemptible, these might actually be decent movies. 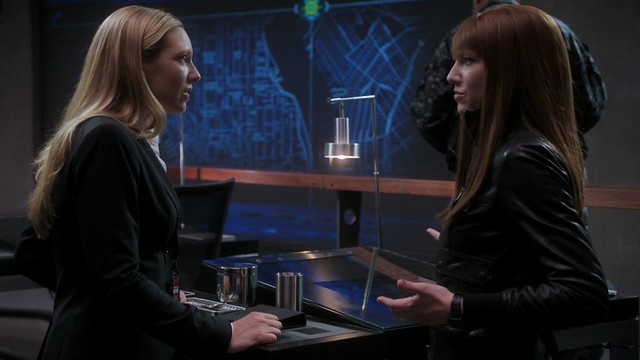 After seeing Twilight: Breaking Dawn: Part One, Jenny & I went to The Double Windsor to get some supper & some drinks. I had the catfish sandwich with fries & some hush puppies, Jenny had a burger & a beet salad. The plan was originally "burgers & beer" but after having burgers that Kira made the night before, I went another direction. & here is something you should know about me: hush puppies. There was a fried food joint in The Wasteland with an X-wing parked out front, & I would go there & get a meal that would come with two sides. I would pick hush puppies for both sides. & want more hush puppies. Another thing? Mini corn dogs. If you want to get down on fried bar food, you have two paths you can take. One, fancy tapas. Two, hush puppies & mini corndogs. Anyhow, it was a nice time; I started with a He'Brew Jewbelation Fifteen, a super busy beer brewed with a slew of oddities that was really boozy, dried fruit, & molasses. Jenny ordered the Saint Bernardus Christmas Ale, a creamy fruity brew that was spiced to the season. I liked the Jewbelation a lot, but the Barnardus suffered in comparison. After that we split a Jolly Pumpkin Noel de Calabaza, which was what Jenny should have gotten to begin with, I think-- a dark Belgian that was almost tart enough to be mistaken for a Gueuze. & speak of the devil, but what should we finish off dinner with but a Oude Gueuze Tilquin à l'Ancienne. Really odd smell; almost bread yeast, funky fruits. I liked it, but Jenny was really quite taken by it.

Then we came home, opened a bottle of wine, & put on Fringe. We were on the cusp of the finale when last we'd left off, & I was eager to take a few swings at it. "The Day We Died" is the finale itself, starting with a neat grey opening sequence. It is a dystopian future episode, & I liked it quite a bit. They did a great job of making Peter look older, but they didn't try too hard with everyone else, which is fine with me. It is the same for flashbacks (with their own neat retro opening sequence) where they don't lose their heads trying to make Walter look twenty years younger. Throw him in a Jheri curl, we get it! I like it when shows understand dramatic conventions; we are along for the ride, we've suspended our disbelief, get on with the narrative! I knew a spoiler about this episode, but now that it is past I am back to tabula rasa-- except of course I have my own theories. Earth-3, of course! Then we watched "Neither Here Nor There," the first episode of the new season, with a amber opening sequence. Double the Olivia, double the fun! Also, Lincoln Lee as a main cast member, which I had hoped for. I wondered "why an orange title sequence?" until I saw someone call it the "amber sequence," which makes much more sense. & of course, I say again, Earth-3. Jenny wanted to push for another episode-- I was tired! But I decided to press on, with the aid of Brother Whiskey. "One Night in October" is an interesting twist on the tired old tale of the serial killer, a good "double Olivia" episode, & had a well framed "Observer as Slender Man" shot.
Collapse