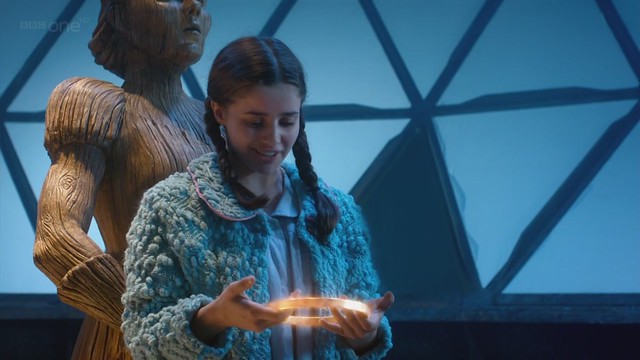 I don't know how much I have to say about Xmas, since we all live tweeted it in great detail. "We" being me, Jenny,

ranai. Over the course of Xmas Eve & the day actual we watched the first season of Gilmore Girls, & just for the record, Team Lorelai. The blog of record! Oh Lorelai, you are my favorite! After Jenny, who pranced around in the caftan I got her all day-- "like Clair Huxtable's mumu!" I wish I'd kept track of what we'd drank-- champagne, cider, wine, rum, beer, whiskies-- but I didn't. Buffalo Trace Kentucky Straight Bourbon Whiskey is a serviceable bourbon, Suntory Yamazaki Single Malt Whisky 12 is a really light whisky, but David doesn't really like it, Michel Couvreur Vatted Malt Scotch Whisky 12 is not Courvoisier but it is hard to convince your brain it isn't called that-- I checked the whisky, since we still had some of each left. We drank a lot of wine-- six red, two white, three ciders & two champagnes. That is the count, but details elude me. The ciders were the Spanish ones that we went out of our way to buy. We played a game of Settlers of Catan which I won, but only after excruciating turns of all sheep. So many sheep. So many. Like New Zealand. David prepared The Dinner, which was a filet mignon tenderloin from the very fancy hipster butcher shop, along with colcannon, Guinness & macaroni & cheese, whipped sweet potatoes, applesauce, cranberry sauce-- weird how "applesauce" is one word but "cranberry sauce" is two-- grilled root vegetables & asparagus. I got a good haul of loot & then we ended the celebrations on the Doctor Who Xmas special-- "The Doctor, The Widow, and The Wardrobe," which was rather charming & fantastic. Opened with a Star Wars homage, had the necessary melancholia, & had a pretty effing heartwarming endcap with The Doctor having Xmas with these two goons. & crying. & of course then became a full-on paen to Clive Staples Lewis. & had a bit that I couldn't help thinking of The Doctor screaming FRODO YOU MUST TAKE THE RING TO MORDOR!. The whole "motherhood is magic!" plot was sappy & if the mother had only gotten ahead through crying & magical maternity, I would have been pissed-- but then she whipped out a gun & put those fears to rest. Not that it wasn't uncomplicated-- Moffat is not so good with gender issues-- but I liked it a lot, yes. Seriously, this show must keep England's mime population steadily employed!

Heroes of the Feywild by Wizards of the Coast.

I'm sorry, the cover of this book is just awful.

kingtycoon has widely derided the art direction of Dungeons & Dragons Fourth Edition, saying everyone looks like they are constipated, & that is in full effect here, to my chagrin. The rest of the book...well, really lives up to the promise of the cover, in that I think it is pretty terrible. It is heartbreaking-- I liked 4e, & I thought it had promise, but they never really gave it the tweaks it needed. I would have fixed it by adding an "Unearthed Arcana" line, putting out a Big Book of Non-Combat Options along with a Big Book of Low Magic Options, allowing people to actually play the game in their own way. When the "Essentials" line came out, I realized they weren't really interested in the toolbox approach they took with 3e, & I wrote the system off more or less. That being said, I still have a lot invested in the mythology of Dungeons & Dragons, & I enjoy reading books like The Demonomicon Underdark...but this doesn't even hit those notes. It is just a laundry list of new Player options, as if the bloat of powers wasn't part of this edition's problems. & nothing for the Warlock? Seriously? I mean, "Fey Pacts" is one of the core options for the class!

It isn't all bad. It has Themes, first introduced in Dark Sun, which I think are great ways to add to Character development & Player investment in the setting. & the Themes are good, too: Sidhe Lord & Unseelie Agents are both evocative as heck. The Epic Destinies Wild Hunter & Witch Queen are both neat options that I could see someone aspiring to. & Boons! Another thing I like about Fourth Edition-- the ability to give Players new abilities instead of treasure is great. I mean, it is a necessary solution to a problem that DnD creates by having disposable items that don't scale, but that is neither here nor there. The point is, I like Boons, & they fit with a "fairytale" setting especially well. & speaking of the Grimmy nature of the Feywild, there is a neat Pan's Labyrinth homage picture in here, too. The items are pretty nice as well-- the Unseelie Candle, which sheds only dim light but illuminates invisible creatures, is something I invented myself, back in the first Oubliette campaign. I always like those little moments of convergent evolution.

I don't like the races in the book. They aren't bad, but they aren't fantastic, either. I felt the same way about the races in Heroes of Shadow as well, actually. Of the lot, the hamadryad is the most interesting, but perhaps I just think that because

fordmadoxfraud's Orrery campaign. The pixie...is meh. First off, the flavor text? Rubbish! There is a cute little "Sleeping Beauty" set up, but the gifts the ur-pixie receives are trite as heck. "Whimsy, play, care & laughter"? Barf. & then Corellon Latherian shows up to give the final blessing, "...the gift of wonder that is the purest form of magic." So much vomit, everywhere. Speaking of fluff, there are these "Bard's Tale" sections all over the book, & not a single one of them is an interesting story hook. The actual design of the pixie is...a little on the nose, don't you think? I mean, they have fairy dust that the can sprinkle on people to make them fly. Now, one of the guiding principals of my current Oubliette campaign is just to say "fuck it!" & go whole hog, but even for me, the Peter Pan thing is a bit much. As for the satyr-- well, this is me trying to clean up their clutter, but wouldn't have been neat to just say "tieflings who come from the Feywild are called satyrs" & then have an alternate racial power? I mean, how many guys with horns do you need?

Here is something that I don't think fiction has ever really come to terms with-- magic. & to cut directly to the point, so-called "systems of magic." & how I don't think it is really magic, if they have a system. Or anyhow, I do, but that is the magic of science! I might not be making sense, so let me try to explain a little bit better. Lets look at Dungeons & Dragons, exempli gratia. The so-called "Vancian system" of magic is that you memorize your spells-- chosen from a book, both in- & out-of-game-- & when you cast them, the effect happens immediately, & then is gone from your mind until you re-memorize it. Alright, but at some point, rote repetition & reliability take the mystique out of it, rendering the action mundane. "Oh, yeah, our first level wizard makes a pocket dimension that we climb up a rope into to sleep at night." Now, you can be like Eberron & turn into the skid, embracing magic as a kind of technology-- the "dungeon-punk" setting-- but that just serves to underscore the point. "Magic" as a superpower loses a sense of wonder-- I know, I was just making fun of a book for saying cheesy things about "wonder"-- & stops really being...well, magical. I mean, compare the Black Lodge from Twin Peaks to Hogwarts from Harry Potter; which really seems more supernatural?

Which is the terminology I'd like to start adapting-- Paranormal & Supernatural. Things that are outside of the scope of believability in our world, but still make sense in the framework of the fictional world are paranormal. Bitten by a radioactive spider, & then getting spider powers? Paranormal; in the language of the comic book medium, that is fantastic, but it is a set of paranormal powers. The supernatural is something that is bigger than the framework of the story, something slippery that doesn't follow safe rules. The Fantastic Four can stretch, ignite on fire, turn invisible-- but when Galactus shows up, that is a whole different ball of wax. He breaks the rules of the narrative; he is a god, not a villain. Galactus is supernatural, is something outside of comic book logic-- but he appeals to some deeper mythical structure, something resonant. What character class is Galadriel? What spells does she have memorized? No, Galadriel is supernatural, not paranormal; trying to pin her down like that doesn't work. How many hit points does Yog-Sothoth have? The issue is one of fantasy versus phantasmagory.

I've been thinking about it in terms of "Weird Fiction," primarily because my current Oubliette campaign has a lot of fantastic elements. Things that you could describe as "high fantasy"-- chimerical creatures, clockwork wonders, diabolical architecture-- but that work in the context of the story. That are "normal" for the world-- perhaps exceptional but not impossible. The actual supernatural, however, is in short supply. Who cares if a character has a steampunk arm, if the world contains the ability to have a anachronistic prosthetic? I mean-- it is still "magical," of a sort-- Sam's Character Curie Firstlight is an amazing inventor, a necromancer, an alchemist-- but it doesn't trigger a full on cascade to the supernatural. It is paranormal, liminal, in the grey twilight marchlands of plausibility. The paranormal can act as a signifier for the supernatural, can act as a gateway, but it doesn't automatically lead from one to the other. Some games have tried to give rules for the supernatural, but I am starting to think that you can't have a rules system for it; if you do, you've failed. The supernatural, when it intrudes into a roleplaying story, is the element you don't have rules for, the part you didn't give statistics.
Collapse