There is an idea that I used in the second Oubliette campaign but have subsequently abandoned that I periodically return to-- the idea of Potency. Or something like it, at least-- In the second campaign I used it strictly for paranormal characters, but of course given the way my campaigns tend to go, that ended up meaning three out of the four of them had a Potency attribute. The accumulation of magical characters is a conversation for another time-- it is a truism, & doesn't have to be a problem. Just a notable tendency; when you leave the membrane between the mundane & the uncanny permeable, the leak tends to get bigger as time goes on. Anyhow, by "Potency" I mean something like Vampire: the Requiem's Blood Potency, or Mage: the Awakening's Gnosis, or Werewolf: the Forsaken's Primal Rage, or Promethean: the Created's Azoth, or...well, you get the picture.

There were a few big perks to using it as a supernatural attribute. First, it was a nice marker, a nice rubicon. Are you magically active, yes or no? Second, the basic functions of Potency, with the ability to spend more than one point of Willpower a turn, or to have Attributes higher than five. Talking to my Player Sam about Willpower has made it clear that using Powers is often difficult, as it costs a point of Willpower to activate it & that means he can't spend a point of Willpower to augment it with three extra dice. Potency would-- at least in theory-- have a way to fix that. The third way is-- well, is a problem that I am actually having, using the World of Darkness & various game lines as a generic pool of rules. As it stands, most Power have a dice pool of "Attribute plus Skill plus something else," where something else is typically unique to the game line, or just not present in Oubliette. Attribute plus Skill plus one of the Werewolf types of supernatural Renown, or Attribute plus Skill plus dots in the Discipline for Vampire, that kind of thing. If I had Potency, I could simply say, across the board, that it is Attribute plus Skill plus Potency.

There are, however, some major downsides to Potency, as it stands in the books. The major problem, actually, is that the interesting perks-- more Willpower (or Vitae or what have you-- in Oubliette it would be Willpower) a turn & to have Attributes & Skills over five-- are out of reach for most Characters & most campaigns. Seriously, You'd have to get up to Potency five before they started kicking in, & to actually get an Attribute or Skill over five? That is cost prohibitive; thirty experience points for the sixth dot of an Attribute, but you'd have to have bought your way up to that in the first place. Considering that I've been running the current campaign for almost a year & a half, twenty-one sessions, & they've gotten about a hundred & twenty-five experience points? & I think I've been generous? It takes some of the oomph out of the perks.

I'm leaving out part of the story. So, in the second campaign, I used both Potency & a second Resource pool-- the way vampires get Vitae from drinking blood, or Werewolves get Essence from spirits or loci, or Mages get Mana, I had Players who developed paranormal abilities get a new pool to manage. That is something I happily abandoned; while resource management is a fun part of roleplaying games, using Willpower to accomplish that serves the same purpose, so I was happy to prune it away. This has some consequences, though; for one, as I mentioned in the post on Willpower, it means that people are double dipping into the Willpower pool. Having it be "Composure plus Resolve" is fine, unless you are like Tracey's Character & you don't have a good Composure or Resolve. Then your Willpower pool is terrible, which might have more far reaching consequences than it would in a straight-forward World of Darkness game.

Beside that, I am thinking it might actually be neat to have a non-Willpower pool to manage. In the current Oubliette campaign, the Merit "Title" has become very important-- sort of a spiritual variant of Status-- & it might make it "pop" more if it was Slumberheart's Potency Attribute. That is-- taking the Potency idea & stripping the paranormal requirement from it-- or if not entirely, making it something more elastic. Legend of the Five Rings has a mechanical system for Honor; for some Characters or campaigns, that might be the Potency attribute. Or maybe it could be Luck for somebody, or Sanctity or...well, maybe leaving it to be defined by the Player is the solution. Or the Narrator-- maybe in one campaign, everyone would have the same Potency attribute; in another campaign, everyone could choose their own. Arete, gnosis, renown, wyrd-- an intangible aspect of your Character. It sort of reminds me of the old Changeling: the Dreaming system, where childlings would get lots of supernatural Glamour but very little Willpower, while grumps had lots of Willpower but were skint on Glamour.

Of course, then the question becomes-- what of the practical aspects? See, above I've muddled two different ideas together, without even meaning to. One, the idea of a Potency Attribute. Two, the idea of a resource pool associated with that Attribute. In the first option, Potency would act like an Attribute, end of story. In the second, you'd get points to spend...which then brings up more issues, like, do the points do the same thing as Willpower? Add three dice, or let your character act unencumbered for a turn, or fuel a Power? Or should they have their own special rules associated with them? & then, once you start adding in new rules...well, you get away from the streamlined elegance that I'm going for. Ugh! See, it is a line of thought, but I haven't made up my mind about it at all. Mirrors has some ideas for "Dark Heroes" that might be worth looking at, but seems almost too troublesome, & definitely too powerful. No, the more I think about it, even if I do use a Potency attribute, I wouldn't want an Essence pool associated with it. The Potency Attribute itself though, that bears more thought. 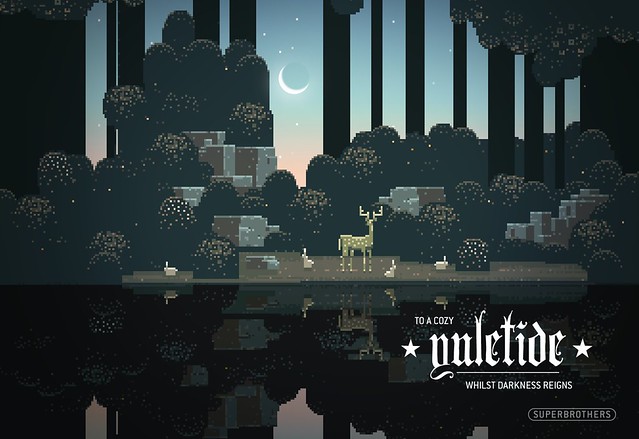