A bit of a frustrating workday, but it was all my fault. You know, making a bunch of copies only to find out they are printing two-sided when I needed them one-sided, can't figure out why I am having trouble uploading information only to finally realize I'm in the wrong year, just basic little goof-ups that I normally avoid. At least I wasn't so out of it that I didn't catch them; I try to be diligent & sometimes double-checking pays off. Okay, woah, I am apparently still out of it, since I'm brooding on the subject of printer settings. Let me shake that mantle off. My Monday was...well, barely even there. I came home, played some GoldenEye, ate a lovely dinner of pork, pasta & spinach, watched a little Daily Show, went to the gym, put in an hour & fifteen minutes, came home, played some more video games & went to bed. Really, a whole lot of nothing! The gym was productive; I had a two sentence conversation with a woman I'm "gym nod buddies" with. I find the social interaction at a gym hilarious. You know, people you've seen every few days for a couple of years. Strangers, but just fixtures of your life. You start at the little uptick nod, the jerk of the chin. Then the "hey man," into the "how you been?" & the like, long side wave. Just funny to me, these totally arbitrary bonds. No names or anything, just...faces & muscles. & there are different politics, different cultures between the cardio machines, the free weights & the weight machines. Really though, that was it. Oh, & I shaved. See, how little do I have to accomplish for "shaving" to count as a little check on my to-do list?

Then Tuesday was a swirl of action, a sudden clarion call to battle. It started off after work at Almond, for a co-worker's bon voyage drinks. I had the Keegan Ales Mother's Milk, though for a while I kept saying it was the Left Hand Milk Stout, because I'm easily confused. It was served freezing cold, & that really killed the beer, actually-- if I'd been patient enough to let it warm up it would have been much better. I left there early & raced home to Jenny in Brooklyn, gave her a kiss on the cheek, watched the Christmas episode of My Little Pony: Friendship is Magic, which was a passion play about the founding of Equestria...& wendigos?! That show, gosh. Then we were off, back into Manhattan! First stop, the Spanish wine shop, since there was some fancy fermented ciders Jenny wanted. After that, we stopped by Kat's apartment just to say hi to her & everyone else-- hello!-- & then we left, quick as we came. Hit & run! We went over to the Bourgeois Pig to meet up with Marie & Sydney, but the place was packed! I mean, I actually had cognitive dissonance & thought "well, it is the weekend, so no duh it is packed." We gave the maître d' our phone number & headed over to Mini Bar for a drink; I had the Chimay Red. The Bourgeois Pig called us up after about a half an hour-- we guessed at how many point on Open Table Syndney had & I won, but only because I guessed higher than Jenny & Marie & Sydney had a nigh infinite number of them-- so we headed over there. That place is a clever little cave, isn't it? All red & dark. Like Bag End of Hobbiton through the Lynchian filter of the Black Lodge. I liked it! Jenny & I split a punchbowl full of Charlemagne's Cup, a drink with Lillet, orange cordial, lemon, orange bitters, chocolate mole bitters, & Pol Roger champagne. Then we parted ways, stopped by Kat's again-- I'd forgotten my bag there-- & finally came home! 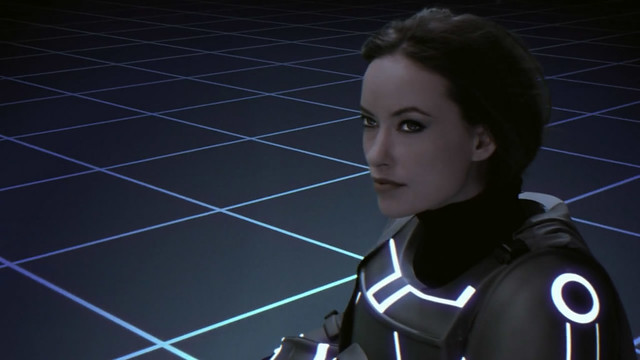 Alright, where are my ancient warfare nerds at? I've been thinking about armor & weapons in the World of Darkness again. I don't hold White Wolf responsible, actually-- the armor rules they have work just fine in a modern urban paranormal setting. Well, with the exception that everybody should just be wearing a kevlar vest all the time, since there are no drawbacks, really. It only becomes a problem when you run a fantasy game on the same system, which is what Oubliette is. Now, I'm of a few different schools of thought, here-- I haven't made up my mind. One school is to radically simplify it. Have three or four abstract types of armor-- Light, Medium, Heavy, Ultra-Heavy, lets say-- & then just scale the bonuses & penalties from there. Actually, I take that back-- that is almost certainly what I'm going to do. Where the divergent ideas really come in is what bonus armor should give & what kind of penalty it should have. That is-- as it stands, armor gives you an "Armor Bonus," that function like Defense in that it subtracts from incoming attacks. It also penalizes your Defense, under the logic that being bulky makes it harder to get out of the way. At extremes it works-- the full plate armor gives you an Armor Bonus that is higher than the penalty, & the penalty became moot once it subtracted all your Defense. The problem is, it seems counter-intuitive, & it is just sort of confusing on a fundamental leve. Not to mention that scrambling for marginal improvements is the Dungeons & Dragons ideology, & I am happy to have escaped it by moving to a more abstract system.

So the first possibility that I am seriously entertaining is to nix all that & have armor give a bonus to Defense. Seriously, why are we complicating things? I like the World of Darkness because it is streamlined, so why work against that? The elegance & ease of this appeals to me. Now, troubleshooting down the pipe comes up with a few minor snags, but I think they actually end up working out. Going "Light: +1 Defense", "Medium: +2 Defense" & "Heavy: +3 Defense" has a simplicity that seems like it might be too easy-- is wearing a breastplate & chainmail really just two steps better than wearing boiled leather? I think it actually is, especially once you consider the constant iteration of attacks. That bonus to defense means it is a penalty to every single attack against you-- it really adds up. Not to mention, but yeah; I think leather armor isn't all that far a cry from plate-&-mail. A cute little quirk here, also-- the "called shot" penalty is -3, meaning that you'd have enough armor, in heavy armor, to even out with attempts to by-pass your armor. Just something I thought of that is neither here nor there. "Ultra-Heavy" would be a +3 but transform lethal into bashing, perhaps? The other idea is to make armor into a damage soak. I mean, I was thinking about armor-- or at least, my understanding of armor. I don't consider myself a technical wonk about armor, so I could be off base here, but it seems to me that a lot of what armor does is to deal with lesser blows. That is, you slash at me with your sword, but the tip scrapes against my cuirass, leaving me none the worse for the wear, whereas without it I'd now have a nasty cut. You could scale this the same way as above, "Light: Soak 1", "Medium: Soak 2", "Heavy: Soak 3" & boom, there you are.

What about weapons like hammers, that are meant to overcome things like chainmail? What then, I ask you? Well, then I start thinking about Traits again. Traits are key to my line of thought, these days. They would allow a lot of simplification, because the trait itself could act as a totally subjective way of bringing specifics into play. Are you trudging through the freezing cold? The "chainmail" Trait on your medium armor can come into play as a flaw! Using your "+3 weapon" against a guy in a chain shirt? Sounds like a perfect opportunity to use the "warhammer" Trait! It provides a tool for separating the abstracted rules into evocative story concepts-- & really, who cares if you are wearing leather, or studded leather, or leather-&-scale? I don't really care from a mechanical perspective, but I am interested in it from a ethno-historic viewpoint, & from a visual character design angle, too. So, if I lock down the bonus-- either Soak or Defense or some unholy combination of the two-- then all I have to figure out is what kind of penalty. Encumbrance penalties are notoriously easy for Players to "forget," but some people have expressed doubt as to the "Willpower Penalty" notion-- the idea being that pushing through the weight & discomfort is the real pain of armor. I don't have a satisfying answer yet, but I think I'm getting closer, little by little.
Collapse