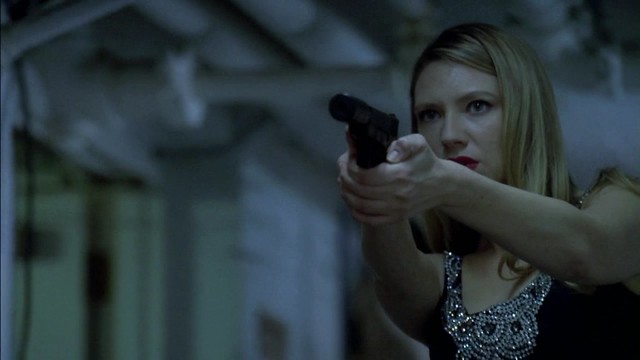 Another lazy weekend day of television & video games. Started off the morning brainstorming with Tracey about her character for Oubliette, then I popped in GoldenEye to fiddle around. I had a game where I was doing phenomenally until the host ragequit, nullifying all the experience points I'd earned. Boo. Jenny & I watched the Jimmy Fallon Saturday Night Live, but really I think we were more excited to see Amy Poehler. Team Leslie Knope! Nothing in the episode as good as Taran Killam dancing to Robyn, though. After that, we finished up the disc of Fringe that we started yesterday, which means we watched the episode "Concentrate & Ask Again Later." Which involved mind-reading & bone-melting & Olivia running around in a somewhat low-cut evening dress with a gun. At one point the mind reader says "the tall one thinks you are hot," which is like-- really. No kidding. The super attractive FBI bad ass in the sexy dress is hot. I'm shocked. It was a fine episode, made into a good episode by Anna Torv & Joshua Jackson. I didn't believe their romantic chemistry, but this new "almost but not quite" tension is good stuff. Breakfast was peanut butter & Nutella on English muffins, lunch was eggs over slices of avocado. I took off for the gym at the welcome urging of

ranai, but I only ended up staying for an hour & fifteen minutes. My stomach was bothering me, which is a shame, since I'd been hoping to power through a nice block of time. Still, maybe I can twist it into motivation for going tonight. Came home & then Jenny & I watched two episodes of Leverage-- two concept episodes, "The Girls' Night Out Job" & "The Boys' Night Out Job," each of which took place over the same period of time, with some interweaving plot points. Of the two, "Girls' Night Out" was the better episode; "Boys' Night Out" suffered the big problem that occasionally plagues Leverage-- flashback sequences explaining everything in mind-numbing detail. Listen, I think there is a sad truth to the Mencken quote "No one ever went broke underestimating the intelligence of the American public," but come on. I get it. We all get it. You don't need to suck up seven minutes of screen time rerolling old footage. Still, both episodes were utterly absurd & over the top, which is what I was in the mood for. Sometimes a more serious heist story is fulfilling, but I wanted a more cartoonish twist, & I got them. Leverage has been on point this season. I'm glad they've been renewed for a new season. & I miss Human Target. & then, with that, it was time for bed.

Our Hero: Superman on Earth by Tom De Haven.

I bought this book because of targeted advertising! It is a perfect example of how I want advertising to work, actually-- yes, please, tell me about products I might actually want! A university press book about Superman? That is exactly the scene I'm into. I didn't realize it till I started reading Our Hero, but I've read this author's work before-- he wrote a Superman novel that I didn't really enjoy called It's Superman! My diary says I thought it was crap, but my dim recollection of it is that it just...didn't quite fly, no pun intended. Our Hero is superior, but ends up being a rather rote history of Superman, as a fictional construct. De Haven seems to admire the earlier, self-invented Superman-- the Superman who comes into being without any coaching from Ma & Pa Kent, without the distant tutelage of Jor-El. I get it! I don't agree, but I get it. I mean, I understand the secret history of Superman better than most-- the Outsider from Cleveland who leaves to move to New York? Yeah, I am down with that. I get growing up in the Wasteland & becoming yourself in Metropolis, since that is what I did. De Haven starts from Siegel & Shuster, stops off on an aside to let you know Jerry Siegel ends up with the girl who modled for Lois Lane, Joanne Kovacs, goes from there into the Fletcher Hanks-like early period of comic books, & onward & upward into the Golden Age, the Silver Age, George Reeves, the Bronze Age, the Dark Age-- I'll never forgive Larry Niven for "Man of Steel, Woman of Kleenex"-- & ends up touching the hem of the Renaissance. He's a good historian, with an easy tone, but we never quite get around to seeing eye to eye. Tom De Haven doesn't like the Krypton bits of Donner's Superman: the Movie. How is that even possible? The crystalline Krypton is brilliant. Any of the Flash Gordon science-fiction would seem incredibly camp & dated; Donner's Krypton is utterly alien & beautiful. & the movie meandering all over the temporal map of American history? That isn't accidental! Sure, Superman lands on Earth during the Depression, he grows up in Kansas during the Fifties, & is a young man in Metropolis during the Eighties. That isn't accidental, that isn't a lack of internal structure, that is a use of mythological structure! Towards the very end, De Haven mentions Grant Morrison's All-Star Superman, but only briefly, only in passing, & then he goes on to talk about the timeless components of the Superman story...without mentioning Morrison & Quitely's perfect four panel open. A missed opportunity, but De Haven does understand, he does get it. Really, the biggest problem this book has is that it came out a year before Supergods, & you can't help but compare the two. Ultimately, whatever criticisms I might have are only friendly, are only arguments of doctrine amongst people who fundamentally agree. You can add things to the Superman mythos. You can take things away. But there is just something that makes it Superman. Something you can't alter or destroy. He even goes so far as to call Superman a tulpa, & now finally, we are on the same page. Our hero. 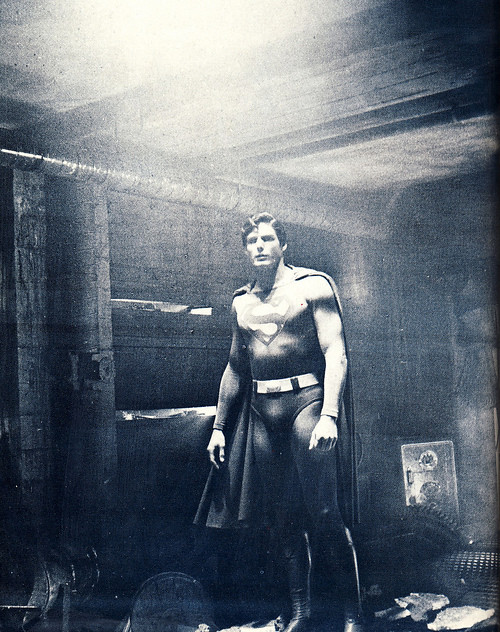