This was a really pleasant surprise! I mean, I shouldn't have been taken flatfooted-- these First Second comics are usually pretty great. This is the artist of Brain Camp solo work, & I have to say, it surpassed Brain Camp, if you ask me, & belongs on a bookshelf next to Anya's Ghost. For more reasons than just quality; both are also a sort of coming of age story for young women, both are sort of outcasts finding their way in the mess of high school, & both have...ghosts. The haunting ghostly apparition is a thing in First Second's comics, I don't know, it just is. This has a sort of post-Scott Pilgrim visual mentality, without the video game references & mad cap digressions. I liked this a lot; it sort of made me want to get a mohawk. Also, yeah, I totally had a picture of that prosthetic hand in my Oubliette image folder, don't you know. (Oh, & for the record, Alistair is right, Ripley is super hot in her underwear; that doesn't mean she kicks any less ass in those movies.) 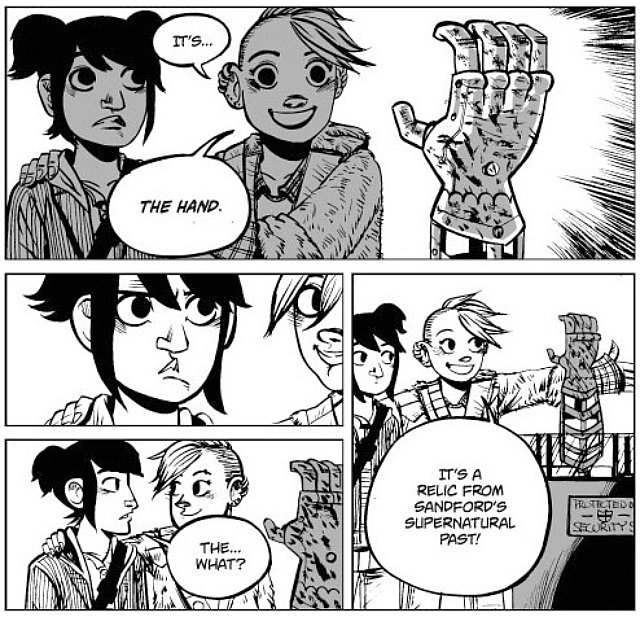 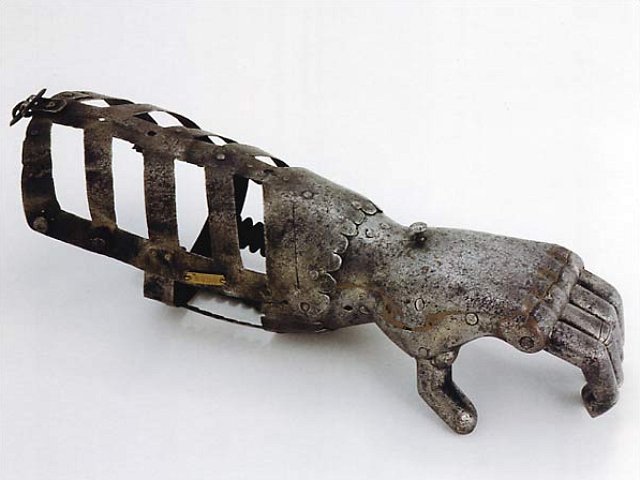 The Death-Ray by Daniel Clowes.

"Pop!" & just like that,
no more squirrel. No more best friend.
No more everyone.

I read this to see if maybe my opinion of Daniel Clowes' work had changed. It hasn't. 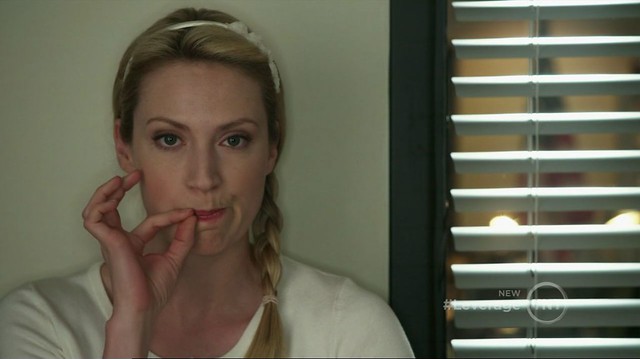 I don't know, I can't really keep up with this week so far. It is Holiday Office Party season, & every night this week is booked with something or other. Well-- actually, I guess I didn't have a party on Sunday or Monday! I went to the gym those nights, in preparation for the holiday slog. A rising tide of egg nog! Buckets of booze & a persistent respiratory infection. Tuesday was the wizards & spaceships party, & that was a lot of fun; I came home to Jenny & we watched The Office episode "Goodbye, Michael," which is Steve Carell's last episode. I know it would squeeze an emotional response out of Jenny, so I'd been behind the scenes calling the shots-- we haven't watched The Office for a few days, as I've been trying to empty out the DVR...which was really just a ploy to wait for the appropriate venue for the cathartic finale. Which is what it is, right? It is basically the series finale for The Office, even though it keeps going. I also had a safety net ready! I'd seen in the "next episode" stinger on the last Leverage episode that they were planning a spoof of The Office, so I put that on after "Goodbye, Michael." I'm pretty thoughtful, right? Then Wednesday was the Sales Party-- actually, Wednesday was pretty bonkers, the whole day. Long meeting first thing in the morning, then a department lunch at Duke's full of fried food, then a champagne author toaste & then the party. I was all coughs & sniffles, so I limited myself to a glass of wine, & then home. Sorry, Aubrey's party! But I had people coming over for Television Night. Not that we actually watched television-- Netflix was on the fritz & America's Next Top Model is on hiatus. Instead I played

fatbutts, & then Danielle went online to play versus the sharks on the internet. It was a scattered little event-- I mean, the first person shooter wasn't the focus of the evening or anything. Mostly people just talked amongst themselves.
Collapse