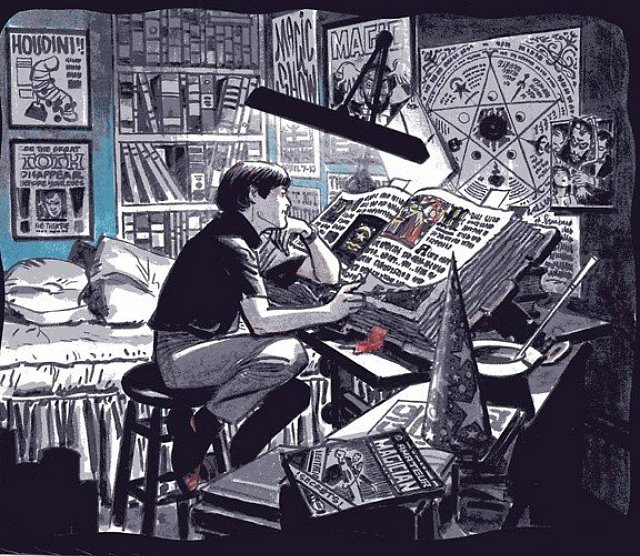 ("The Socerer's Apprentice" by Alex Toth.)

I've struggled with the role of Attributes in Oubliette for a while now; specifically, the derived attributes like Willpower & Defense. The crux of my problem is that there are Attributes like Intelligence & Presence that just get left in the lurch, while other attributes do double duty-- like Dexterity figuring into Defense, Speed & Initiative, for instance. It isn't a system-breaking problem, by any means, but it offends my sense of elegance. Now, Sam has argued that in traditional World of Darkness, this might be because you are expected to roll Presence more than Composure, Intelligence more than Resolve, but that isn't how I run Oubliette. Quite the opposite, in fact; I consider it a point of pride to use the full range of Attributes. More to the point, I like finding reasons for unlikely Attribute & Skill combinations-- you have to use Composure plus Medicine to operate on the soldier who is screaming & thrashing in his restraints because there is no anesthesia, you have to roll Strength plus Socialize to make friends in the carnivale strongman competition, you have to roll Wits plus Athletics to plan your pilgrimage up the cliff of the unholy mountain; that sort of thing. Anyhow, my big brainstorm-- & like a lot of my mechanical musings it is just an idea in a rather raw state at this point-- but it is sort of obvious, in retrospect: averaging. Just taking the average of a range of statistics-- Power, Finesse & Resistance seem obvious, to me-- & using them to derive attributes. Okay, I'll admit it isn't perfect-- Averaging Intelligence, Strength & Presence to derive Willpower seems wonky because it has Strength in there, but averaging Wits, Dexterity & Manipulation to find Defense makes sense, & averaging Resolve, Stamina & Composure for your Health has a certain ring to it, as well, though Composure is sort of strange to have crammed in there, as well. I don't know, it was just an idea I had that I wanted to jot down before I lost it.
Collapse