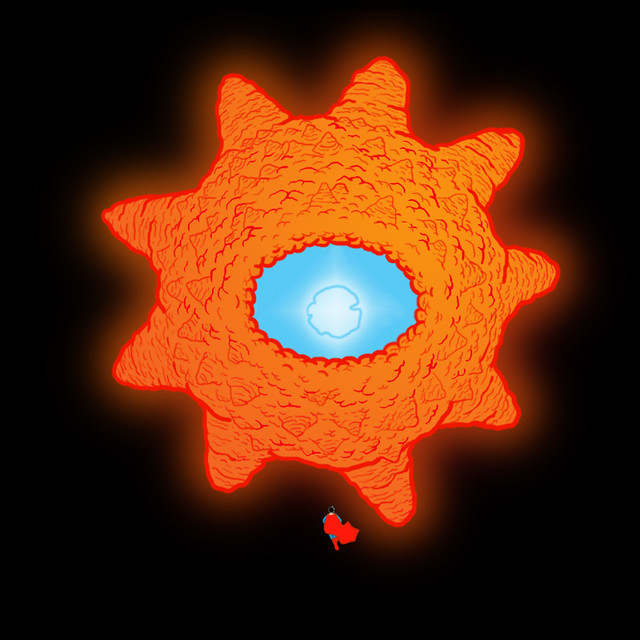 So my weird nightmare on Thursday night-- along with a night of alternatingly shivering & sweating-- was in fact the opening volley in my war with the Mouse God, my struggle against Apollo's curse. I was sick as a dog. A sick, dead dog. Same kind of pattern as the last time I had a stomach bug, but not quite as bad, thank heavens. Friday I was "sick," but come Saturday it had become a full on plague. Pull on your beaked mask & poke me with your wand, herr Doktor Schnabel! Drastic malfunctions. Still a disaster on Sunday but slightly less of one. Almost up to some kind of operating level-- Safe Mode only-- on Monday, but no, not quite. Only when flush will all the drugs I could get. I ate some solid food, though! Tuesday I went to work & functioned at 66%. I had stuff I needed to do. While Jenny quilted, & brought me things to sooth me-- on Saturday I ate a piece of toast & drank a cup of broth!-- we watched the American Office. Jenny's been watching them for a bit, & I've seen a surprising number of episodes here & there, but by & large it is new to me. When I say we "watched" them I should clarify; we engorged ourselves upon its carcass like a boa swallowing an entire deer. We opened wide, unhinged our jaw, & took in more than you could possibly believe was possible. I mean, what, three seasons easily. Probably more like almost four. The best bit of the series so far is the stinger monologue by Hidetoshi Hasagawa. I don't like being sick, & I sure as heck was. I slept on the bathroom floor at one point. More convenient! I had to keep taking ibuprofen to keep my fever down; if I didn't, I started shivering like I was iced upside down in the Wampa cave, but then when I did I broke out in buckets of sweat. Disgusting. On the plus side, Jenny really likes it when I'm a lump that does whatever she wants & doesn't demand attention from her, so being able to quilt & watch television on her terms while I huddled under a blanket was her ideal scenario! There was a bit other television-- Invader Zim, Storage Wars, My Little Pony: Friendship is Magic, but The Office definitely dominated. Anyhow, you can tell I'm feeling much better, because I want coffee & wine suddenly. Not together, ew!
Collapse