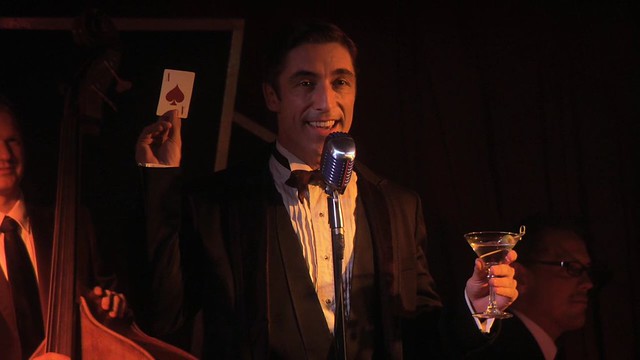 What is even going on on Gossip Girl? I'm told by Jenny that the show was never very popular, but just beloved by media professionals in Metropolis, which I can see being true. Still, we watched the episode "The Big Sleep No More," because, well-- well, because they go to Sleep No More in it. I entertained myself by imagining I was one of the actors trying to learn their lines-- I mean, like most prime time soap operas it concerns the lives of ridiculous people, so you get Blair being like "I have to seduce Chuck Bass to prove he is still evil before my fiancée the duke returns from negotiating the peace treaty in Europe!" So that is sort of fun. I mean, clearly it is Ed Westwick's show now, right? I mean, he oozes a smarmy charisma, he's like smug sleaze in a suit-- he's great. Blake Lively is alright, too-- or I mean, she provides the skeleton for the show, right? She's a weird entrance character, but she's got a certain Amazonian thing going on. Anyhow, blah blah blah, the plot doesn't really make sense, everyone is absurd, but they do go to Sleep No More, which is vicariously fulfilling. Constance DeWinter, Maximilian Martell! Bathtub scene! Of course the actors push their masks up & talk-- taboo & banned behavior at the actual show-- but I thought it was handled well, removed from the drama. I would have liked to see more of the show itself, but I was charmed by Gossip Girl including it in the first place-- I mean, I tuned in, right? & seeing Chuck Bass sitting alone in the candyshop eating red hots was totally worth it. 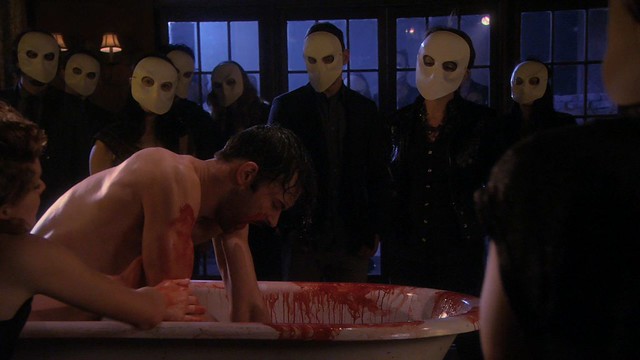