This is the worldbuilder's novel, in the Hyperion Cantos. The first one is the purest expression of the story-- the fantastic Chaucerian framing device, the mysterious presence of the Shrike, all stirred into in a science-fiction setting where everything hung together as Simmons shifted from genre to genre. The second book is decent-- more of a sequel & coda to the first than anything-- but makes some mis-steps in stopping to explain things. The obsession with Keats is charming, but Fall of Hyperion is just an okay science fiction novel with heavy intertextual elements, whereas the first novel transcended that, becoming more than the sum of its parts. Simmons is aware of the critiques of the second novel... & they appear in Endymion as criticisms of the "Hyperion Cantos," the poem written by Martin Silenius. You know how I like recursive narratives-- bring on the Borges!-- & having the poet from the first two books having actually written the first two books in the universe of the third is right on... & then having characters discuss the "apotheosis of Love" bits as doggerel? I'm charmed, especially since I tend to agree-- I think Simmons over-reached & fell short with his whole Plank length calculus of agape.

This book, however, is set three hundred years after the last book, after the Fall of the Hegemony of Man, & it evolves elements of the first novel in a really interesting way. It is as if Dan Simmons looked at the MacGuffins of the first first novel & sorted out the ones that would have the most far reaching sociopolitical impact. The cruciform parasite that acts as the driving convention of Father Dure's story? Combined with the ascent of the Catholic Church over the two previous books? Gels together really plausibly in Endymion, resulting in the Pax, & the sheer renewed terror in the phrase "born-again Christian." I guess that is what I mean by the "worldbuilder's novel"-- like when I switch campaigns in Oubliette, you can tell Simmons scraped together the ideas that were still vibrating & burning bright in his mind & the recombined them, shoot them into a new combination that told a totally new story that still maintained a vital thread of theme & narrative with what came before. Terra said the cover looks like "Huck Finn & the Shrike," which really nails it...but also sums up the plot pretty well. Or at least the bits with Endymion, Aenea & A. Bettik, anyway.

& then there are the fiddly bits. The widgets. The coined words & anecdotes & turns of phrase. Places where you can see that Dan Simmons is having a wonderful time writing these books. Seriously, the psychological forces compelling the biological android not to harm humans? Asimotivators. Oh, what, that is adorable. The doubled letters in the android naming conventions are clearly born from the same impulses that doubled up the letters in the homunculi's speech in my NaNoWriMo novel Wil O' Wisps, which also were reflected in the Ousters in the first book. Always neat to see convergent evolution. Also, I can't get enough of Simmons going on & on about Teilhard de Chardin; along with the culminating Frank Lloyd Wright reference, it is some of the better bits of textual muddling. Actually, the whole bit on Sol Draconi Septem is great, from the terror of the ice caves to the prime-numbered Chitchatuk to the "paleolithic astronauts" sequence of travel across the ice. Wonderful. & I have my theories about the farcaster gates! Notions. I'm iffy on Rhandamanth Nemes-- though the Terminator Two relationship between her & the Shrike is great-- but I think the next book will give her a chance to fill out as a character...& anyhow, Father Captain de Soya & the Swiss Guard are such compelling adversaries that it is hard to be cross with Simmons for not fleshing out Nemes better. Puns intended. 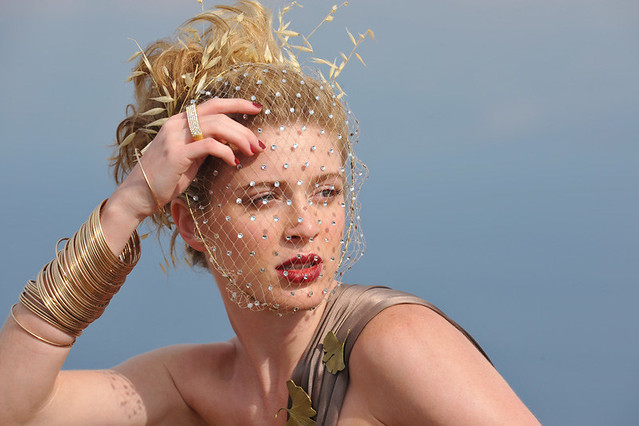 Oh, last night's Television Night was a doozy! It wasn't particularly notable, but I think it was a pretty good Platonic realization of the occasion, you know what I mean? A decent representative sample. We started with Rachel's-- I had to go over there to set them straight about the kind of burritos they will or won't make-- & then I poured some Dark & Stormies. The ginger beer I got was actually pretty great-- it exclaims on the label that it is "peppery!" & it in fact was.

fordmadoxfraud was running late, so I put on Storage Wars, which

elladorian had never seen. Barry was in top form, & Jarrod & Brandi were pretty good, so I think the episodes we watched scored points with Maggie, & David too, when he rolled in. & then it was a double header of America's Next Top Model All-Stars. The first episode was...well, it was watching all the girls in a giant bowl filled with cucumbers, tomatoes & feta. A giant Greek salad. While the models poured olive oil over themselves. Possibly the most ludicrous shoot yet. Next up was drama drama drama, with Angela being her usual defensive self. Girl is a mess, but whatever. She's apparently the favorite to win it, according to the rumormill? Which is insane; Creepy-chan has been dominating from day one, & Laura is her only real competition. Or well, I like Laura a lot, but she's not really that much competition. Speaking of Lauras, I got David to search for "gap teeth big boobs" because I couldn't remember Lara Stone's name. Somehow the other models think Allison is the "weakest" one, which is really puzzling. I can't decide if the just don't understand what modelling is, or if they are just haters. Curious. Anyhow, between the dark, the storm, & the Lagunitas Whiskey Tango Foxtrot there was a general feeling of gregariousness all around by the end of the evening.
Collapse