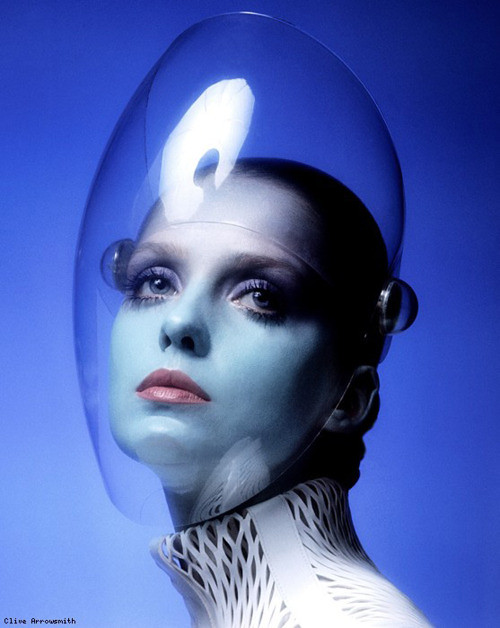 As I mentioned, Bernie guest starred in this episode of my Oubliette campaign. This is notable, because other than the folks from the "Oubliette 0.5" campaign back in the Wasteland, Bernie is one of the four alumni from the first Oubliette campaign, along with James, Mike & Gerd. A flash to the past. Along with Mike's cameo it provides a nice sense of continuity between where we started & where the game is at now. The setting has drifted far afield since those halcyon days in Mike's basement, but the more things change the more they stay the same. In this case, very much the same, as Bernie reprised the role of his first campaign character, Itslé Atahwa. Or rather, the fully realize Xitari Atahwa. The character arc in the first campaign had involved a fair ammount of ethnographic speculation, archeology & invention, culminating in both a vibrant subculture. That, & a healthy dose of genetic memory, led Atahwa down an eventual path of cyclical reincarnation. We laid down the framework, & now almost five years later we've got the follow through. Millennia have passed, reboots have occurred, but the Atahwa-pattern survives them all. Out of the Savage World to the east he comes, out from the BLACK HORIZON. The term we used in emails to describe his tribe of Human/Karnak hybrids, his ethnic & religious organization, was the CULTure, which I find endlessly charming, melding seamlessly with the science-fantasy tone of the current campaign. 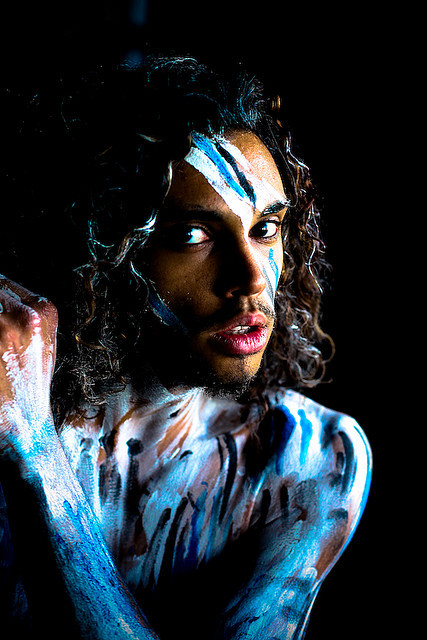 We started quite simply with a recap-- something I adopted a few sessions ago that has really stuck. I ask the Players to tell me about what happened last game. This time it was mostly James & Sam, since they'd been on the random side adventure, but Tracey was there for the end & she piped in to speculate on a few things. A nice way to see what stuck in the Player's memory. That soon eased into introducing Bernie & re-introducing our heroes. I started with Atahwa-- & his howdah-topped oliphant & a crew of several male Shatero members of the CULTure, along with one female Itslé-- meeting the destriars. Solemn-faced White Bodhisattva Anointed by Rosewater, the enormous "Death Bantha" of the Licorice Mob, & the Chariot-influenced wagon. The Karnaks followed thereafter, & Atahwa is speaking with Savage the Perfumed Axe & Hopping Lace-- well, Hopping Lace, since Savage the Perfumed Axe doesn't have a tongue-- when Blue Glory the Nightmare Lotus climbs up out of the hole to the Demi's underworld, followed by Slumbering Heart Sleeps in the Blue House, the self-described Duke of Nothing, & Curie Firstlight in all his exoskeletal armor. 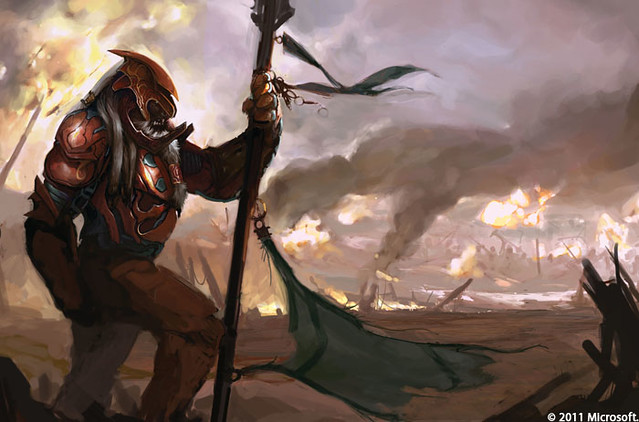 (Savage the Perfumed Axe;concept art from Halo: The Art of Building Worlds.)

We proceed into a nice "describe your character" montage, which I always find to be a nice centering technique. Everyone has a chance to sort of figure out new things about their character as they start saying them-- it is a workshop on the fly. The party is pretty badly banged up-- Curie has been torn up by the amphibigator pretty badly & had his armor shredded, Blug Glory had a flechette bolt impacted & stuck in her knee & Slumberheart was covered in a host of relatively minor wounds. This segued nicely into a set piece of drugs & holistic healing at the hands of Xitari Atahwa. Something I admire about Bernie is his ability to improvise set pieces, & I try to do my part to help it along by giving "nudges" in the form of dice rolls & passed notes. Sure, those hallucinogenic Flowers cause intense existential introspection, with very real mechanical effects! Tracey really nailed it, starting with frustration at her inability to care for her own wounds & her questions about her family; Sam broke out some poetry while Atahwa surfed the high with him & James played the preternatural composure of Slumberheart well. 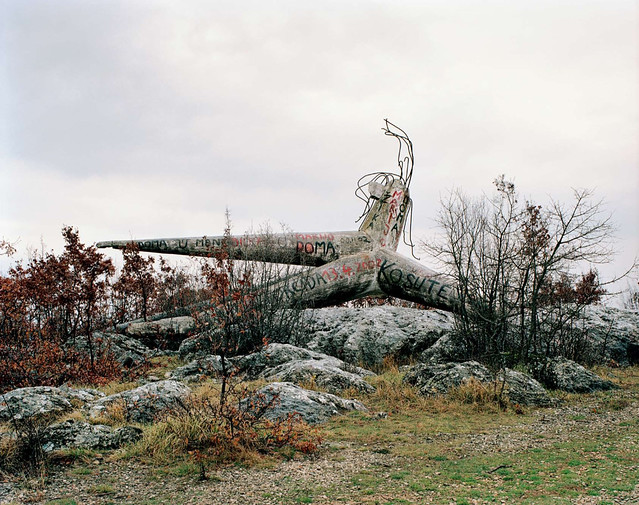 Eventually it is onward, inward & upward. The Karnaks-- their "death Bantha" is like a cross between a wooly mammoth & a triceratops & dwarfs even the oliphant-- lead the way across the pink fields to the broken Fortress of the Ferra Incunabula, where the group has been traveling to have a diplomatic meeting with the Spice Drop Duchess, wife of the Duke Regent & the aristocrat whose lands the Hungry Templar occupy. The fortification is on the border between the Licorice Duchy & the Marsh Mallow Duchy; it was destroyed by the armies of Duke Slumbering Heart Sleeps in the Blue >House of Saltwater & Duchess True Love Waits of Marsh Mallow, the deceased older sister of Slumberheart's now betrothed, Duchess Rise Up With Fists...& Slumberheart's ex-fiancée, before her death at the hands of the Licorice Duke. The ruins of the place have brought it low, & the local Mobs have covered it in all manner of graffiti...still, one bunker inside remains uncollpased, & it is there that our friends enter, leading their destriars through a concrete door frame, while the Licorice Mob Karnaks remain without. Xitari Atahwa goes with them, for he has his own business with the Spice Drop Duchess. 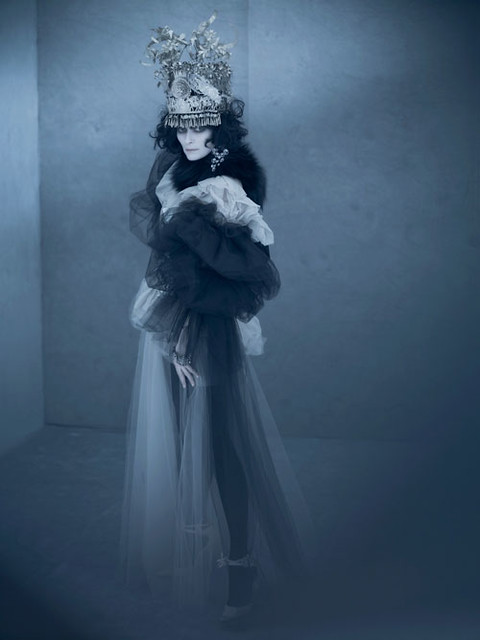 The Duchess-- Danse Ballet Macabre, as played by Tilda Swinton, because what better Evil Queen is there?-- welcome them, her swan-faun-like destriar rearing up & flapping its wings behind her. "Charm Against Iron" is its name; try stabbing it. Go on, try! With the Spice Drop Duchess is an Alpha in the distinctive headgear of Aubade-- Lovelace Vespers, as pictured above-- daughter of Zoroaster Vespers, the newly minted (pun intended) Peppermint Duke & the former Jack of Cups for the Arcanum. They are alone. Suspiciously alone, in fact, & after they speak briefly with the group, they go to one of the cells of the bunker-- converted after the castle's destruction into a sort of cloister, doors locking from the inside-- & then the sound of them nailing the door shut behind them follows. Alright then! When they meet for dinner, it is a meal of apparent simplicity with notes of indulgent sophistication, to those who can tell. Duchess Danse Ballet Macabre affects a pseudo-military spartaness, but the hard tack is a crumbling biscuit of butter & the best flour, the honey is from carefully cultivated hives, the salted fish is exquisite. The Duchess offers them the choice of the small beer or the large beer-- her family being notable for its brewing-- & serves it to them with a simple flourish reminiscent of a otemae tea ceremony. & then she just gets down to the nitty gritty-- the nitty being "talk a lot of trash about Slumberheart" & the gritty being "talk some trash about Blue Glory, too." This takes the form of a thinly veiled story about a feckless margrave, a minor noble who revolted unreasonably against his rightful leige lord & then let his kingdom go to rot-- a direct indictment of what she sees Slumberheart as having done. Her jabs at Blue Glory are much more direct, & also involve her discussing-- with the family & reincarnation minded Atahwa-- how careful one must be to prune the branches of the family tree, how one must avoid offshoots of genealogy...none too obliquely referencing the fact that Blue Glory is a bastard of the Licorice Duke by way of his true love & concubine, the human Thoreau Twilight-- a tragic romance well known even in the Savage World, having even reached the ears of Xitari Atahwa. 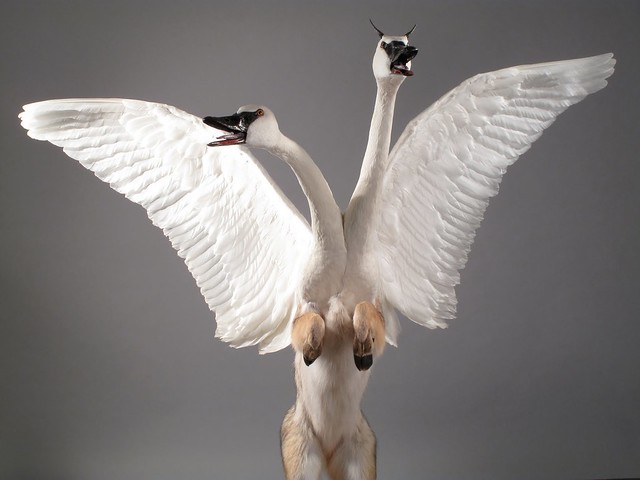 The Spice Drop Duchess talks a little about the new order her husband the Licorice Duke has brought to Anise. The Paladins are a good example; an order like the Hungry Templars, but for the Alphas, rather than the non-nobles. A chance to take the dangerous "Thorned" nobles-- those whose bipolar nature is stuck on their worst impulses-- & send them abroad as a military force. Take them out of the domestic situation, where the appetites might cause trouble, & have them quest & conquer. Channel their black moods into an Order Errant. The Paladins, along with the airships-- "The airships? whispers Slumberheart, to Curie-- & the anabaric canon-- eliciting more looks at Curie, who this time blushes-- lend a steel backbone to the military of Anise. She lays out the ultimatum of the Licorice Duke-- Duke Regent Black Bear on Black Cedars-- which states that he is willing to recognize Miss Glass as Empress, assuming that she can back her claim of legitimacy. As proof of her status, the Licorice Duke will except nothing less than her ability to appoint him to the throne as King of Anise. Only that authority will convince him of her claim. That is the bargain he makes with Slumberheart-- take it or leave it. 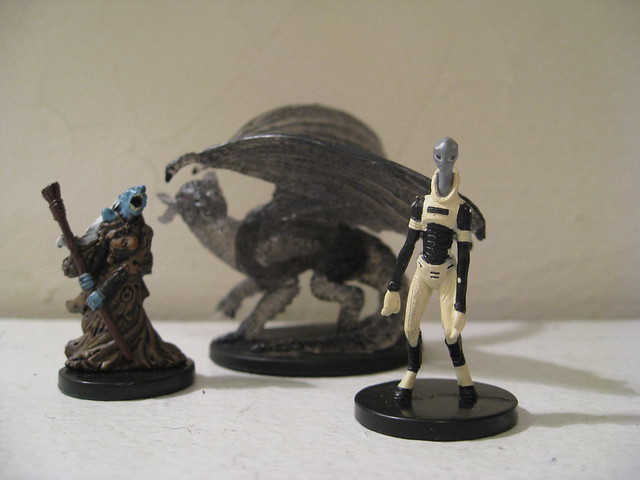 (Danse Ballet Macabre, her destriar Charm Against Iron & her ward Lovelace Vespers; photo by me.)

The Hungry Templars seem to have been divided into the Black Templars, as evidenced by the Black Friar Odd Elements of the Eclipse, & the Red. Atahwa mentions the CRIMSON KING, & the Duchess is shocked to silence for a moment, before recommending that rather than sleep out in the luxurious marquee tent the CULTure have set up, they sleep in the ruins of the fortress, & lock the doors behind them. There is also some talk about the diabolical Authority of Antiphon the infernal god of their nationchurch, & the Trump called The Devil, as well. "OOohh..." say a couple of the Players. & the evening ends with a joyous & innocent Lovelace Vespers. She's excited because, well, she's betrothed to be married! To...Black Jaguar on White Snow, the heir of the Licorice Duke, the monstrous noble who preyed on a young Blue Glory & who started the revolt of the Sugar Plum Barons. Blue Glory is sad for her, but Lovelace doesn't notice-- she's busy being filled to the brim with excitement! When Slumberheart mentions his betrothal, she immediately starts planning for a jubilee, to have their weddings on the same day! 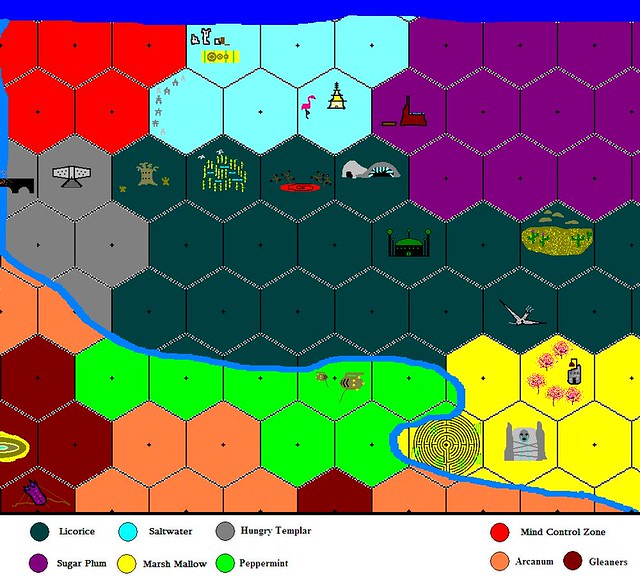