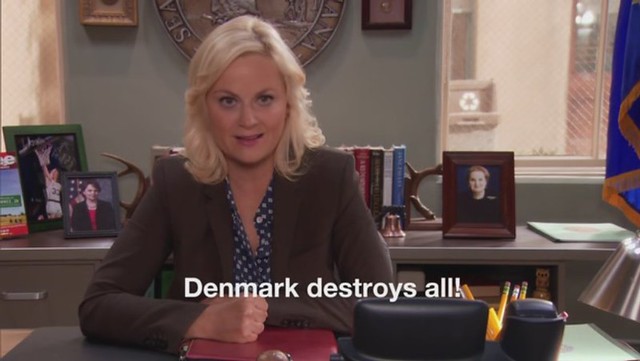 Between "Attendence has been low, so if I don't make [Model UN] awesome, they're going to cancel it. I wonder if I'll make it awesome?" from Leslie Knope & "Oh, uh, you know, I didn't really do Model United Nation in high school, oh wait, I super did.," from Ben Wyatt...well, lets just say that Parks & Recreation is just straight up killing it. If anything, I wish it had aired the same week as the Community Model U.N. episode, for a solid hour of Model U.N. humor. You know, I was pretty good at the Model U.N. back in my day. The key is knowing what kind of majority consensus you need, & exploiting it-- if you table a bill, you've as good as killed it, because you'll never come back to it. & you can never-- never go wrong with a motion to caucus. If you can cram a point of personal privilige in there, so much the better; kudos to you. I tip my cap. Community was good too, but I'm spoiled. So spoiler. Singing Seal's "Kiss from the Rose" song from Batman Forever is only going to get you so far! I was feeling under the weather so I skipped the gym; the night thus consisted of lots of television. I watched Young Justice-- why was everyone so upset? I mean, yeah it was a "end of the world scenario gone bad," but I mean, so what? Why so grimdark? I don't get it. At least My Little Pony: Friendship is Magic made sense, what with sibling rivalry & all that. Sure, the arc was predictable, but you don't get into it for the twists, knameen? & then while Jenny quilted, I finished things up with some Mythbusters, & now I sort of want to cover everything in truck bedliner. That is some potent, explosion-proof stuff. 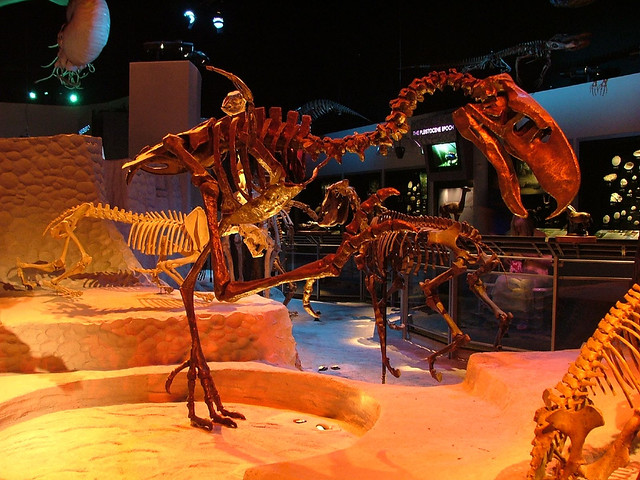 The Terror Bird Pan-Dimensional Empire is a glorious place, full of squawks & caws of malice. Yesterday

kingtycoon & I distracted ourselves from the terrible machine of life by fiddling around with some random character generation. Traveller, which I haven't played in...at least a hundred years. Most memorable was the psychopath who loved only robots, but found he wasn't smart enough to make one that loved him back. He went to the stars, searching for aliens who might hold the secrets to robotics, & specialized in spacesuits, because aren't they just hollow robots that you get inside of, really? The planet he found was instead filled with loathsome fish-apes, semi-sentient creatures who spat acid & exhibited a mild form of telepathy-- skum, left behind by the departed aboleth, I imagine. What choice did he have but to sell the fish-apes are slaves? How I hate them. Then we snared Terra on our web of madness & rolled up Teenage Mutant Ninja Turtles & Other Strangeness characters. I went first, randomly getting a Transdimentional TMNT character, who had invented a Dimension Hopper...& was a Terror Bird. Score! I immediately decided that I was from a whole dimension of Terror Birds, no wait, a whole multi-dimensional empire of Terror Birds. We're a cosmic threat to the Rifts universe. & humans are just hairless fish-apes, in the end, aren't they? How I hate them. Terra rolled up a Transdimensional character as well, a familiar hyper evolved by a Time Lord...& the animal? Terror Bird! The dice were with us. You are meat for our beaks & talons.
Collapse