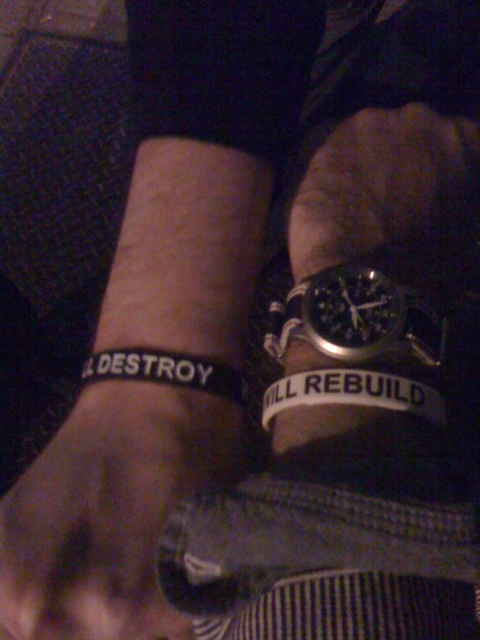 Last night I went to a Protomen concert, & had a barn-burner of a time, even if they were only the opening act. Photo credits, before I forget, to Terra, Terra again, & Bernie, respectively. After work Terra & I met up with Matt & Brian & we walked down to Kat's apartment to socialize in the margin of time after escaping the office & before doors opened on the rock & roll show. John was already there, & in deference to me they tried to play a Protomen station on Pandora, but...it didn't turn out well. Instead I talked to Matt about Hyperion a whole bunch, since the Keats connection made a lot of sense to him, especially given that Matt had stumbled upon the Piazza d Spagna while he was in Rome. He kept describing it & I was like "that was in the book but not having been there & not knowing anything about poets, I didn't have the context!" Eventually, through a lot of shenanigans, Terra & I left, thinking we were going to meet Bernie & James at Angel Share, but it turned out that Bernie wasn't going to make it-- or I guess did make it, after us-- or would have already been there-- or once was in the future, there-- I don't know, it was a mess. I'm all Alexander & the Gordian Knot, though, so I said we should just go to the venue-- Santo's Party House, which was a good venue for the Protomen last time I saw them there-- & so James led the way down the island. 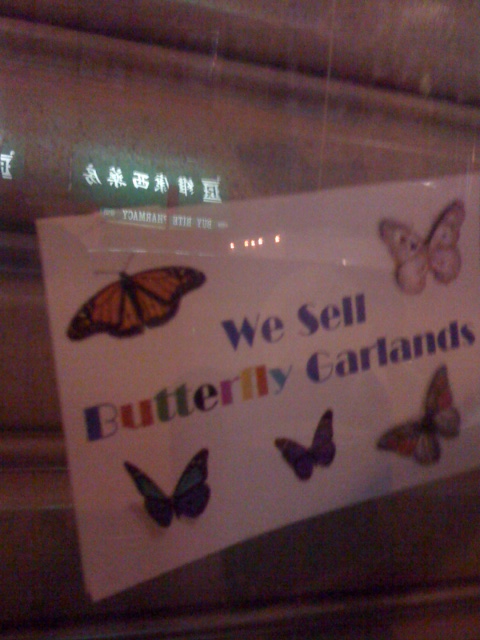 We got there, met up with Bernie & waited in line outside of the most earnest shop in the world-- 88 Images Photo Lab. I don't know what to tell you, but "We Sell Butterfly Garlands!" cracked us up cold gold solid for a few minutes. "Guys. Guys be serious for a second do you realize: we sell butterfly garlands! How amazing is that?" It kept us in stitches, along with a few other charming signs. Bernie! Bernie is in town, that is fun & exciting. How come I'm always broke when he's in town? Must be a seasonal thing. I befriended some of the other folks in line-- Lefty & Ben, hello out there in TV Land!-- & then pop, we were in! Like the opposite of champagne. Inside was Edbury & Jon & a friend of theirs that did not say "Pony Friendship Zone," though I insisted, insisted it did. "We're in the Friendship Zone!" & he'd look at me like I was a lunatic. Before the show started I said "Who here has a Homestuck Tumblr?!" & a couple of really young kids turned around & were like "what, how did you know?!" I can read a room, younglings, I know my people. The show was sixteen & up, so when I say young, I mean it! I talked to them for a little while, & then during the show I elbowed one of them on the head over & over. Sorry! You are just at elbow height & it is fist pumping music! & it was! The Protomen always bring their game; it started off with a lot more Act I than usual, I think? & they said that the Queen cover album was going to be released soon-- hooray!-- & then played Queen's "Princes of the Universe," which was pretty much spot on. I jumped, I gave Edbury the old heave-ho up & sent him crowd surfing, I shouted about the doom of Joe Sniper into Terra's ear while "The Fall" played. The sad news is that the Protomen were only the opening act; I Fight Dragons was headlining, & well, I just don't care about them, so I left, along with Terra & Bernie. They went uptown, I went downtown, & voila. Lives were lived. 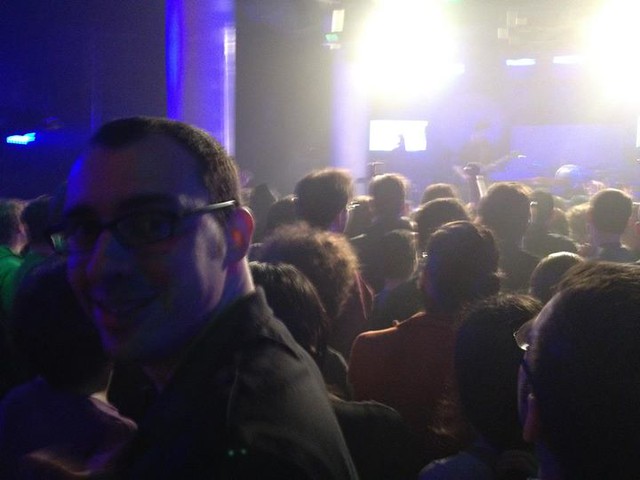