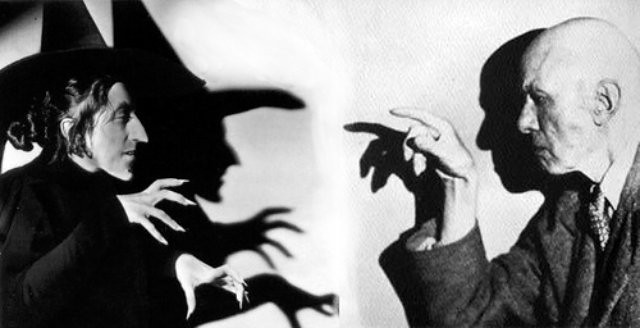 A tame but enjoyable harvest festival! There was a work party, as there is every year, & this year it was costumes mandatory-- or well, "effort" mandatory. A holiday sweater would have been alright, if they made Halloween sweaters. They should. Whoever "they" are. Lunch with Terra while she tells me about her special masquerade edition of Sleep No More. A beer run during work hours with the vice president of my section & the new assistant to the president of sales. The wheel pops off while I'm pushing the cart, but it comes off again later, proving it wasn't a freak accident. They party is a rousing success, I think-- anyhow, the folks from other floors in the Flat-Iron keep stopping by & going "oh gosh, people here really dress up!" I went as Fantômas, which isn't much of a stretch. Black mask, black gloves, a prop knife, & I wore a vest. I expect that at least someone will know who Fantômas is, but I don't find anyone who does, though Cherise & one other person at least mention the Mike Patton band. Come on, there were like forty something books written about him! He's like the evil Sherlock Holmes! Nobody? Alright. On the plus side, one of my co-workers dressed up as me for the party. Another simple concept-- she wore all black, searched the internet for a picture of me, & then taped it to her ID. Still, flattering! People go as me for Halloween sometimes, it happens every so often. Then Terra found me by the punch bowl talking to Laura & Tamarra went as Coco & Ice-T, made even better by the fact that we publish them & it was time to go. Coco & Ice-T & Ben, who went as a unicorn hunter; those were my votes for best costume, & then Terra & I tore out of Manhattan & into Brooklyn for Twin Peaks. Last time we'd left with the killer uncovered & the Major missing, & this session was pretty great-- other than the subplots about James. We get David Duchovny in a not-insulting portrayal of a trans person, we get US government spooks being all crazy-- "Did you make visual contact with any wildlife? Any birds? Any...owls?" & Major Briggs just being the awesomest dude of all. I made tea & Jenny made pizza with kohlrabi & squash on it for us! When two episodes were over, Terra & I looked at the actor who played Major Brigg's art site & then she left. Jenny & I spent the rest of the night reading on the couch next to each other, occasionally bemoaning the end of Google Reader. Or, alright, it isn't over, but removing the sharing function hampers its functionality for no good reason-- I used it as a feed aggregator but also as a content filter for other people's feed bundles! Taking those features away & replacing them with the ability to make...wall posts, to Google Plus? That certainly isn't a net gain.
Collapse