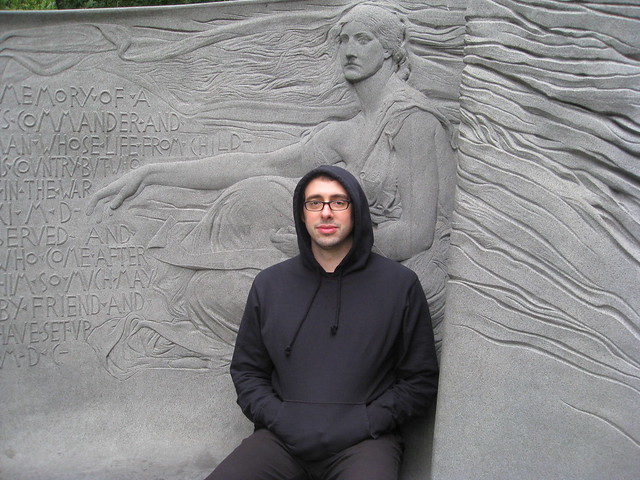 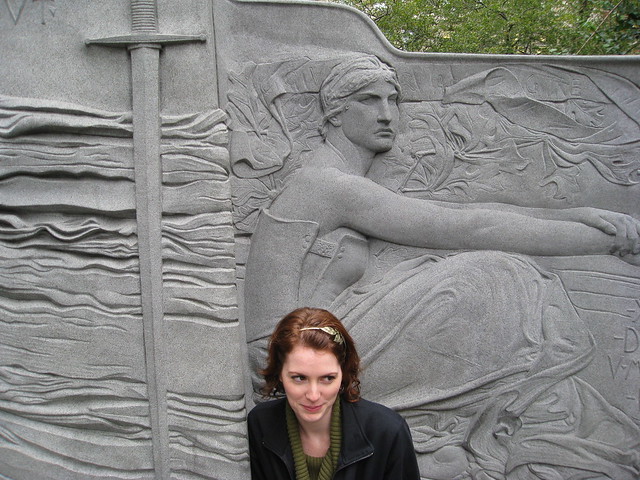 Lunch with Terra yesterday took a largely unexpected turn toward adventure! I'd had a couple of extra bucks left over in my lunch budget from the week, so Terra & I went to AsiaDog at the food tents for lunchgrubs. I'd learned from my previous visits that the kimchi frank-- the Ginny-- & the pork belly one-- the Wangding-- were the way to go, & I split them two ways, along with Terra's Mel & Steve, which was a purple slaw dog with sesame seeds. From there, things started innocently enough with taking some photographs on the Admiral David Farragut Monument, which I figured would be the end of it. It had never really clicked with me before last week that it was a bench, & you could hang out there-- even though I'd seen people sitting there before-- so I wanted to cement its reality in my mind. Made in 1880, designed by Augustus Saint-Gaudens, cast by Adolphe Gruet & with the bench built by Stanford White (the credits are on a weird little crab), the inscription is as follows:

That the memory of a daring & sagacious commander & gentle great souled man whose life from childhood was given to his country but who served her supremely in the war for the Union MDCCCLXI - MDCCCLXV may be preserved & honored, & that they who come after him & who will owe him so much may see him as he was seen by friend & foe, his countrymen have set up this monument AD MDCCCLXXXI 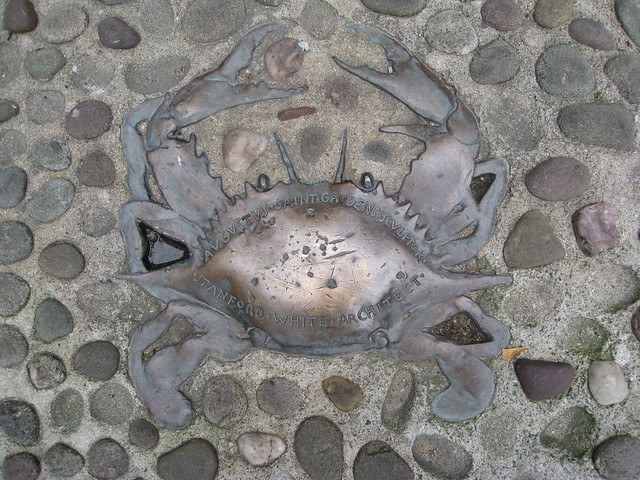 After that, figuring that hey, this whole "taking pictures of statues" thing was working out for the best, & also that "hey, it is too cold to sit in one place after we're done eating," we continued onward into the module. The next room in the dungeon was the fabulous Manhattan Appellate Courthouse, which I'd admired for quite some time. The architect was James Brown Lord, working at the height of the City Beautiful movement-- & by the way, if I had my druthers, I'd be voting on the City Beautiful party line. The inverse of the Broken Windows Doctrine-- make a pretty city, & your city will be awesome. Yes, please. The most prominent statues on the courthouse are Frederick Ruckstuhl's "Force" & "Wisdom." 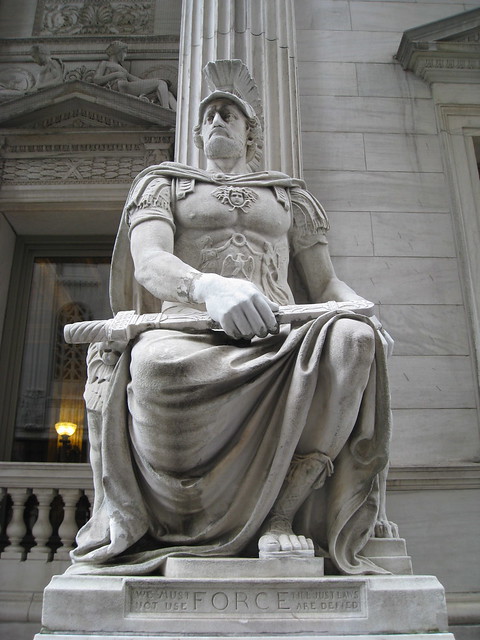 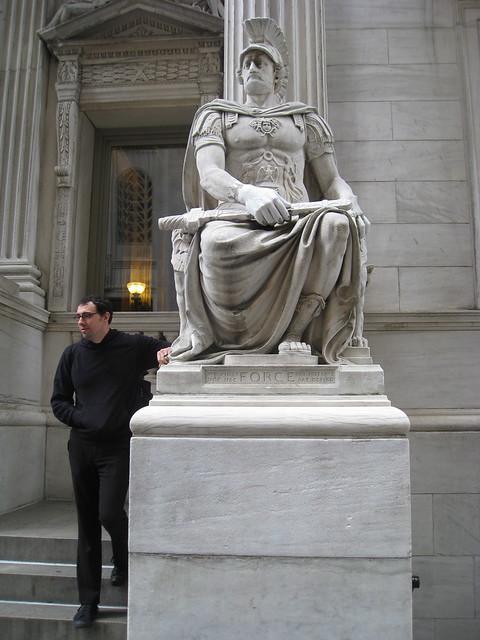 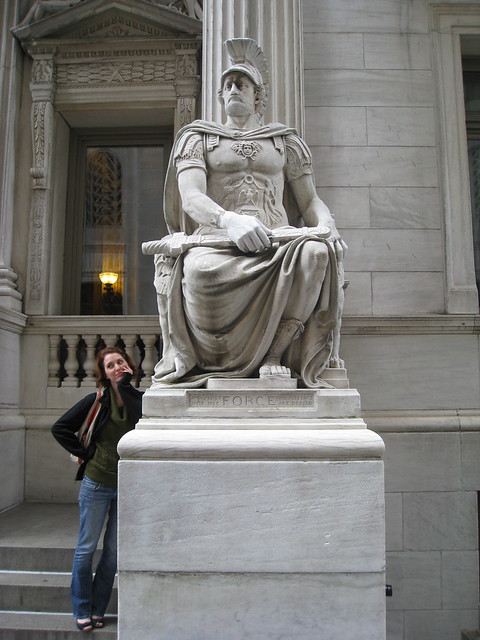 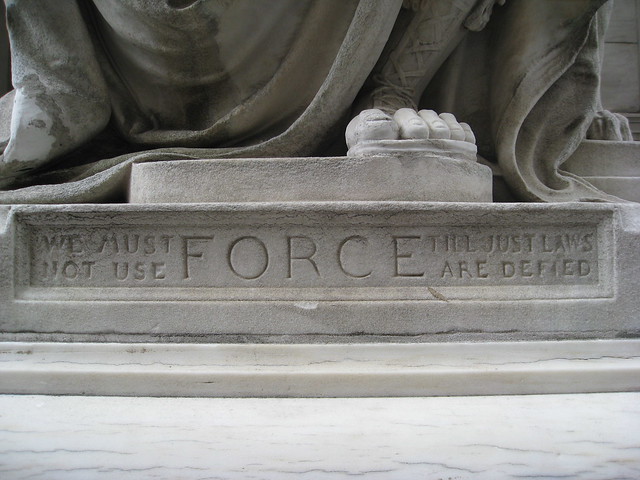 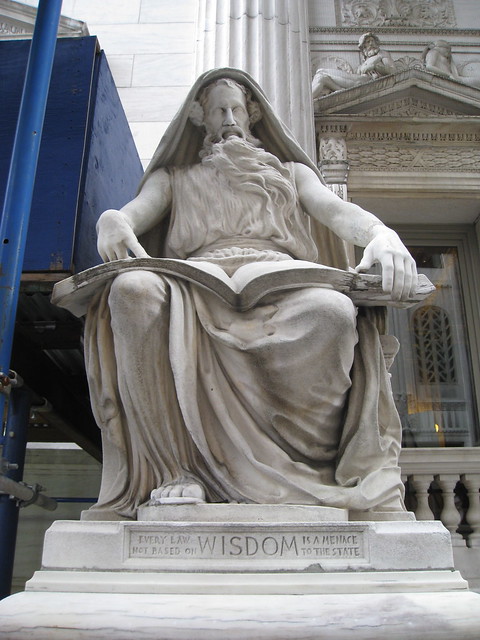 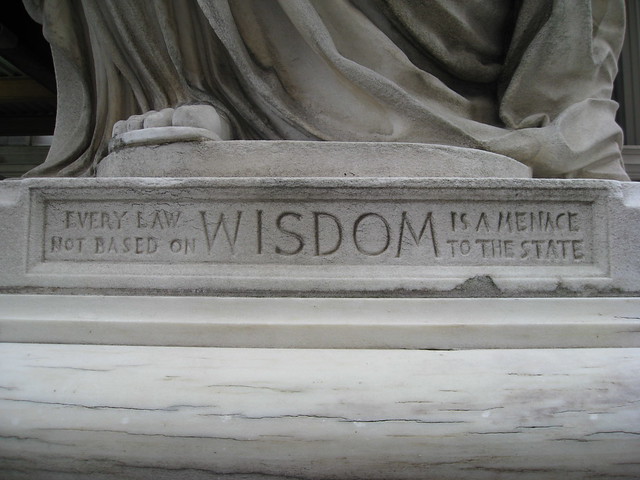 While we were outside goofing around, one of the people who work in the building walked by & was like "I can take a picture of the both of you if you want!" & we were like "ugh, no, we're not tourists, we're just screwing around on our lunch break!" Only, you know, we didn't actually say that, we just sort of waited for the uncomfortable situation to end-- except it didn't! The guy was legitimately friendly & was like "well, it is awesome inside too, come on, you have to come in & look at it!" So uh, we did! We went through the metal detector-- Terra beeped & the guy was like "it is just your crazy metal headband," & I beeped & he was like "it is your belt buckle, sure!" & boom, there we were. It was hard to get pictures of the murals on the wall, but they were pretty cool. The lighting was really great, but really terrible for taking snapshots, especially with my shakycam hands. Everything is like Cloverfield or Blair Witch when you let me film it. The furniture was really pretty lovely-- Herter Brothers, 1981-- & there was just scrolled woodwork everywhere to die for. Little wooden putti & insane coatracks, just all kinds of nooks. Terra snuck into the courtroom-- it wasn't in session-- & gosh it is cool in there. Way better than a movie set court, super imposing looking. City effing Beautiful. 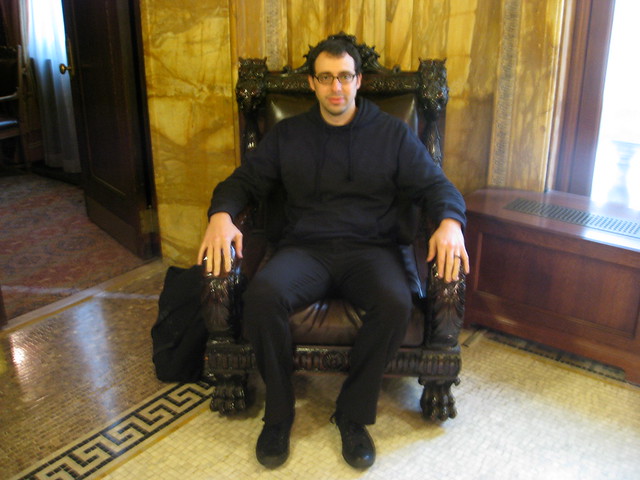 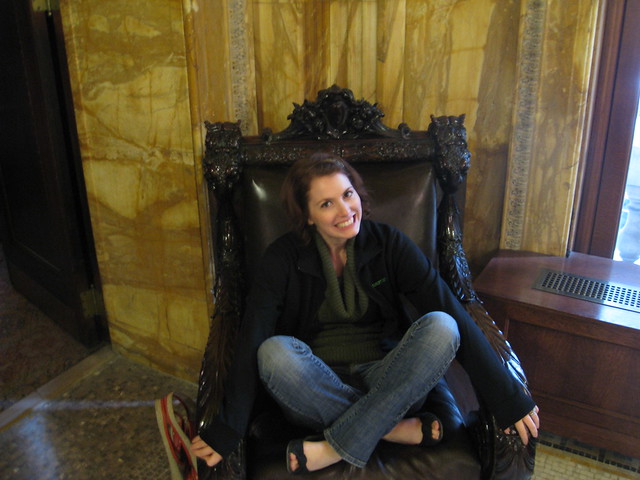 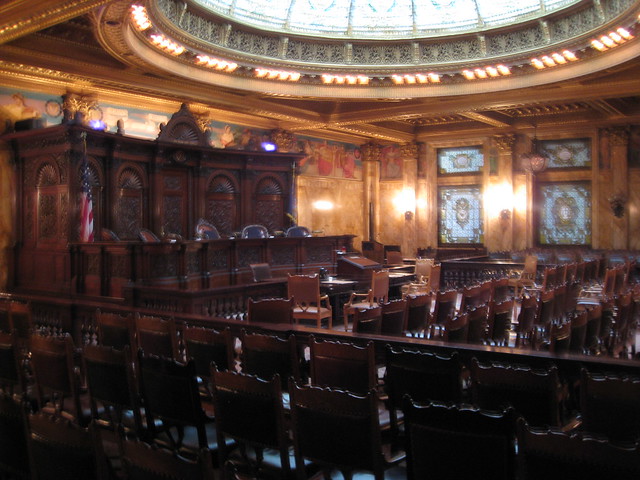 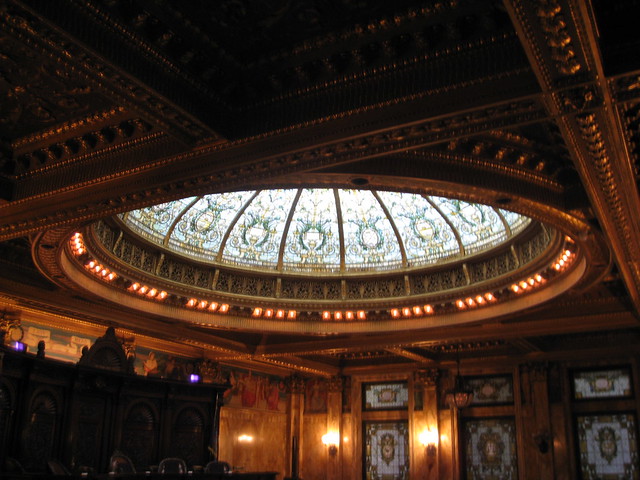 That was just the tip of the iceberg, too, but it was just about time for us to mosey. As we were leaving, one of the people there was like-- "you've got to come back next time we're in session! Every Tuesday & Thursday! See you then!" Seriously, the most legitimately friendly public employees in the universe. We ended up our explorations with some pumpkin pie custard from Shake Shake. You know how they make pumpkin pie custard? They just blend the custard with a piece of pumpkin pie. Boom. Also, the legal name on the permit for Shake Shake is "Custard's First Stand/Shake Shack," which is pretty awesome. Oh, & since this is a big photo dump I'll include a picture Terra took the other day at Abracadabra when she was shopping for her costume for the next-next time she sees Sleep No More. First off, I'm super jealous she's going to one of the the Halloween shows, & second off don't blink. 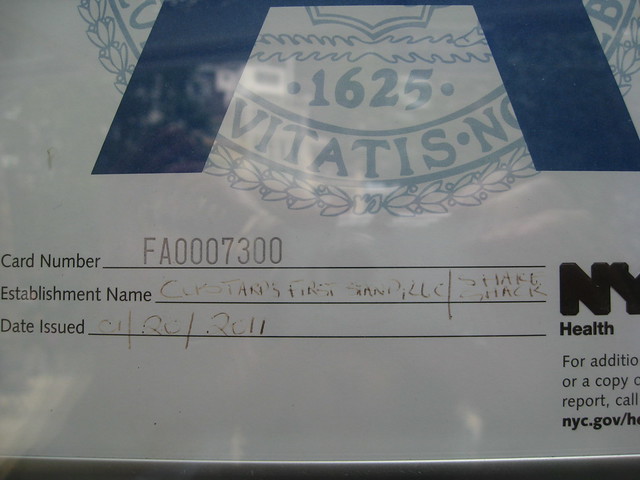 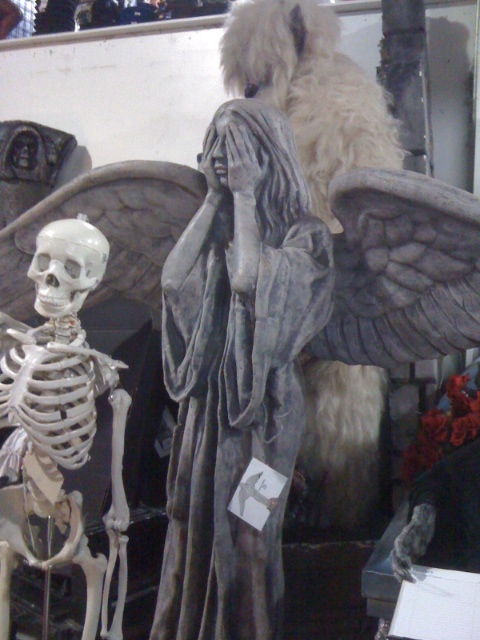