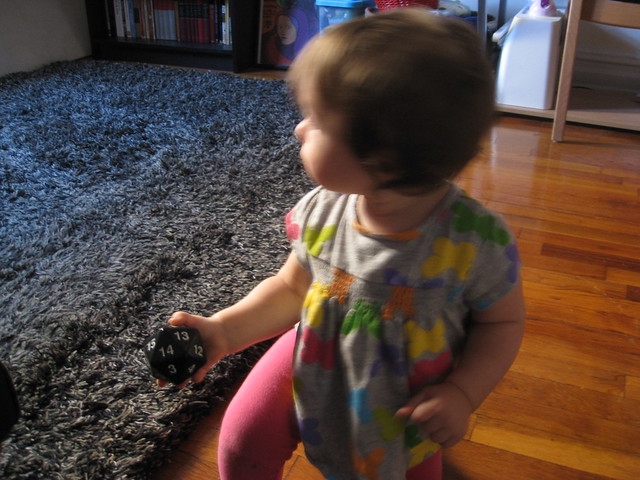 Yesterday was a wash, partly because I woke up too early & partly because I was just plain old feeling tuckered out. I think some of it is my body's circadian rhythms adjusting to my wife's new schedule. Jenny & I watched some Saturday Night Live-- is it just me or have a lot of the jokes the last few episodes been like "hur hur, not conforming to gender roles!" Even the "Two Sides!" Hugh Jackman sketch-- which was originally spoofing gender roles in a positive way in the first place-- seemed muddled up. I watched some Mythbusters-- a myth about walking in a straight line that turned out to be hillarious!--- & then we knocked off a serial kidnapper episode of Fringe which was pretty stressful, in that way that well made television can be. Yep; Fringe is totally a worthy successor to The X-Files. After that, I went to the gym for another hour or so. Still feeling weak-- I just didn't have that push, that oomph-- but I still kept busy, & I told myself that I might go again tonight. & I just might, at that. There are Solitaire games on the elliptical machine, which is great, because if there is only rubbish to watch, I can take a swing at cards-- I won two out of three games! Also, Quantum of Solace was on, which put me in the mood to play more GoldenEye. Which is good, because that ended up happening. Ryan came over, & then baby Olivia came over. Little Olivia, I should start saying, because at eleven months, she's beginning to operate upright. She played with: globes, buttons, mirrors, & a giant d20-- so she's basically a first level adventurer, alright. When Kira & Nino picked her up, they took Jenny away-- I sort of languished on the couch like a bag of potatoes-- & then Ryan & I hung out the rest of the night playing video games-- the aforementioned GoldenEye & then some Batman: the Brave & the Bold-- & watching television. Cartoons about comic book characters-- starting with the "What Do You Get For the Man Who Has Everything?" episode of Justice League Unlimited, which Ryan had neither seen nor read. Mongul was the bad guy in the level of Batman: the Brave & the Bold we beat, & Ryan hadn't heard of him; also I think Mongul's fight with Wonder Woman is awesome in that episode, & Superman's Fortress of Solitude rules. Then we ordered some assorted Greek food & watched the beginning of All-Star Superman, before I realized how late it was & sent him home. Jenny came home but to her dismay I was ready for bed. Nine-thirty! An all new low.

The Comic Cover Art of Dungeons & Dragons Volume One by Devil's Due Publishing.

I'm not sure who the market is for this book! I mean, you're talking to a guy who owns The Art of Dragon Magazine, here-- I sure do like Dungeons & Dragons-themed art, but subdividing it all the way down to the comics is digging pretty deep. That being said, it is a nice volume, & there are a lot of pictures here that stir up the childhood nostalgia. Plenty of Raistlin Majere & Drizzt Do'urdon-- heck, there are even pictures that make an implied Moorcockian "Eternal Champion" link between them, which makes sense, especially looking at Raistlin as a very post-Elric character. There is a great Raislin picture by Alex Sheikman & Rob Ruffolo-- a variant cover of Dragons of Winter Night #1-- that just hits a nice abstract "comic book" mark. In more "realistic" style, Tylor Walpole's Lolth, the Spider Queen, is pretty great, & his "Raistlin bargaining with Tiamat Takhisis is aces; both are below. The same goes for Dan Scott's Demogorgon, all slithering around in a summoning circle. Ain't no surprise those three made for good covers. The book is filled with similar gems; Tasslehoff in chains is a cute one, & Kitiara looking both hot & bad-ass, Lord Soth being all doom & gloomy, Drizzt being all the template for the new DnD philosophy, swording a balrog, that kind of stuff. So yeah, I like it; I just don't know who it was targeted at! 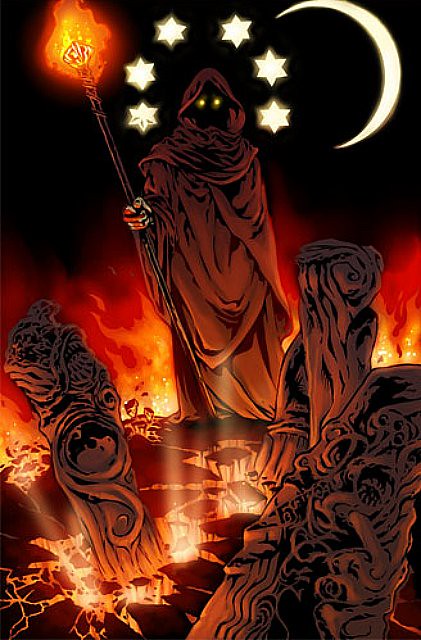 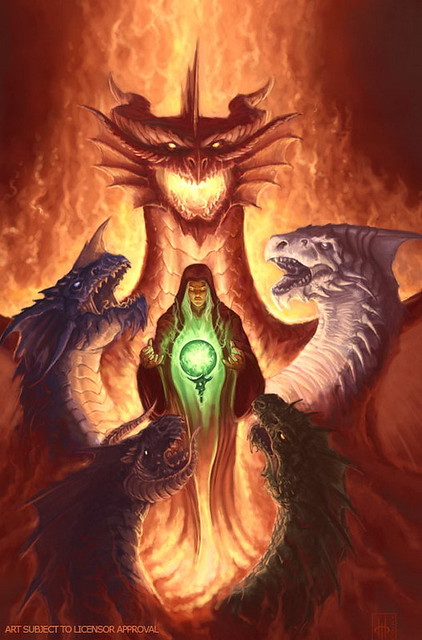 (Dragons of Spring Dawning #2B by Tyler Walpole.)
Collapse