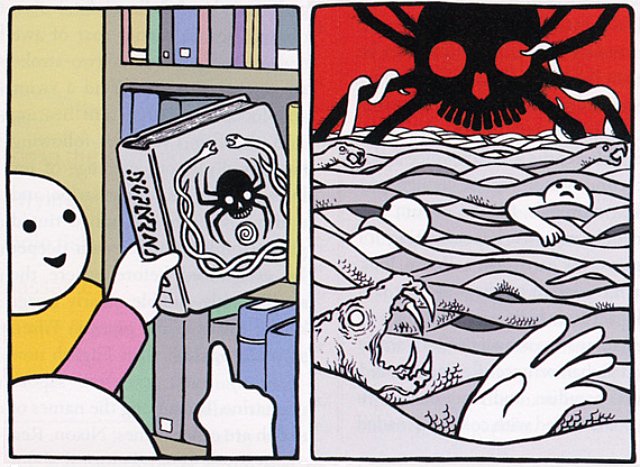 Spent most of the morning soaking in a sleepy haze of GoldenEye & television, but I eventually cooked breakfast-- just eggs & bacon on toasted rolls with cheese-- & headed over to the gym. I wonder if I was fighting off a cold this week? It would explain my intense lethargy. I wasn't quite with it even yesterday; I could feel laziness in my bones, did less weight then I meant to, left after only an hour. P.S. I Love You was on the tube, & I watched because at first I thought it was Thirteen Going on Thirty, which is a good movie. Then I watched it trying to remember who that actress is. Not Jennifer Garner...Amanda Peet? Jenny figured it out when I came home; Hilary Swank. Oh, also it was fine; I don't mind a romcom, & hey! Spike was in it. After that, came home, showered & headed out to meet up with Pierce & Dave at the Algonquin for drinks, since that is where Pierce & I met for the first time in person. Drank a decent martini there, but I was sort of appalled to see "Dorothy Parker Mini Burgers" on the menu. I apologized on behalf of my city. Asked Dave a few questions about the game he ran-- like, how did that magical fountain work? Oh, we had to drink from it! Duh. We left the Algonquin to pick a few things up, & had a devil of a time catching a cab-- the Occupy Wall Street protests in Times Square were making things in mid-town a muddle. Eventually, that worked out, & we headed onward...only to drive past The Intrepid to see...an SR-71 Blackbird perched on it! Oh, okay, it is an A-12, a prototype, but whatever! An SR-71! Little wee Mordicai, this one's for you! Fun fact: when the government admitted to the existence of the F-117A in 1988, little nine year old Mordicai cut out the newspaper article & laminated it. So cool. Dave's idea was for a bunch of X-Men cosplayers from New York Comic Con to go to the Intrepid museum & take photos with the Blackbird, which is a pretty genius notion. So cool. Anyhow, we ended up at Del Posto, under the High Line, drinking more martinis! I have to tell you, Del Posto really wowed me with simple little flourishes. Unpitted olives that had a pop of vanilla...& then a tiny little metal tray for my olive pits? Heck yeah. I split with the fine upstanding gentlemen there-- they went off to woo buyers with dinner & I went home to woo my wife with cheap wine & pizza! Jenny & I watched Castle-- the one about cryogenics-- & Rob Dyrdek's Fantasy Factory & then went to bed. & then...I woke up at 5:30 in the morning from goofy nightmares. 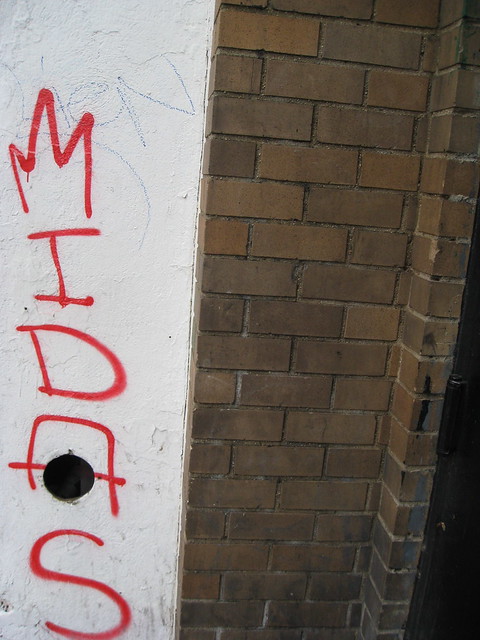 I kind of want to bite this tagger's style & make my M's like a crown.
Collapse