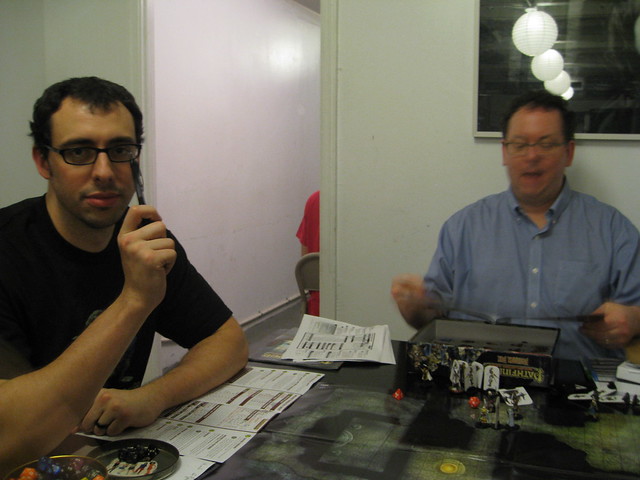 Playing Pathfinder with Dungeon Master Dave Gross at the Twenty Sided Store. We played the Pathfinder Beginner Box, which was actually a good resource-- I think everyone was disappointed by the new Dungeons & Dragons Red Box, but the Beginner Box is what that should have been-- a slightly simplified resource set with cut-outs, maps, dice, adventures, & enough rules to get a bunch of characters through to fifth level. We got to play with the new Pathfinder minis, which were...stupidly gorgeous. Physically-- from a standpoint of looking at the the sizes & the bases-- they line up with the Wizards of the Coast miniatures, but they have a more complex sculpt & a few more dashes of paint to cement the details, which really make them pop. I've been excited ever since Paizo announced the minis-- especially since WotC nixed their pre-painted miniature line-- & it looks like my expectations for excellence were well founded. Crap, I sound like a total shill for Paizo, don't I? Well, I can't help it; they are people who actually care about the hobby, making products that people who play the games actually want. It sounds like that should be the default, doesn't it? The venue was pretty great, too-- I'm not in Williamsburg too often any more, but if I was, I'd certainly start showing up. The Magic: the Gathering folks are a chunk of the store's following, but they are only part of the pie, along with RPG player & the thing that most interests me-- board game players. There was a high-stakes Settlers of Catan game going on in the other room. Rocks! Wood! Sheeps! A pretty fun night-- I broke out my generic Eastern European drawl-- though I don't know how exciting blurry pictures of people sitting around a table are to anybody else. Luckily, I don't care about anyone else! 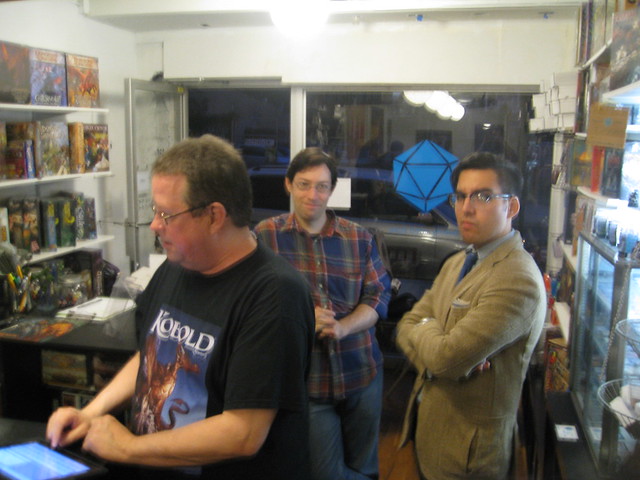 fordmadoxfraud & James, waiting for our turn. 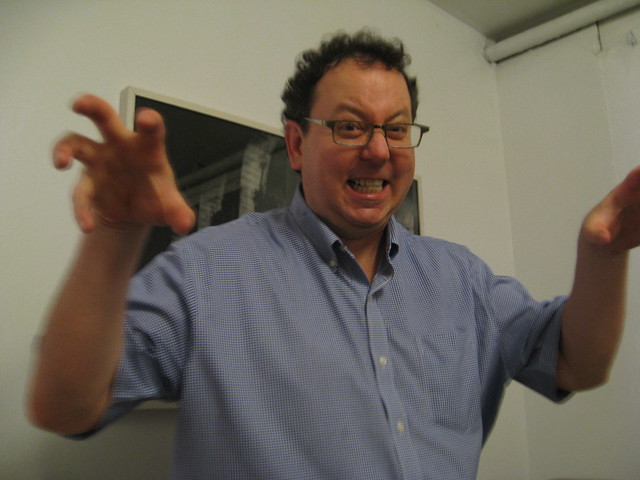 Dave Gross on the microphone as the DM. 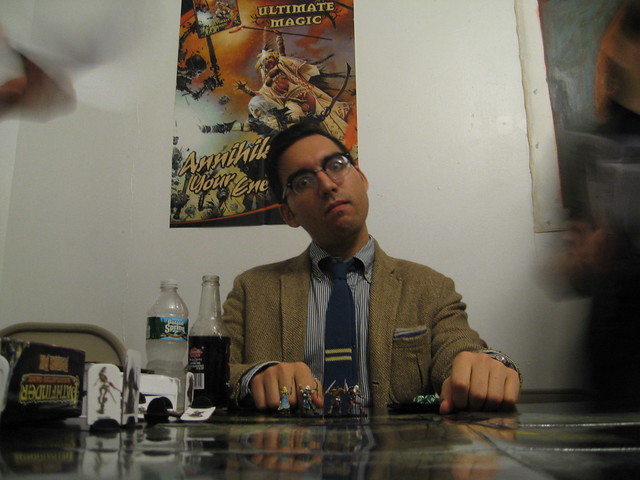 James looking all Frankenstein, for the holiday season; played Valeros, our human fighter. 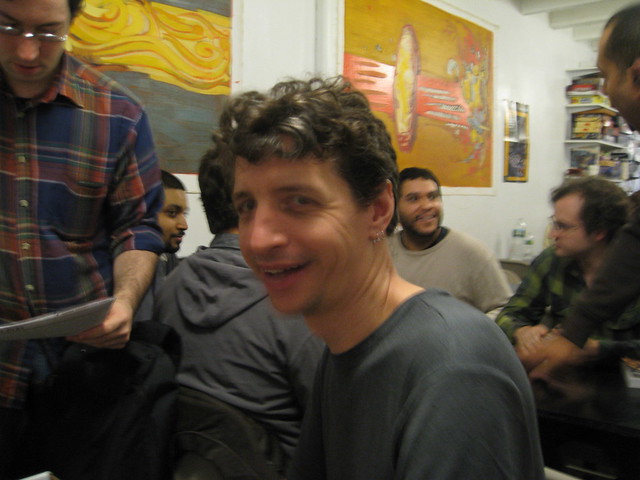 Adam played one of our pair of rogues, Silk. 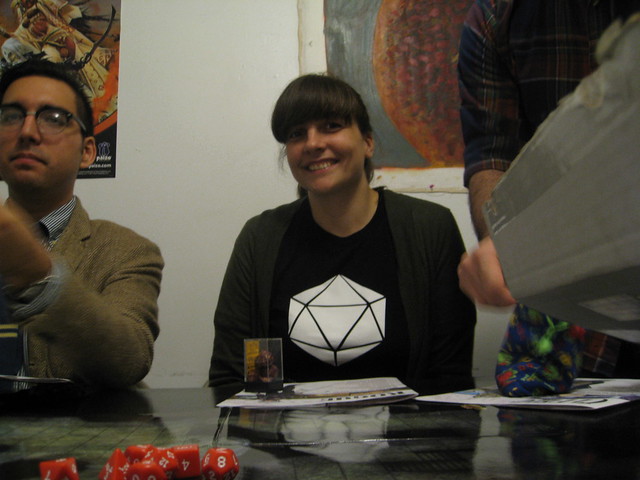 Lauren, one of the owners of the venue, played the other elven rogue, Merisiel. 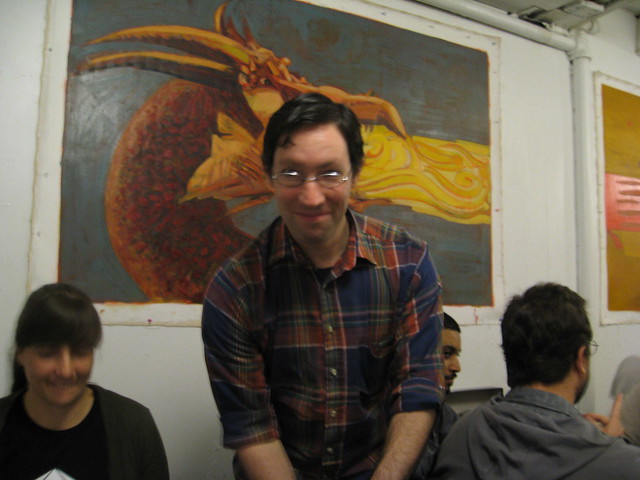 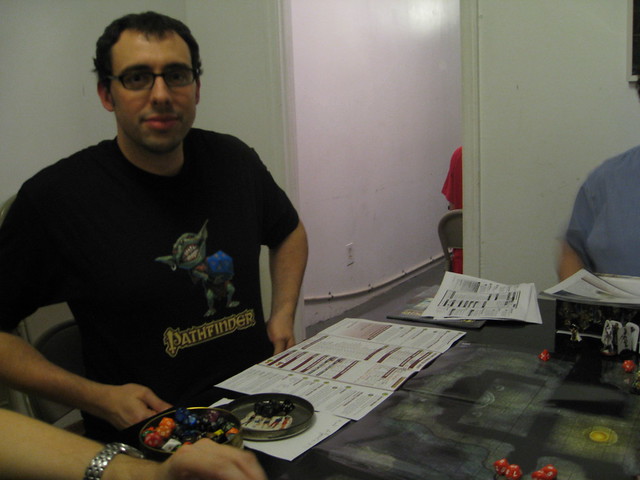 While I, sporting a brand new goblin t-shirt & needing a haircut, played the human wizard Ezraen 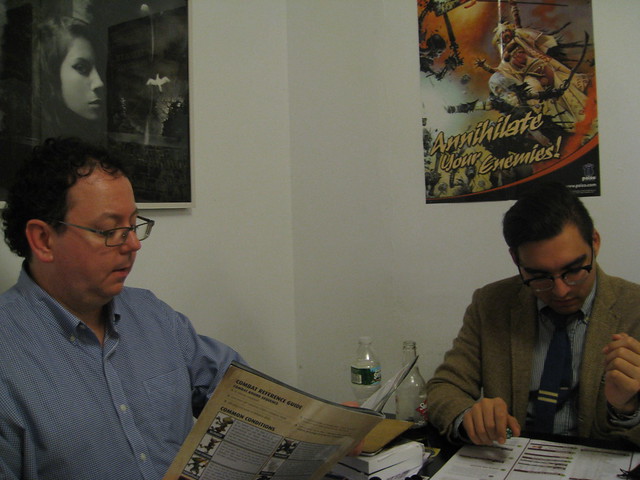 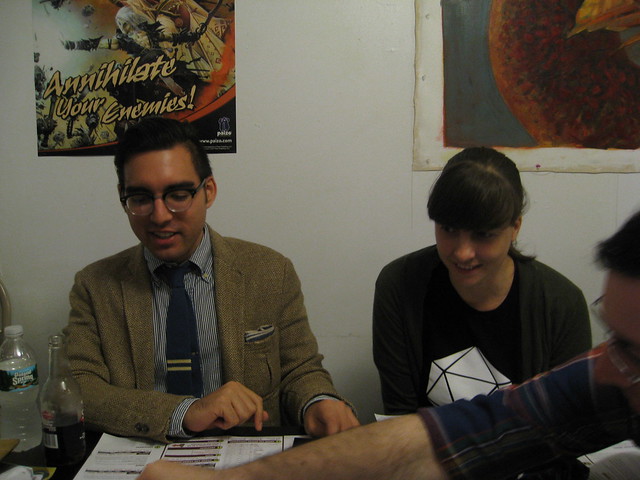 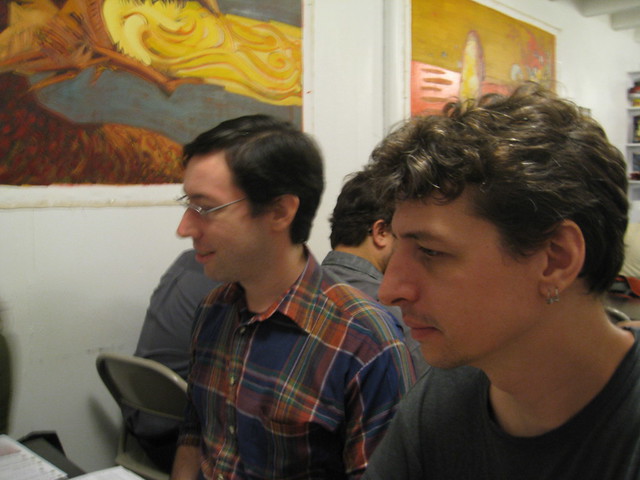 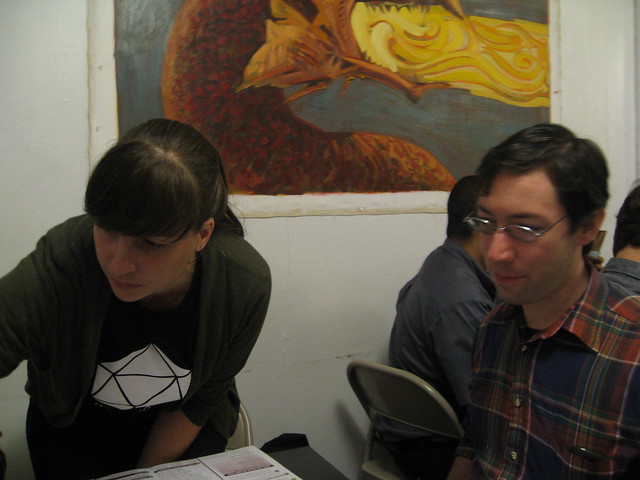 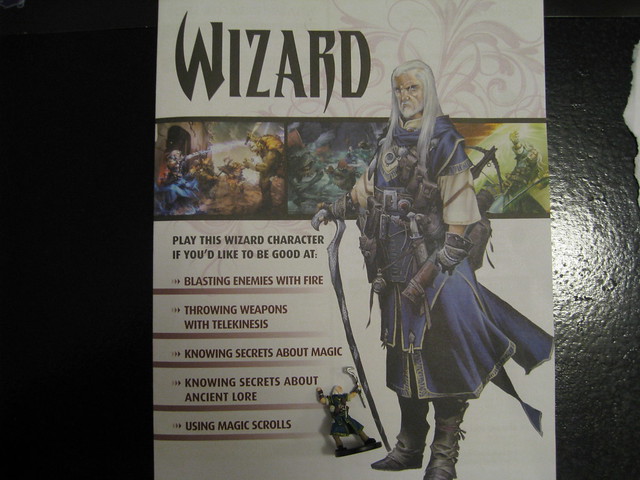 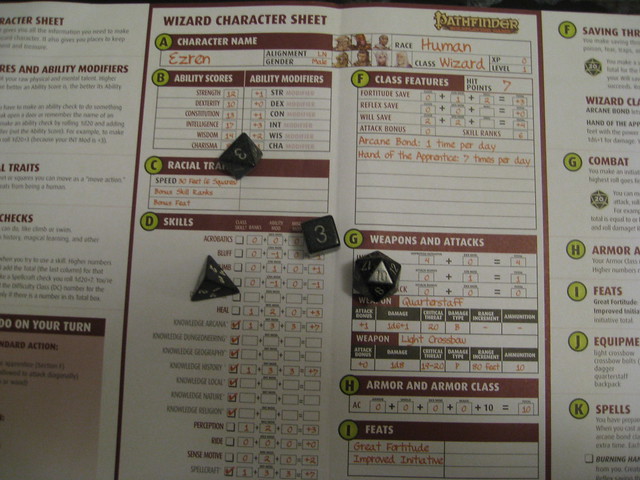 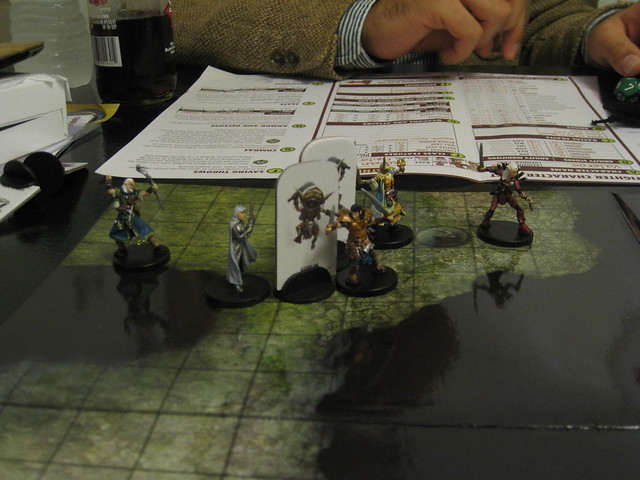 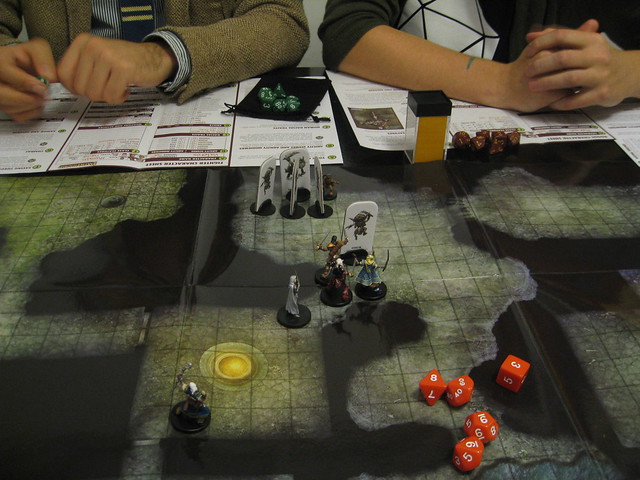 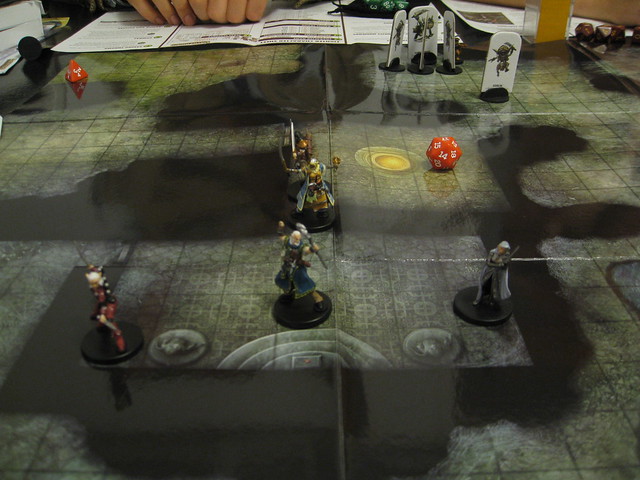 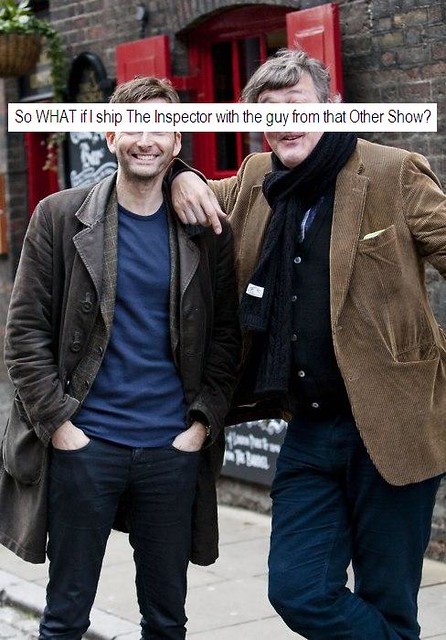 After my sloppy Kanye Plus Comics submissions, I decided to do an Inspector Spacetime Confession.
Collapse