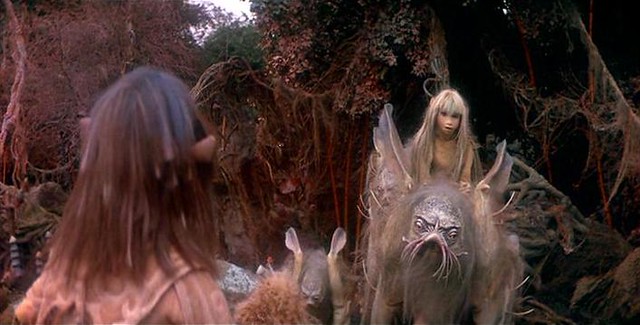 Television Night! & after the week I've been having, I needed it! Even though everyone made fun of my for being curmudgeonly old man. Whatever, maybe I am-- what of it? I had saved up money from my lunch budget-- one of my bosses took my out to lunch, that helped-- & I spent that on a bottle of wine for me & Jenny. It was way too sweet, even sweeter than what I expected, so I was sort of miserable, but

fordmadoxfraud let me swipe a beer from them, so it was alright. Jenny made us turkey burger before everyone got there, & we ate them while watching The Nerdist. My suspicions were confirmed-- I don't think they are nerds at all! They are "nerds" in the way that "liking Star Wars" is nerdy, which is to say, not at all. Like The Big Bang Theory-- pointing out, ha ha, Star Trek exists! isn't really a joke. More to the point, it wasn't really funny, either? Then in came Maggie, followed by

fatbutts & her dog Archie, then David & last but not least, James. Since America's Next Top Model has been moved to nine o' clock we had some time to kill, so we put on "The Time of Angels", the first episode of the Eleventh Doctor's episodes of Doctor Who that had my darling Weeping Angels in it. & also, River Song, but mostly the Weeping Angels. Brief aside to Lilly about how messed up the angels in the Bible are, then on to America's Next Top Model All-Stars. I manipulated an image of Creepy-Chan on stilts, but really all I could think about were the landstriders from The Dark Crystal. It is really just Allison, Laura, Bre & Bianca, I think. Anybody else can shuffle off the show on any order, for all I care. Or well, okay-- some huge disasters, like Lisa, can leave first. & is it just me, or are the photo shoots aggressively mediocre? Maybe it is a "early in the season" thing. Also, please get better guests than people from The Hills or whatever. Though I am told that she is a "big star," somehow. Then that was that! Off home everybody, & then tra la la, into bed.
Collapse