In a nutshell, I really liked Mike Mignola & Christopher Golden's previous "illustrated novel," Baltimore: or, the Steadfast Tin Soldier & the Vampire, & I figured if this was anything like that, I'd gobble it up. & it was! I've said before-- Mignola's conceptual work is great, & his art is absolutely astonishing, but his paneling & execution sometimes falter in the comic book medium. Switching to this-- words with the occasional picture-- really assuages any issues I've had with his pacing or exposition. Mignola has a sensibility & aesthetic that is pretty plastic-- occult artifacts, Lovecraftian clockwork, arcane pop culture, Grimm's Justice League-- & here he is paradoxically both on the fringes of our world & more subtle in the cards he lays on the table. That is-- stories like Hellboy take place in our world, more or less-- a world you can assume is like our own except when the text explicitly specifies otherwise. Hellboy is also a sort of openly supernatural high concept pitch-- a secret agency made up of monsters, protecting our world. Pithy & concise. Joe Golem is set in a world unlike ours-- a Depression Era New York half underwater, sunken & connected by bridges & boats. Despite the off-kilter setting, Joe Golem has a slower build of the supernatural-- it happens behind curtains, off-stage, until suddenly, kaboom! Mind-shattering tentacles & many-angled eyes. I was asked recently what "squidpunk" was-- well, this is it. This is what squidpunk is. Steampunk is like cyberpunk with cogs & gears, & squidpunk is like steampunk with the Ars Goetia & the Necronomicon. Unknowable colours & unraveling minds. Joe Golem doesn't forget the "punk" part either-- the struggling folks of the Drowning City are the stars here, not the wealthy in their spires uptown. The story dances from the Flatiron to cemeteries in Brooklyn-- hey, that sounds a lot like my life! Like with a lot of urban horror, I can't help but wonder if White Wolf games influenced the writer-- in this case, Promethean: the Created. Joe Golem has a lot in common, thematically & narratively-- I wonder if it is influenced, inspired, or just convergent evolution. Either way, as a fan of Promethean, it is nice to see similar ideas, writ large.

Space School! The first rule:
The enemy's gate is down!
There are no more rules.

Here is how this graphic novel works. Take the loose idea of Ender's Game, a bunch of hyper-precocious kids in a space battle school. Then mix in a heaping dose of Scott Pilgrim. Pepper in a staff that is composed of things like an elf teaching science, a mysterious panda, a Cobra Commander homage-- Guidance Chancellor Bee-- & a Cloud Strifeesque principal. Turn the knob labeled "weirdness" to eleven, & there you go-- you've got Astronaut Academy. I mean-- you've got a killer cyborg clone quoting Tori Amos! "Caught a light SNEEZE but at least they didn't ruin my precious things. But it looks like I'll be putting the DAMAGE on." Okay, Cybert! I don't know what to tell you-- this is a shiny book filled with surreal comics about insane children in outerspace, & that is awesome. Doug Hiro never takes his spacesuit off! He's pretty great. The sport of choice is called fireball, you play it in suits of power armor & their rival team is made up of tanuki. Yeah, this is a fun piece of crazy, & I am excited for the next volume, Astronaut Academy: Re-Entry. 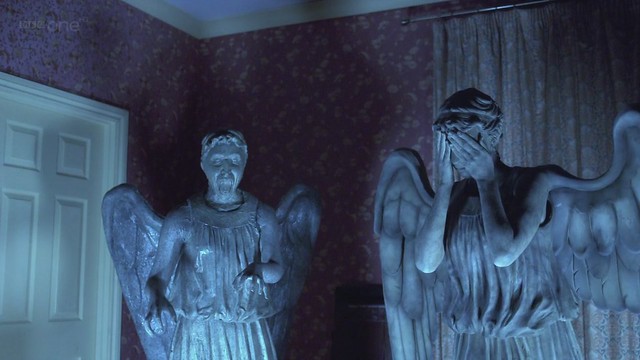 Alright, a big weekend, with lots of media & lots of adventure. Lets do the media first, because-- well, because I'm lazy & that seems like it will require less effort from me. Saturday morning was filled with cartoons! I woke up & my DVR was chock full of them-- thanks, computer! I started off with Batman: the Brave & the Bold, which opened with a Wonder Woman storyline stub, complete with grindhouse choir girls singing "Wonder Woman!" in the background. That. Just do that. Heck, even the genderswapped roles-- Steve Trevor as damsel in distress-- was a cute nod to Moulton Marston's politics. After that, I rolled out on some My Little Pony: Friendship is Magic-- the season premiere, featuring John "Q" de Lancie as Discord. Uh, kind of a wonderful episode, as Discord turned everyone's signature Element of Harmony against them. Relatedly, I watched another episode this weekend where Twilight Sparkle's skepticism was won out by faith in Pinkie Pie's psychic powers. A pretty disappointing moral, but it did have Twilight Sparkle freaking out & going diabolical inferno. Also, Young Justice-- Red Arrow versus Cheshire, all at the behest of Ra's al Ghul & Lex Luthor. I would have liked a little more romantic tension between Red Arrow & Cheshire, but the show-- & Brave & the Bold-- continue to prove the point I tried to make about the animated shows-- they both discard & embrace previous stories in equal part. No "canon" devotion, but rather, evocation. I went to Terra's party, so I had time on the train to Westchester to read a couple of books & then, eventually, it was time for Doctor Who-- "The God Complex." It is hard to believe that show is actually on the air-- that is some good television, is what I'm saying. Rewatching the earlier incarnations of the Doctor is fine, but the most recent two seasons are just alchemy-- Moffat & Smith & the rest have come together to make some fine moving pictures. & the details! The Doctor's "room" was number eleven? You've got creepy dream logic & creepy nightmare monsters, you've got skillful camera work to make "a guy in a suit" a horrid minotaur, you've got the House of Leaves smashed up with The Shining, the meta-commentary on the Companions, you've got the monster confronting The Doctor with his mortality, you've got gutwrenching, you've got heartwrenching...it is just a heck of an hour. A heck of an hour & here is the thing-- it isn't even a very exceptional episode! Just another really good monster of the week, but damn. Actually, I think I'll go watch a Tenth Doctor episode with Jenny now, come to think of it.
Collapse