The Dreamer by Will Eisner.

No one suspects that
Wonder Man is Fred Carson!
(Also, Superman.)

Here is I guess my confession: I don't "get" Will Eisner. No, really-- not at all. The Spirit? Just doesn't do it for me. I guess he's an essential bridge between cartooning & what we call "comics," & was instrumental in the adoption of the "graphic novel" as a format? Alright, sure-- so he's like, famous because of his impact on the industry? I guess I can handle that, but it just hasn't clicked with me. It still hasn't-- I feel like it is a blind spot in my understanding of the medium, but I can't seem to fit the puzzle pieces together. The Dreamer is a fictionalized account of Eisner's life & impact on the industry, a half-autobiographical work that breezes through the funnybooks, the Tijuana Bibles, the newspapers, the plagiarism, the mob, all the weird cobbled together bits of wire & string that ended up becoming the comic book scene. Actually, the plagiarism scene is probably the most fictional, since the court records dispute Eisner's self-portrayal. There is a Depression Era desperation to the book, coloured by the fact that you know everything will turn out okay-- I mean, "Billy Eyron" is going to end up having the "Eyron Award" named after him. I just don't know enough of the faces of the early period of comic book history to connect the view-askew version of real world people to their counterparts-- except "Jack King," of course, because Jack Kirby is basically the greatest human. There is a bit where "Jack King" freaks out like a bulldog on some mob goon, & it is perfect because you just know it actually happened. Like-- you know how superheroes fight on rooftops? That is because Jack Kirby had a rooftop apartment, & one day a gang tried to break into his home & Jack Kirby fought them off. There is a reason he always said Ben Grimm was the character most like him. So yeah, I guess that is it in a nutshell-- I read a semi-fictionalized autobiography of Will Eisner & I ended up focusing on a minor appearance by Jack Kirby. I just don't get it! 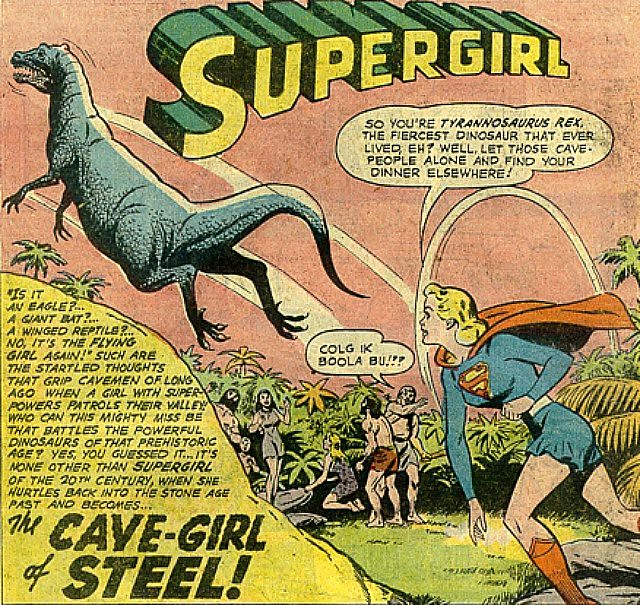 I was thinking about this today-- good job arrogent young Mordicai! It turns out, one of the perks of being a grown-up is perspective on the past, & you were right, little guy. You might have been a prick, but you were better than all of them, & you did leave The Wasteland & never look back. Your elitist attitude was borne out by the march of history. Good for you, kid. Wait, what? What am I talking about, I can't even. I mostly want to talk about how, if my face was a giant verticle slit with shark teeth & was lined by eyes, that would be okay. I think about that sometimes! Oh, don't mind me. I went to lunch with Marie & Eliot & I may have eaten too much, so I may be food coma crazy. Perhaps. Yeah, I might be in a bit of a strange place. Science will tell us. Science says: yes. Better double check with Magic. Magic says...I am also science. & also Friendship. What is going on? I am losing my mind. Got to lock it up. This is the second time in as many days as I've seen Marie-- last night Jenny & I went to a cocktail party hosted by her friend Sydney, who went to Sleep No More with us. It was a nice time, this cocktail gig-- martinis & lots of economics professors. I was just starting to get into the groove (boy you've got to prove) when Jenny announced that it was time to leave, & look at that, it was already ten thirty! I wanted to stay later anyhow, but went with her suggestion & was pretty glad I did by the time I got home, & again this morning. "Having a few drinks & staying out past ten" is a world apart from "getting drunk & staying out all night," & I was happy for the former. Before that, I hung out with Matt, Brian & Jocelyn at Kat's apartment. That was pretty lovely, too-- there was a plan to go to a bar with Brian & Jocelyn but I never made it there-- by the time Matt & Kat were underway to head over there, it was time for the cocktail event. &...now I can't stop thinking about what if Jason Voorhees was bit by a radioactive spider & became Spider-Man. It is like a messed up combo of Venom & Casey Jones, I think. It is...a great visual.
Collapse