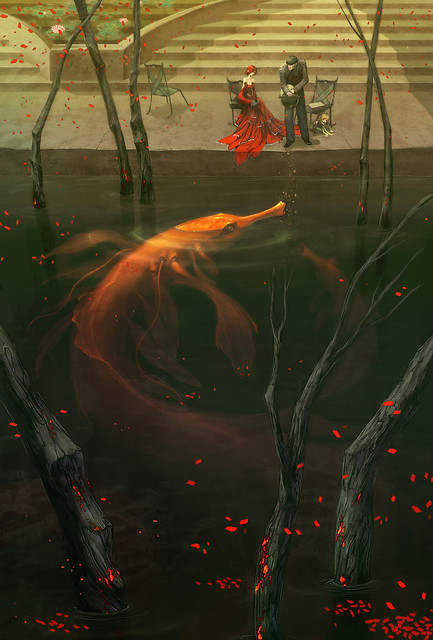 (Giant Koi at the Palace Dolorossa; "Flesh & Gold" by GunnerRomantic.)

Sunday's session was a lot of fun! Radarless couldn't make it, but the rest of us turned into the skid & made it a whole session of talking about feelings & having a big fancy party. It was the Festival of Lights, a holiday that is half Fourth of July & half Halloween. I've been starting each session with having the Players give me a recap of the last session, which set up the gist of the game-- you see what the Players have noted as important, things they caught & by omission things they missed. This game was going to be leading up to whether Slumbering Heart Sleeps in the Blue House would accept the marriage proposal of Duchess Rise Up With Fists, while in the background a drama of Curie First-Light & his wayward progeny bubbled, & as Blue Glory the Nightmare Lotus struggled with her loneliness & her the role thrust on her as bastard daughter of the Duke Regent. Curie & Long Cleaver of Dark Mountain Wind had previously been co-opted by the erstwhile Duchess of Marsh Mallow to lobby the Duke of Saltwater on her behalf-- Blue Glory & Slumberheart, meanwhile, were more focused on the fact that the Duchess seemed to be balanced on the knife-edge between Petal & Thorn, between virtue & vice. So, with potato skins, bread, cheese & wine, we get cracking!

The day before the Festival of Lights-- which starts at dusk, a hallmark of an earlier calendar-- the players polish off the last of their chores. Curie works in the secret forge at the heart of the palace, concluding the work on The Singing Sword. Originally one of the pair of blades belonging to the Pearl Queen, the Singing Sword is part vibroblade, part quantum blade. One of the other savants of Aubade taken into the Licorice Duke's bosom has already been at work-- Curie is there to provide an interface for the Philosopher's Stone to be able to provide power. Blue Glory is taking care of her mount, the extraordinarily dangerous & fearsome Herakles Nightmare, the stalking distillation of a prey-creatures bad dream about what a worst-case scenario alpha predator might look like. Herakles Nightmare is acting strange, & Blue Glory just can't suss it out. When Slumberheart goes to visit with his destriar, the saintly White Bodhisattva Anointed in Rosewater, he figures it out-- she is in heat! The group speak to one & other for a bit & then servant buttle them in to the public baths to clean up for the approaching twilight. Yes, buttle, the verb of "to butler." Right? 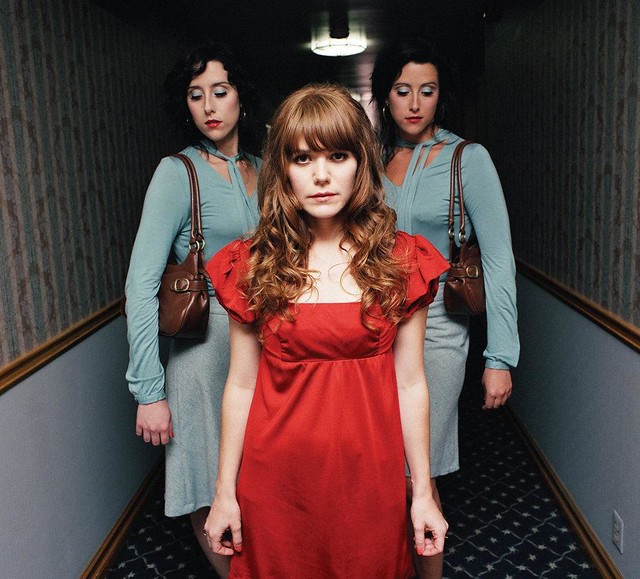 The group is ushered into a smallish room-- the area at the back of the Rooftop Arboretum-- were the guests of the previous day wait. The Karnak of the Licorice Mob, Hopping Lace is there, as is the Human from the See Mob, Fool on the Hill & the See Mob Demi, Wisefella. The room is light by candles, & a large copper tub is in the middle, filled with...well, by the smell of it & the shimmering booze haze, brandy. With a Chime, Rise Up With Fists & her warrior-handmaids Running Devil & Charging Sky come out & light the tub ablaze! Phwoomph! It is filled with raisins & the name of the game is "Snapdragon." It is less a game & more an excuse for parlor flirting-- you take the flaming raisins & hold them in your hands & mouth on dares, to show bravery, & to adopt a sinister aspect. Rise Up With Fists gives a ducal commandment-- start having more fun! Cheer up! For all that, the game fizzes at the start; Duke Slumberheart is afraid of fire ever since he was badly burnt & in fact crippled by the blaze in Antiphon, & when Rise Up With Fists tries to make seductive spooky faces at him, it triggers a deeper paranoia. Hopping Lace, meanwhile, is still clumsily courting Blue Glory, who isn't having any of it. Curie, sensing the mood in the room, acts buffoonish, defusing the tension while calling Slumberheart's attention to the comforting full moon. After that, it all starts coming together. Curie & Fool on the Hill-- both former lovers of the deceased hero-explorer Coyote's Lucky Day-- are flirting, Slumberheart & Rise Up With Fists are making eyes at each other. People are making funny faces, scorching their fingers, juggling & catching them in their mouth, juggling & failing-- the tenor begins to get playful.

(The Valley of the Palace Dolorossa; "Hidden Valley" by Jesse van Dijk.)

The front of the Palace Dolorossa was guarded by a gatehouse that led up to a divot in the canyon with waterfalls & a crying face. The reverse extends similarly, the water here in a vast hidden lake, feeding the falls. The lake itself is lined with a precarious seeming but well-trodden path, & in preparation for the celebration of the Festival of Lights, it has been lined with all sorts of fat fruits & vegetables; pumpkins, squashes, enormous radishes & turnips...& candles! That is right; it is a good old fashioned jack-o-lantern carving contest! Our players get down to carving-- no one fumbles, & in fact they make lovely shapes-- the moon from Duke Slumberheart, the a child's understanding of a father from Curie, Herakles Nightmare from Blue Glory-- but the big winner is Rise Up With Fists, who (making five successes on a Dexterity + Occult roll) carves a terrifying spiral into a pumpkin that seems to glow with a throbbing purple light, a symbol of insanity. Shiver! When you stare into the pumpkin, the pumpkin stares back into you! Curie sees a jack-o-lantern with two golden buttons for eyes-- golden buttons that had been passed on to him by his father, & that he had passed on-- he goes running for the stairs, still encased in his exoskeleton of armor, chasing after a tall figure. When he gets there, he stops-- seeing no one matching that description. At the bottom of the stairs is a pool filled with golden koi, including giant koi strongly resembling the huge black koi they encountered in the Licorice Duchy. The game is spooning for goldfish-- with a loop of wire with rice paper stretched over it, you must spoon koi into a bucket, until all the paper is dissolved. A fine showing from Curie & Blue Glory, & Hopping Lace, Wisefella & Fool on the Hill, but it is Slumberheart's Iaido training that wins the day, as he fills the bucket to the brim with wriggling fish; Rise Up With Fists only catches one, but it is a big one, a baby giant koi, the size of a small cat. 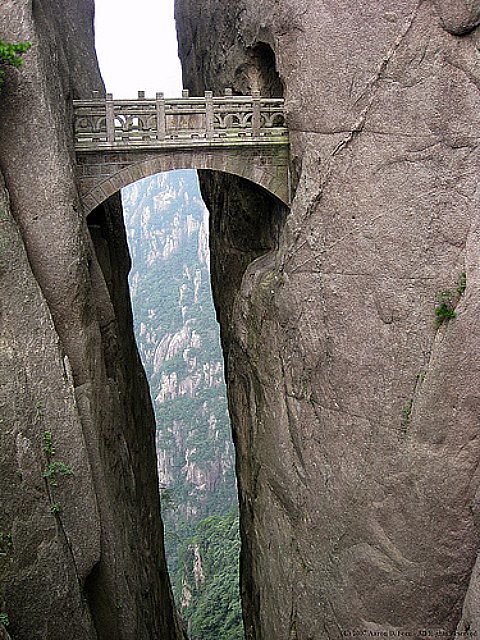 After that, Rise Up With Fists took them to the single bridge connecting the two ends of the top cliff face to watch the fireworks celebrating the Festival. While the rockets cracked & sparkled & popped, they composed haiku, in admiration of the evening. Rise Up With Fist's was: Pregnant flowers bloom / Death walks among us all, now. / The Snake cries "freedom!"; Blue Glory's (forewarned by a winsome Duchess) was: Iridescent nights / of rainbow coloured delight / Festival of Lights.; Curie's (spoken to the night air) was Life spent in searching / desperation brings insight / joy born of folly.; & Duke Slumbering Heart Sleeps in the Blue House won the acclaim of the Duchess with his love poem: Starbusts above us / love'lier than the thaw of spring / but second to you. Yeah, I run a Weird Horror role-playing campaign where going to nice parties & making up poems might take up a whole session, what of it! In the end, the Singing Sword, named Sepia, is brought forth. Reforged from the hilt borne by Slumberheart & the fragments in Rise Up With Fist's keeping, once belonging to the Pearl Queen & shattered by the black mace of the Licorice Duke. Rise Up With Fists presents it to Slumberheart, along with her proposal of marriage...& he says yes! Fool on the Hill presses a button & another spray of fireworks go off (hidden the previous night & discovered by Blue Glory, who deduced their purpose) & with that we end our tale for the night, with the ducal engagement. 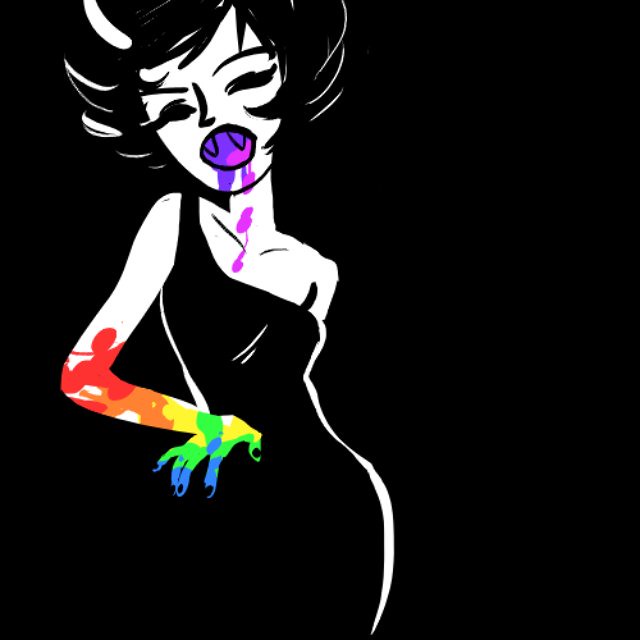 I don't know, being alive? Trying to live a life of quiet desperation? I did end up getting out of the apartment & going to the gym on Saturday though it took me all day to build up to it. Not a bad bit of hustle while I was there-- an hour twenty-five, though a fat chunk of it was cardio. The church bench is busted & I used that to do my heavier curls, so that is out of rotation. Came home & I'm not sure what exactly? Mystery, I guess. I was alive, I'm pretty sure. On Sunday I ran my game which was a blast-- the low-adventure high-social games always have a place in my heart. The session ended early, thanks to the flow of the story & James having to duck out for Fashion Week. I hung out with Sam & Tracey afterward; they introduced me to La Roux, which has been my jam for the last few days. Then Monday, er, I guess I had a pig's head sandwich with Terra before the Big Tennis Thing. It was a Cuban Sandwich made with a pig's head & yes it was yes. Yes. Terra had a crab & truffle pizza that was too much, no. & the squirrels were very no. No. I had to leave work early to come in & look at the water damage from Not Hurricane Irene with my landlord & my super & the building manager. Serious Grown-Up Face. When they left I watched a My Little Pony: Friendship is Magic episode about the founding of the Cutie Mark Crusaders, so there was some good news! & then another nice hammer of a time at the gym; messing around with lots of machines since I couldn't do all the stuff with free weights I normally could. Also, I was on the cardio machines that think resistance twenty is higher than the others do-- different software-- so I had to push. Nice. & then Jenny & I watched "Night Terrors," a rather fine Monster of the Week episode of Doctor Who. Of course I knew it was a dollhouse, I knew as soon as there was the copper painted wooden pots & pans. Then again, I spent a couple of terrifying weekends in the workshop of a family who made dollhouse furniture for a living-- camping out on the floor in a sleeping bag amidst the tiny gumball machines & all that. I lost a nice vintage Army coat there, actually.
Collapse