I liked Green when I read it, & I liked Jay Lake's "Clockwork Earth" novels, so it shouldn't come as a surprise that I liked Endurance. First thing first, the cover. I think it is a gorgeous cover-- like the cover of Green-- but I still think the protagonist needs to be darker. Much darker! The fact that our main character-- the formerly eponymous Green-- is a non-white character among pale-skinned supporting characters is a major facet of the book, after all. To play devil's advocate, the cover does capture the whipstrike sense of danger Green has about her. For me, the predominant attractions here are the non-Westernized setting & the active female protagonist. Ugh, when I say it like that, it sounds so clinical. What I mean is-- in Green, Jay Lake spun out a world based on vibrant influences other than the Generic Europeanesque Feudal Fantasy Setting, & he brings a healthy dose of genuine worldbuilding & inspiration to the table. The setting of these books is creative & evocative. & if that world is a china shop, Green is the bull in it (or well, ox if you'll forgive the pun), running riot over the machinations of gods & men. Lake lays out the big strokes with a great deal of craftsmanship, but it is the little details that sell it. The blue guy in pangolin scale armor? The subtle reference to the painted Fechin from Gene Wolfe's Book of the New Sun? That is what makes it for me. A bit of a flourish, underplayed for dramatic effect. You know what this book more viscerally reminded me of? Maybe this is a very personal response, but it reminded me of

martak's Epic-level Planescape campaign. It was a part of his Oisos setting, in which our characters-- the Aasimar Paladin turned half-angel father of the Messiah, the Human Cleric turned Saint & Avatar & the Tiefling Psion turned Demigod of Blasphemy-- were godmakers & godbreakers.

I picked up Orcs, the first of Stan Nicholls' novels about the eponymous fantasy race, solely because of the pretty much perfect cover image by scultpor Tom Lauten & photographer Geoff Spear. There were things to recommend about the book-- hey, any book that deals with the usual villain in a more three-dimensional view has something going for it-- but there were things to detract from it as well, like the fact that the villains of the tales ended up being fairly blank & two-dimensional themselves. I didn't hate the book, by any means, but it certainly didn't compel me to chase down the (equally pretty) subsequent volumes. I grabbed Orcs: Forged for War on a similar basis-- hey, a comic book about orcs!-- before I even realized it was Nicholls' writing behind it. When I finally figured that out, I was actually pretty excited. Part of the problem with Nicholls' novel was that it was just too long-- because his villains didn't have all that much depth to them, he didn't need nearly so long to lay them out as he took, & his plot line was a pretty standard video game key collection mission, & again, we didn't need all those pages to get there. The graphic medium, I figured, would be a better fit, & I was right. Again, we have some "bad guys" who are pretty over the top, but with a lower page count, it goes down. Flood's artwork really sells it-- he manages to get a sense of motion in his images with an economy of panels. Hacking & slashing win the day, & Joe Flood's treatment of the warband's roll call shows that he has an easy knack for differentiating green dudes, besides the obvious facial tattoos & warts. Plus, orangutan-ogre & pterodactyl-harpies. 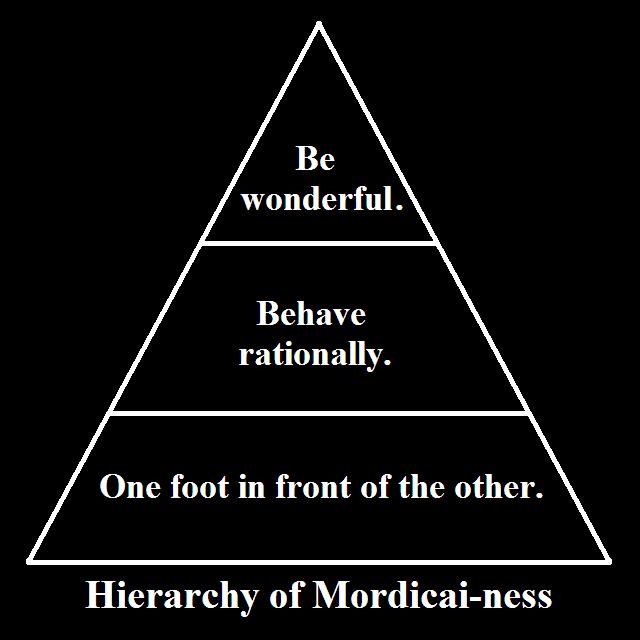