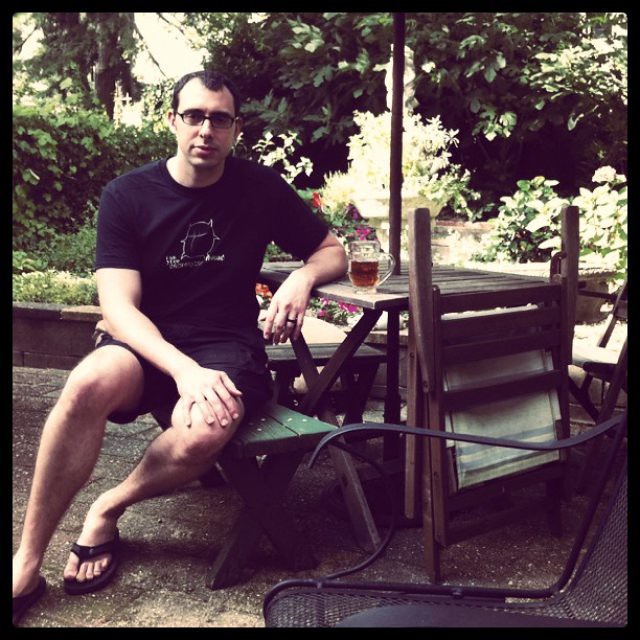 At Kat's Going Away Party I was teasing Meredith about the time at the zoo when she accidentally held my hand & Jenny reminded me that I totally did the same thing! I totally took this stranger's hand when I went to go see the Alexander McQueen "Savage Beauty" exhibit. That was pretty funny. I'd totally forgotten about that-- how many other strange women have I held hands with & forgotten about? I'm pretty sure the answer is "none," but who can ever be sure? Such is the curse of memory! Like for instance, what have I been doing with my life this week? Time does fly. On Sunday...oh! I remember, I went to the gym for an hour & a half-- which I was over due for-- & then met up with Terra & her husband Scott. They were in the neighborhood for a barbeque & popped over afterward to say hello & hang out for a bit. We had some yogurt & then walked to the park, where there was a Gargoyle & a Quagmire Reef & an evil Ent. We saw it all! & then we came home, absorbed Jenny into the mix, & got some sushi. I ate...I ate a lot of sashimi that night. & then we came back to my apartment & Terra & I acted silly while our spouses rolled their eyes. That sounds about right! & then it was Labor day, & we went over to Robert & Judy's with Kira & Nino & little Olivia. I scooted around on the floor with Olivia & ate blue cheese & turkey burgers, beef & American cheese burgers, beet & fennel salad, mixed greens, ice cream, ice cream sandwiches & milkshakes. After that, Jenny & I went home & watched the second Cybermen episode, "Age of Steel." I was...not impressed. So far the episodes of this older season really don't compare to the more recent Eleventh Doctor stuff. In the middle of the night, two shelfs tore out of the wall & fell to the ground-- I didn't know that at the time, though, so I was very "Primate Threat Response!" in my acts, putting Jenny behind me & getting all geared up to fight. Nothing doing, though. There was a bunch of GoldenEye too-- since Jenny has been on the computer more recently, I've been fooling around on multiplayer. I'm usually on the plus side of a one to one kill to death ratio, so I count that as a win. Oh & yesterday I watched the first half of Spirited Away. I have seen it before, but it hasn't been since my face was broken, so it is fun to rewatch it. Jenny was super cute, too-- she was doing her own thing in the other room but kept coming in & being adorable. 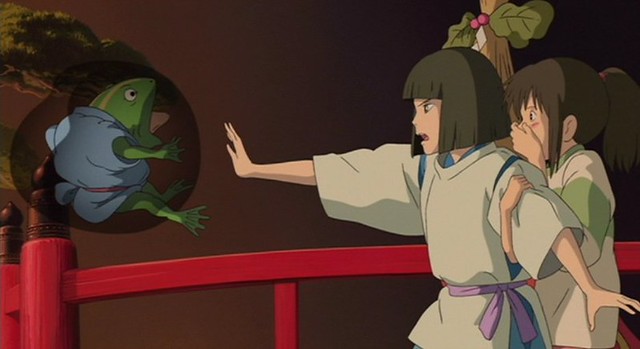