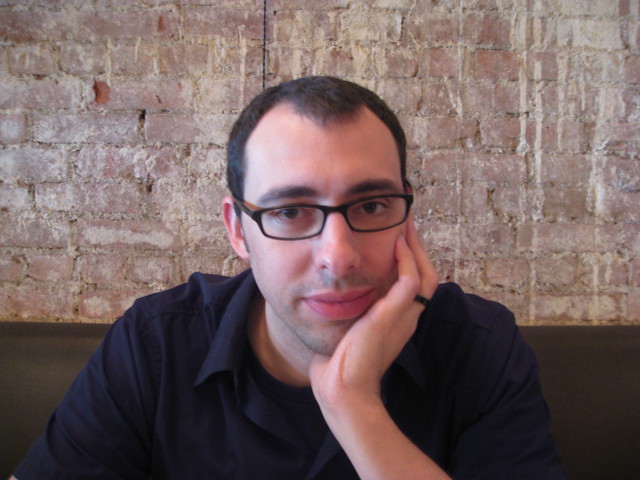 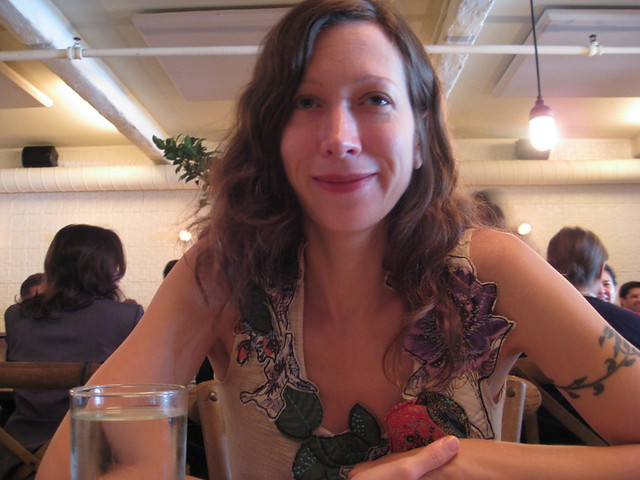 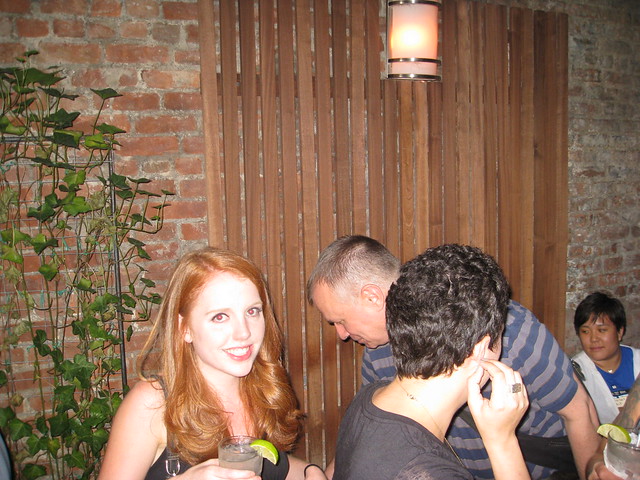 At the bar last night I was waiting for a bartender's attention & I said to the guy standing next to me-- "I could do enough sit-ups to get those abs & go behind the bar myself faster than this!" Which is a joke that only makes sense when you realize that the bartenders at Boxers are all shirt-less male models. I also said "oh, Boxers, like boxers the underwear, I get it," way, way too late in the evening. It turns out a bunch of shirtless guys actually makes me feel pretty okay about my body! I certainly don't have washboard abs, but I have better arms & shoulders than a lot of those guys. Good for you, flesh robot! I'm getting ahead of myself, though. First, I had lunch at Tarallucci with Marie! She's been in France for a while so I haven't seen her in oodles of ages. We talked about stuff & took pictures of each other & it was great. Marie, everybody! Back in the office, I wrestled with some spreadsheets, tag teaming with Brian, but in the end old school hunt & peck prevailed. Then after work it was Kat's going away party, since she's leaving the company. It was a lovely occasion, though like I implied above...hiring bartenders on the basis of looks is maybe a bad idea? Matt's martini was made with vodka! I had to ask for olives! It was a whole thing. Then again, maybe a couple of straight dudes complaining about how the shirtless men made their martinis wrong is a good example of heteronormative privilege putting on some blinders. No kidding, Mordicai, the shirtless guys weren't doing it for you? Heavens forfend that the gay bar not cater better to your priorities! Jenny came back from our nation's capital & between me & Rachel we managed to woo her into stopping by for a drink! Oh I am happy she is home, I'll tell you what. Then Jenny & I left, got home, & watched the last half of the Video Music Awards. In summary: Go to hell, Chris Brown. At least Jay-Z didn't clap for you. Go to hell, Tyler the Creator. & somehow, Katy Perry & Russell Brand being a couple makes me hate them way less? I don't know. & I though Brand's Winehouse memorial was pretty heartfelt-- "I was in trouble too & I got help, you can get help too." That is your message? Well, okay then!
Collapse