ICO: Castle in the Mist by Miyuki Miyabe.

Wander & Dormin,
at the beginning of things.
Shadow & Horned Boy.

I really, really adore the game ICO. I put it on my Influence Map & I have a reference in my Interests, but that hardly scratches the surface. For me-- we'll, you know that scene in Fellowship of the Ring when Galadriel talks about how if she took the One Ring, she would become a Queen, beautiful & terrible? Oh how I like that passage. The Queen of the Castle of the Mists has always been "Evil Galadriel," to me, & her daughter Yorda is Arwen & Fingolfin all mixed together. Yorda breaks my heart, & Ico is every tiefling protagonist you ever wanted to see. The bold, brave boy, the heir to Link with his Zelda, Yorda. & I don't think I'm alone in feeling that way-- not for nothing was ICO's spiritual successor The Shadow of the Colossus used to illustrate Ebert's post recanting his statements that video games couldn't be art. That is a huge factor both for as well as against this book-- on one hand, the book reminds you of the huge upswell of positive memories you have for the game-- one year I beat it on Christmas day!-- & that reflected glow is nice. On the other, it has a huge legacy to live up to, one that it doesn't have much hope of actually meeting. The ultimate failure of the book is that it doesn't hold true to the themes of the game; it abandons the emotional premise.

In ICO, there is only the eponymous protagonist Ico, the white girl Yorda, & the dark Queen. The story is minimalist, with the dialogue being obscured by mysterious glyphs & gibberish speech. The puzzles of the castle & the threat of the shadow spirits provide tension, but the story is open, fluid, encouraging exploration & experimentation. The sparseness of the narration allow you to tell your own story, make everything incredibly open to interpretation, one giant gorgeous Rorschach blot. To Miyabe's credit, she makes it clear that this novel is her "variation," her own personal mythology. That goes a long way, with me. Still-- the novel doesn't hold true to the core of the story. Much of the tale is told through flashback's to Yorda's life, creating a father for her, another horned champion, scholars, handmaids, the whole nine yards. & Yorda & Ico "talk," telepathically; that sort of defeats the point, doesn't it? More over, it isn't Yorda & Ico that win the day-- it is the "Mark" acting through Ico, his magic shirt; it is the "Book of Light" acting through Yorda. Undercuts everything...but not as much as Ico waking up with amnesia on the beach, forgetting everything that happened. & there was no scene of them falling asleep on the couch! So sad. I will say this; the story Miyabe tells is cogent, & the twist at the end is pretty good, actually. The novel isn't a betrayal, it just isn't what I wanted. Though as Brian said, it will be lovely to have it on my shelf. 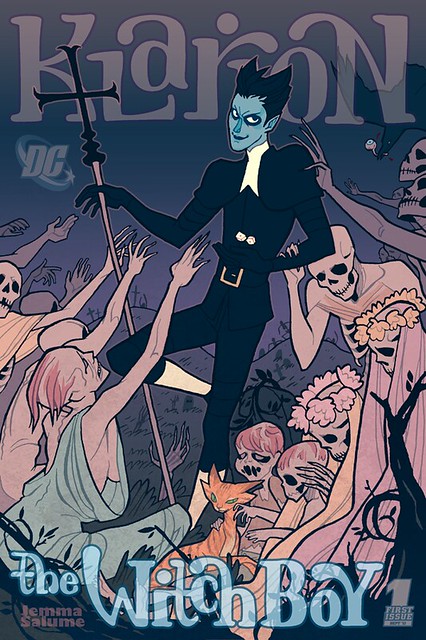 Yesterday was a pleasant little snake-hand of a day. It was a half-day at work, & I got a bunch of stuff done that I needed to do, & pursued a path that hopefully will make a piece of drudgery associated with my new job-- entering lists of ISBNs by hand-- go away through the miracle of information technology. There is a hurricane coming, right on the heels of the earthquake, did you notice? Anyhow, it isn't very exciting, as it basically ruins my plans for the weekend. On Sunday I was going to run my Oubliette campaign & then on Saturday I was going to go upstate for Terra's birthday party. It is a bummer that her party got canceled, & also a bummer that I didn't get to meet her husband to assure him that I'm not macking on his wife. I mean, we're all on the same page, but I feel like once I get to meet him he'll understand that I'm just a genuine weirdo, not someone creeping on his wife. Anyhow, I did get to give Terra her present early, on account of the cancellation-- I am impatient with gifts. My present was a fossilize dinosaur tooth! A genuine dragon fang out of the mouth of Spinosaurus aegyptiacus. I wrapped it in this "Black Widow" illustration by Stephanie Hans, & it looked pretty ace.

When work was finally over, Terra & I came into Brooklyn, ordered some Indian food, & picked up watching Twin Peaks where we left off last week. Oh man, every time I watch Twin Peaks I catch something new, even now. Like-- Ben Horne has a tossed off line, off camera, where he asks someone "Are you familiar with the works of Knut Hamsun?" What! Jenny recommended Knut Hamsun's Mysteries years ago, & it is...super, super Lynchian. I mean, down to creepy dream sequences with little people in it. Heck, I photocopied passages from the book & stuck them in my Oubliette notebook! So that is pretty awesome. I can't remember if I'd put the Hamsun/Lynch connection together before, but they clearly are of a piece. Also we talked a bit about season one & season two. Terra is into Twin Peaks, she says, but she's not yet obsessed with it. Now, I realize it is popular opinion that the first season of Twin Peaks is vastly superior to the second, but I disagree-- while the first season is tightly made & well aware of itself as a primetime soap opera, I think it isn't until the second season goes insane that the show really becomes itself. The macabre spiritual setting of the second season retroactively casts the more mundane first season in a spooky supernatural light. I think the second season is the exegesis of the first season, where the mythology of the show unspools & the background dream-logic moves to the center. It is the inner mysteries! 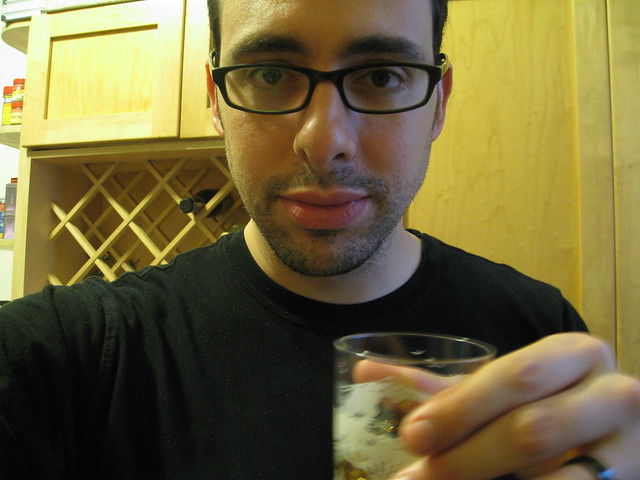 So far this hurricane thing is a total bust, a real let-down. It might have ruined my weekend but we haven't even moved past the "drizzle" portion of the storm. On the plus side, because

fordmadoxfraud live in the evacuation zone-- Gowanus has a canal, that is an actual flood thread-- so we've got a little slumber party thing going on. We've got supplies-- yesterday I went shopping & the line was all the way back to the meat aisle. Still, I mean-- there were empty shelves, but the shelves weren't empty, you know what I mean? I've been pretty dubious about this storm-- I mean, the news is really disingenuous, & are advantaged only to create a panic. Which, by the way-- ugh. Anyhow, it looks like we'll get a level one hurricane or whatever-- so quite a storm, but unless you live in Hoboken, or on a sandbar island, you are fine. The "slope" of Park Slope is up toward the highest point in Brooklyn, so I'm not concerned. We bought double burritos! Burritos for lunch, & a spare burrito for dinner! Leftovers of those burritos for breakfast maybe! Double & a half? What have we done? We watched a Tenth Doctor episode of Doctor Who-- "The Girl in the Fireplace," which I'd seen (drunkenly) years ago with David. It was in fact pretty great-- a clear forerunner of "Vincent & the Doctor". A love story with Madame de Pompadour! Cute. After that we played a bunch of GoldenEye-- me, David & Maggie-- & then we cracked open the whiskey, too. Things are going to get awesome, hopefully-- new Doctor Who episode! "Lets Kill Hitler!"
Collapse