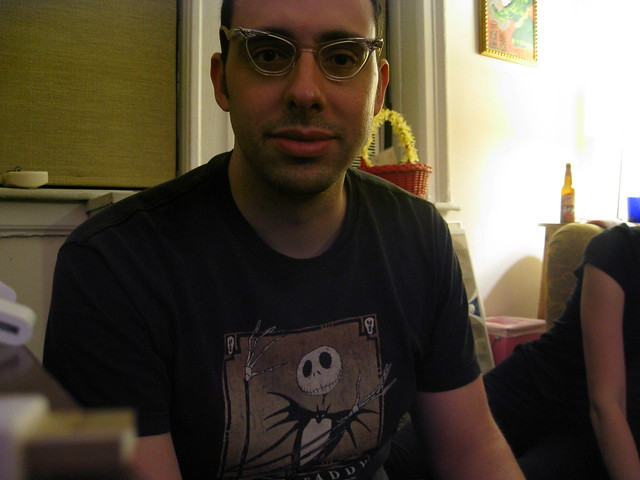 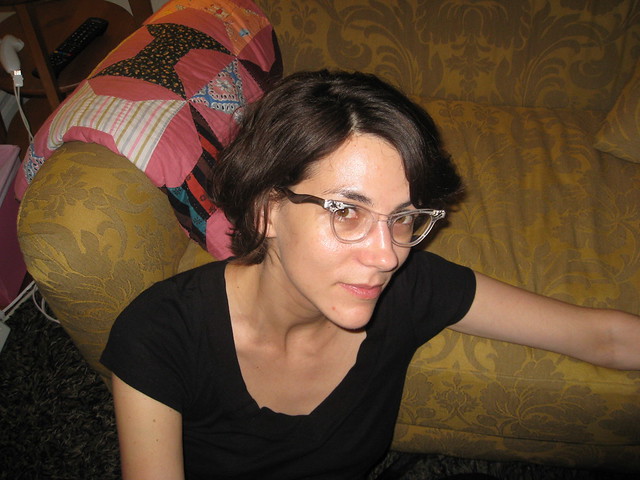 So, lets see. Yesterday sure was my first fight with Terra, but we got over it pretty quickly. That out of the way, it was off to lunch at Rye House with Pamela. I gave her a copy of Beautiful Chickens & she sort of freaked out, which warmed the cold dead cockles of my heart. We split a lobster roll & a fried green tomato club & toasted with scotch-- mine the lovely Laphroaig Cask Strength, which tasted like there was a fire in the building, it was so smoky. Then back to work, then home! Television Night, featuring the full cast of rogues! Joker!

elladorian! We spent a good hour trying to explain The Doctor's various companions to each other-- mostly me trying to wrap up Amy & Rory Pond & River Song, but some of David trying to hit the high notes of Rose-- & we only managed to watch "New Earth," which I'd seen before. I haven't gotten "bit" but the Tenth Doctor yet, or Rose, but I'll give them a chance. The production values are...visibly lower. Time, I guess? I know

kingtycoon has said he only likes science fiction with the wires showing, & I see the charm of that-- Shakespeare with a guy waving his arm for "tree"-- but I'm not adverse to some gee whiz flashbang, & I think the Eleventh Doctor episodes strike a good balance. Toward the end, we all started swapping glasses & there was gift giving! David & Maggie gave me oodles of miniatures as a congratulations, which had some pretty lovely "gets" in them. I thought about pictures, but I'll save them until I spring them on some adventurers, keep the element of surprise. Maggie & David gave Jenny a bunch of Prague themed stuff, including Becherovka & loads of strange candy, & Lilly got a matched set of bowls to replace the ones that broke. James showed up...but just in time to leave, & then to bed, before we turned into pumpkins!
Collapse