Early on, Stephenson makes apologies for titling this work Castles when it in fact deals with a much wider scope of fortifications besides just castles, & think that is a point well taken (11). This book reminds me a lot of the Warriors of the World series-- of which I've read The Native American Warrior & The Ancient Warrior-- in that it gives a brief & breezy overview without skimping on technical details. It doesn't condescend & it doesn't bore, but rather dances the tightrope between academic & pop culture with a great degree of skill. Plus, if you ever feel like it is tipping too far in either direction, there are all the pretty pictures & diagrams-- like the amazing illuminated manuscript of Château de Mehun-sur-Yèvre, side by side with a shot of the modern ruins (148). Lovely. Castles really won me over when it pointed out that while Romans & the ancient Chinese built walls & fortifications around towns to protect their citizens, feudal Europe built castles to...protect rich warlords (44). You know, I'd never thought about it that way, but yeah, yeah, castles are totally bullshit. There are more than a few features here that really struck me as something I need to steal for my worldbuilding, like the bas-reliefs in dungeon cells carved by inmates & listening vaults underground meant to detect sappers (118, 181). My favorite fortress is Saone, in Syria, for its "drawbridge on a plinth of stone," which is just...intimidating as heck (168). I really appreciate that this book is global in scope-- in fact, I think we should be teaching Japanese roof styles (hogyo, kirizuma, irimoya & yosemune) to kids at the same time as we make them memorize doric, ionic & Corinthian (212). So yes, I'm quite thoroughly charmed by this book, & looking forward to the similarly packaged book, Fashion. 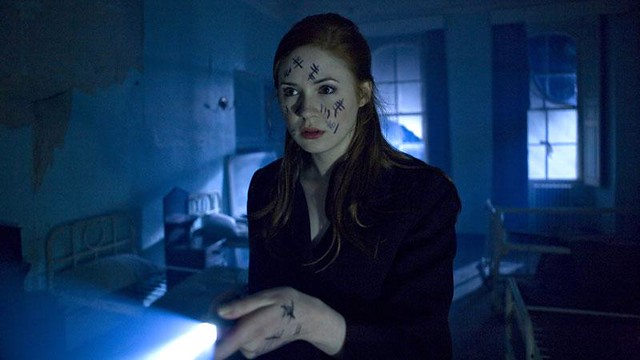 Let me talk about my various power lunches, & get that out of the way. I'm on record as a big fan of the lunch date. Here is the thing: in my adulthood, my misanthropy has grown to eclipse my extroversion to some extent. The scales have tipped. I would rather go home & spend time with Jenny-- who I like more than anybody-- than go to a party or stay out late. I still am interested in people, though, so lunch gives me a perfect little window. Chronologically, then! On Tuesday I went to Haru with Kat, & it as as she insists, pretty high quality. I spent most of that lunch date selling her on Sleep No More, to great success. Wednesday was lunch at Republic with Terra. So, Terra has been rising in the charts recently. She's totally my new favorite bestie. She said I was her Work Husband & I said I hated that term-- men & women can totally be friends without needing special gendered terms-- so we settled on Work Civil Union. I know, barf, right? I won't even tell you about the "FRIENDSHIP ENDING COMMENT" inside joke. Then today was Azuki with Jocelyn & Nick Courage. We talked a bit about this & that, & I made a pitch for Doctor Who. I guess that happened. I guess I'm one of those kinds of creatures now, the kind that evangelizes for Doctor Who.

I'm getting a bit ahead of myself, though. So last night was Television Night, & as usual it was lovely.

elladorian showed up clutching beers in hand. I had had the worst luck with trying to get food. Even getting lunch with Terra, I tried to to to Restaurant i to no avail; for dinner I was shut down by both Corner Burger & Brooklyn Bread. Jenny was craving a milkshake so I sorted restaurants by that & we ended up getting Bark; a crispy pork sandwich, a "slamwich" & a bratwurst. That brat is definitely worth revisiting. We drank some Unibroue La Fin Du Monde, which Jenny & I picked up because-- well, because we want Unibroue Ephemere Apple so bad. Maggie had grabbed some Peak Organic Pale Ale, which was fine; for all that Peak Organic's packaging looks subpar, they are always decent. There was also aome Old Thumper left over from Jenny's birthday as well. Last week we'd watched "The Impossible Astronaut", which was the first half of a two-parter, & I'd been getting ready to watch the second half, "The Day of the Moon," all week. Great, great stuff. The Silence are very creepy-- I notice that between The Silence & The Weeping Angels, Steven Moffat has a thing for things lurking in the corner of your eye. Then it was "The Curse of the Black Spot," which was a "monster of the week" episode, which is fine by me. Pirates! Lily Cole was the Siren, & I got into an argument with everyone for saying that she was famous from Doctor Parnassus. What, that movie wasn't a blockbuster?
Collapse