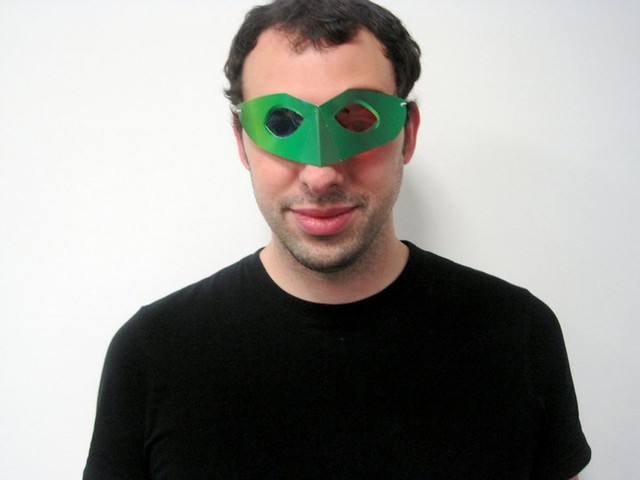 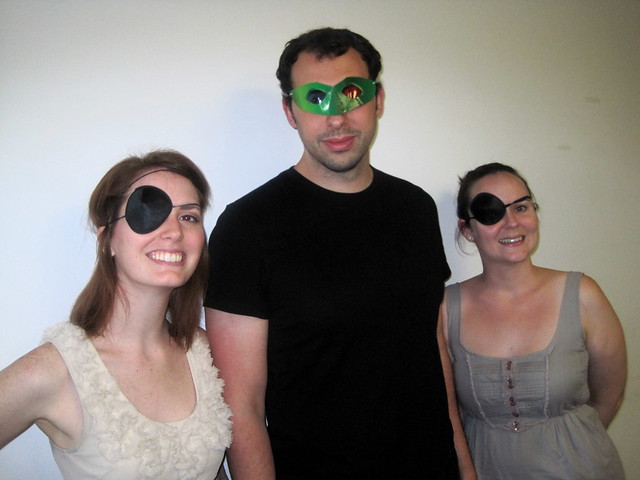 Let me fill in some of the gaps on the rest of last week, here. Tuesday & Thursday night I went to the gym. Nothing special; I exercised adequately. An hour fifteen each, with effort portioned equally between the elliptical, free weights & the machines. There is a woman who I've started a "wave hello" relationship with, after seeing each other out of the corner of our eyes every couple of days for a couple of years. I guess it is the version of the chin-up dudebro nod. I'll go again today-- once I can get my pile of lazybones up & active-- & that will make three. I've been pretty good about this "three times a week" thing; I don't think I've slipped up since, like, January. Also on Thursday I went out to lunch at Mangia with JJ & Terra, which was mostly us talking about television shows we like, particularly Doctor Who. I had a salad with "wine roasted grapes" that was alright. Pretty alright, if a little bit pricey. Oh, & more Work Adventures. On Friday-- after the half-day-- I had lunch with Caroline at Cafe Steinhof. I had the mushrooms & dumplings & eggs, since I really like the mushrooms & dumplings on the dinner menu-- the "with eggs" part just meant it was scrambled together, which wasn't actually my favorite. Fun fact: whenever I record what I've been eating or watching on television, I only ever think how helpful I'm being to future digital archeologists. You're welcome, The Future. Caroline & I talked almost exclusively about Sleep No More, since she's gone seven times & is basically a ninja of it. & then home, to a slightly fussy Jenny-- she's been fighting off a cold & has been a little bit miserable the past few days. Poor thing. We got dinner from the Park Slope Ale House, since she wanted comfort food-- a chicken pot pie, a shepherd's pie, some fried pickles & a whole mess of string beans. We watched the final episode of season one of Archer & then she went back to quilting & I...well...the thing that is really patching together this week is A Dance With Dragons, which came out on Tuesday. I haven't been reading it maniacally-- I'm only a little more than half-way-- but I have been reading it pretty consistently. Mostly in a "finish a chapter, go kiss Jenny on the forehead, go fiddle on the internet, read another chapter" way.

So, I am super excited about John Carter, based on the trailer. I'm a huge fan of the Edgar Rice Burrough's books, which puts me in a tough place, since I've got preconceptions about what it "should" be, right? The thing is, I'm hugely amped from what I've seen, & I'm hugely contemptuous of most of the complaints from the peanut gallery. Really? Your complaint is that they aren't naked enough? Come on; that is really silly. Putting a top on Dejah Thoris takes the movie from at least an R rating down to a PG-13, & frankly accessibility is beats slavish devotion to the text, especially when that devotion would come at the expense of objectification. So score one for the Pixar-people-on-loan-to-Disney. As for the red tattoos, I get it. What were they going to do, slather the Martians in body paint? Colour adjust the footage? Cast all Native Americans? See how that starts going to a real troubling place? Now, maybe you can argue that an all Native American cast would have been cool, but I'm just saying, avoiding "red-face" acting is pretty reasonable. & what-- "Oh, the sand isn't red enough!" Seriously? "From the three second glimpse of Sola, I think the green Martians aren't what I imagined!" Are they green? Do they have tusks? Four arms? Check, check, check, shut up. Look at what is there! You've got Peter Gabriel covering Arcade Fire, singing "my body is a cage that keeps me from dancing with with the one I love." Uh, I'm practically sold right there; that pretty much sums it up. & we see that "Edgar Rice Burroughs" is a character in the movie, meaning that the meta-textual frame story is still intact, which is another crucial bit of goodness. The cinematography looks great, the special effects look good; what is there to complain about? I'll be content if it is as good as Tron: Legacy, but I think it will be better. Either way, they are making a movie based on John Carter of Mars. How crazy is that? I never thought that would actually happen, & yet here we are. It might not be the Frazetta version that people had in their heads-- but that is a good thing, as it gives the film room to make something of itself, on its own. I'm excited & as they say-- haters gonna hate.
Collapse