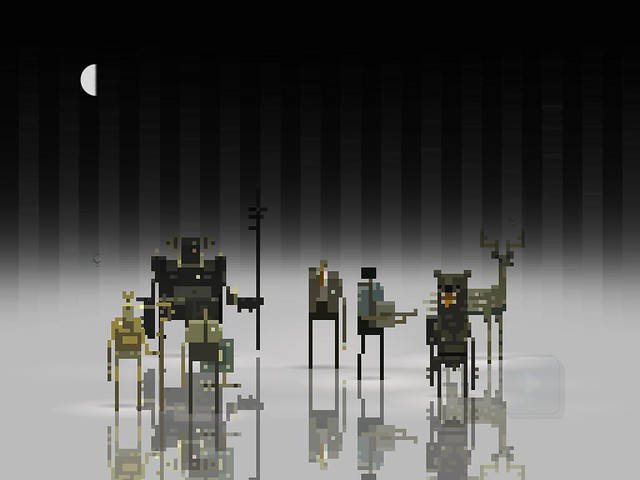 I think I'm pretty confident on the basic outline of the races of Oubliette. I have a lot of nuts & bolts stuff that I wrack my brain over-- the way Alphas regain Willpower needs to be over-hauled, for instance-- & some fringe stuff that I keep banging my head against-- how exactly do outliers like homunculi & cacogen fit in?-- but over-all I'm pretty happy with the basics. The big thrust of it has been species over monoculture. There is no reason that eladrin, elves & drow can't all be the same species expressed in different ethnicities with divergent religions. There is no reason that gnomes & dwarves can't be the same species with different cultural facial grooming traditions. To that end I've undertaken a minimalist approach whenever possible; heck, the Savage, Civilized or Decadent? question provides the Narrator with a lazy jumping off point when they start world building, as do the Metacultures. Just grab a species, decide their cultural situation, figure out what Metacultural strains are in there, & voila. Heck, you can pull non-human inspiration from anywhere: take Karnak cultural elements from orcs, or Klingons, or Cimmerians. Pulling from different fictional sources is a good way to avoid the problems lots of fantasy races end up with, where the whole species just has one bland unifying society.

In the World of Darkness system, I use character generation as the way to delineate races-- different species get a different breakdown of statistic points & skill points. For instance, while Humans get 5/4/3 to distribute between their Physical, Social & Mental attributes, Karnaks-- more generalists than Humans-- get 4/4/4. Also, a the races of Oubliette are species, it is important to think about evolutionary psychology in a very careful way. The idea of innate behaviors shouldn't be over-stressed, but it will come into play. A small species-- In Oubliette, the Demi-- are going to require less calories, which will open up a lot of margins for them to inhabit; Humans might have hard going underground or in other inhospitable climates like deserts or swamps, but Demi will be able to exploit them much more efficiently. Which brings up an orthographic & taxonomic note: races in Oubliette, including Human, use the majuscule first letter, just to give it a little more punch. Lower-case "human" is all well & good until you start throwing other Homos into the mix. In fact, in order to sort of anchor things to a plausible root, (most of) my races are inspired by actual hominids that lived contemporaneously.
Collapse