So was at home alone, in the liminal zone between work & the gym, eating left-over ribs, when I swallowed wrong. I have a bad habit of taking too big of a bite & not chewing enough. I'm sure you know the type. You know how sometimes you have so much food in your mouth that you decide to swallow it in stages? Keep chewing one half while downing the other? I tried for one of those &...bad idea. You know how ribs have those bars of hyaline cartilage at the top? Yeah, well-- that is some tough stuff, & when I swallowed it all went down with it, taking a huge chunk of meat & lodging it right below my epiglottis. You know that bubble of food that gets stuck in your throat & you have to wait for it to slide down? Like that, but without the sliding. So I coughed, & I hiccuped & I wretched (look ma, no Oxford comma!) & tried to keep my wits about me. I have a tendency to become a robot under duress-- I don't panic, but rather just get hyper-Spock about everything. Concentrated on breathing, took a chair from the kitchen & folded a towel over it in case I needed to self-administer abdominal thrusts, changed from my pajamas into clothes in case I needed to bang on my neighbors' doors ("pardon me, can I borrow a cup of Heimlich?"), all that. I was just worried that I'd get the piece up...only to have it lodge in my wind-pipe. In the end, after about a half-hour of no movement, I full on induced vomiting, & emptied my whole stomach in a colossal spray of detritus...including the offending blockage. It was...well I don't want to exaggerate its size, but suffice to say it was enormous.

After all that I was a bit rattled, but fine. I mean-- my body had undergone a bunch of weird stress, but I'd kept my head on straight & dealt with it. I wasn't mentally out of sorts, but my guts couldn't tell if I was hungry, or never going to eat again or what. I did get myself to the gym, though! Good work, even if I only stayed for an hour. I figured, heck, I can give the old bag of bones a break for feeling wonky. Evolutionary critique often focuses on the design flaw of using the same tubes for food, water & oxygen, & I have to give them credit. It sure does seem dumb. Came home to Jenny & she relented & got Thai food with me. It wasn't really her favorite suggestion, but I just wanted some noodles-- food that would go down easy & settle my wounded belly. We watched Mythbusters-- well, she watched the first half with me & then went to go make quilts-- & it was a fun episode. The Adam & Jamie bit was about explosions underwater-- all well & good-- but the Tory, Kari & Grant bit was a lot of fun, & reminded me of the paper-samurai goblin from

toughlad's Dungeons & Dragons game. They tested paper armor & compared it to steel armor, & found them...well, comparable! I mean, unsurprisingly-- if I said "wood" instead of "paper" you'd probably remember that stuff can be pretty tough-- but it was a lot of fun to watch them build the rig & test it. After that, it was mostly time for bed. I tidied up my life, fooled around online & waited for Jenny to be ready. In bed, I tried to brainstorm some new catchphrases. You know, sayings that could really take off, like "is that a carpenter bee?" & "I think that is poison oak!" I think it could really click. Spread the meme! 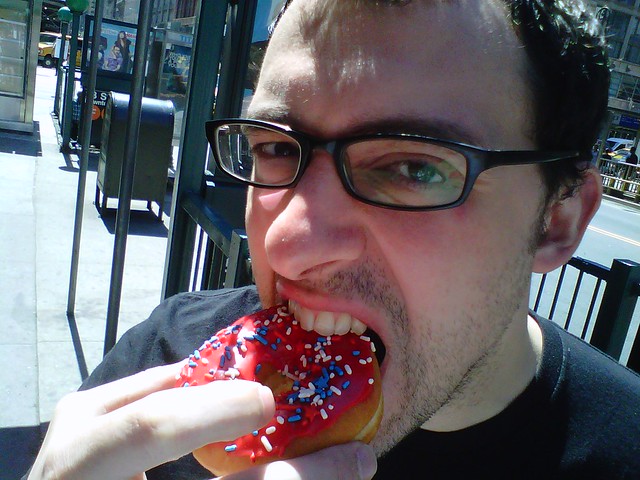 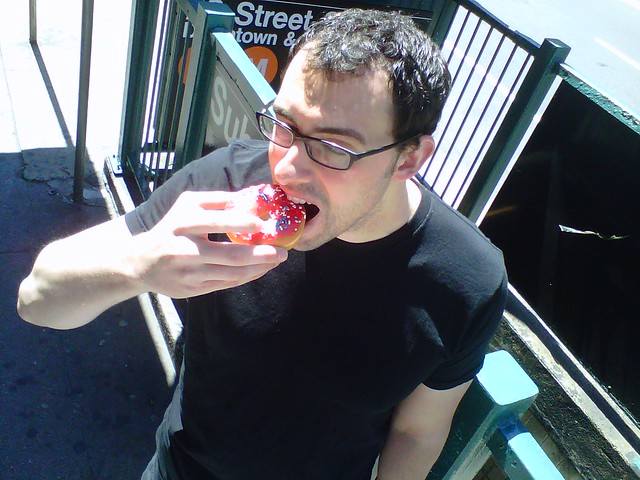 All these worlds are yours,
& one day, the galaxy.
We give you the stars.

This is one of those books that is very important to me but somehow slipped through the cracks of history. There was a moment when it could have been famous-- John Cameron optioned it & apparently the Avatar "Extended Blu-Ray Collector's Edition" has test footage for a film on it-- but it quietly slipped away. As far as I know, Phil & I are the only ones in my social circle who ever read it, which is a shame. This is one of the building blocks of my internal mythology; or rather, one of those books that just affirm what you've been feeling all along. I haven't re-read a book in a while, not since the whole New Year, New Sun, but I'm happy I dug into this again. It has been too long. The book itself is told from the point of view of Reen, the alien White House Chief of Staff who is the de facto leader of the planet Earth. We are talking straight up grey aliens; big eyes, flying saucers, the whole nine yards. The "Cousins" are wearing jumpsuits, for crying out loud. There are some clever bits, too-- the answer to "why do the Cousins look like humans?" is very nice, for instance. Why? Because the Cousins have committed xenocide on every other alien in the galaxy, but they kept humans because...well, we're just so similar. Though not all that alike, really. This isn't really an alien invasion novel; it is more a political thriller. The FBI & the CIA & the president & a mysterious psychic &...well, it isn't really a political thriller, either. It is a character study, in the end. A bittersweet piece of writing if there ever was one. Reen loves his friend, President Womack. Reen loves Marian Cole, the direct of the CIA & the woman who was the girl he abducted & abused. Reen loves his hybrid daughter, Angela. Reen loves his Brother Economist Oomal & his Brother Conscience Tali. Reen loves the Community. None of these loves are easy or uncomplicated-- & Reen's fundamental alienation compound with the small betrayals & the larger treasons, bringing events to a head. Anthony excels at making the alien seem mundane & normal; she draws you into the Cousins' world easily, plausibly. Now to go shelve it back next to my Schwa World Operations Manual. I just really like this book, so so much.

It is no secret that I'm a fan of Sigfied Trent's feat series, having previously enjoyed his work on The Inquisitor & The Witch & The Alchemist. He just fundamentally gets it. There is something refreshing about someone who will talk frankly & honestly about the nuts & bolts of the game-- too often you get condescending platitudes, as those game balance was just, like, an idea man, or you get the veil of secrecy drawn, as though esoteric proprietary data lay behind the Wizard's curtain. This time Trent tackles the Magus from Ultimate Magic, & his signature style of transparency is on display. There is just something nice about being addressed on the level. You can tell me the Magus is an Int-based caster with a bard-like progression & a three-quarters attack bonus & I will know what you are talking about. Of course I will, I'm hip deep in the middle of the game. & hey, thanks for the little side-box pointing out that mithril bucklers exist. I've certainly noticed-- I've used them as a player & given them out at treasure in my Oubliette campaign, but you can keep your nasty, goofy armor spikes, thank you very much. Trent mentions off-hand that it is hard to build feats for the Magus since "Extra Arcana" from Ultimate Magic is such a strong pick. Something to keep in mind, but just as well; like all of the "Advanced Feats" series, most of the content here is applicable to a wide range of characters. I see a lot of Dungeons & Dragons Fourth Edition influence here, actually-- "Adrenalin Surge" & "Hobbyist" are notable for this-- but the bulk are the usual mix of work-horse feats & very clever pieces of flavor-- "Black Blade Spellbook" & "Spelldrinker" are good examples of the latter. Things like the metamagic feat "Evasive Spell"-- which lets you trade off spell level to not provoke opportunity attacks-- are useful across the board, while things like "Ki Arcana"-- which lets you add a Monk's (or whatever's) Ki pool to the Magus' Arcana pool-- are the sort of seeds you could draft a character around. This hits the high benchmarks of the rest of the series-- first thing anybody playing Pathfinder should do it get the "Advanced Feats" for their class, if you ask me.
Collapse