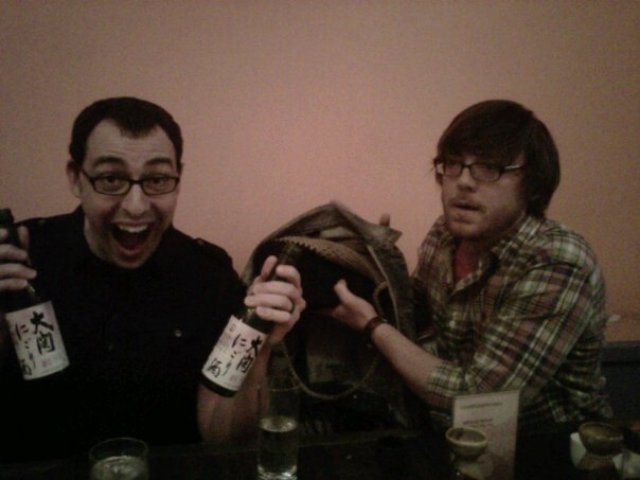 I finished up the book I was reading yesterday, & went to the gym, but that is about all I accomplished. Fine with me! I was supposed to be preparing for a game but that fell through, so my responsibilities evaporated! I ate food from La Boulangerie Lopez, which is a gem of a place I discovered recently-- really good Mexican Breakfast Foods. Uh, let me see. So, at the gym the AC was out upstairs, making the cardio & machines a no-go. The free weights still had cold air, so I spent an hour locked up in there. Uh, "blasting my pecs" or whatever. Seriously though an hour of me & cold iron. I sort of timed it so that when I came home, it would be late-- basically only requiring an endcap to the day. Since Jenny is gone, I need to plan ahead to portion out my time! I don't have a mood stabilizer, so I'm kind of screwloose. I ended up staying awake later than I meant to anyhow, but c'est la vie. I was watching Robotech: The New Generation-- so, so good. So good. The episode about post-apocalyptic New York? Is a Fame homage! & the top of the Empire State Building is crowned by an Invid hive. Oh man, that is basically my perfect world, right there. So good. After that episode-- sort of a musing on the role of the genderqueer character Lancer/Yellow Dancer-- is the one that discusses the role of photojournalism in wartime. Man, Robotech, why you so good? So good. I finished that series this morning, & at the end, the "on the next episode..." stinger? They just tell you to go back & watch the Macross series again! Revisit the beginning! Ha ha ha! 555. Anyhow, I think I'm going to watch Robotech: The Robotech Masters, because the Southern Cross is my jam. So then I finished up the evening chatting with General Jinjur, who I found out is tiny! Short in stature, tall in power, narrow of purpose & wide of vision. & uh, now I'm just chilling out, listening to Robyn.

When I was a kid, I was pretty much constantly in trouble for a variety of moral panic hot button issues. You know-- I liked Dungeons & Dragons, so that right there was problem number one. It's my fault Blackleaf died! Yeah. & then there was the time my parents threw away all my black clothing, that was a fun one. & you know, I didn't bring girls home, so that is suspicious, hm? Even worse, I "believed" in science? Yikes! My point being, Americus strikes close to home. It is the story of a suburban town trying to ban the "Apathea Ravenchilde" books-- a "Harry Potter"-esque fictional series. Which-- side note, but the ease of affectionate parody, both here & the "Tommy Taylor" books from The Unwritten-- really speak well of J.K. Rowling's works. There is a good mythical skeleton in those Harry Potter books. The star of this graphic novel is Neil, who is the bookish sort of nerd that most anybody "of that ilk" can identify with. Neil's best friend gets shipped off to Christian camp & military school for reading the Apathea Ravenchilde books (& the cardinal sin of being gay) & he's left to negotiate high school all on his lonesome, while the churchfolk of Americus rally together in ignorance to try to ban the Apathea books for promoting witchcraft. All too plausible, sadly. Instead of being a brutal litany of feel bad vignettes, it is a much more bittersweet look at the banalities & victories of growing up. An older kid gives you a bunch of punk rock & all of a sudden, boom, music exists. It rings utterly true, & one of the fictional bands Neil likes is the Hospital Bombers! They are the best ever death metal band. Neil isn't a loser-- he's a kid, & I get. I wasn't the quiet kid, but rather the weird kid, but same sort of thing. Friends with all the alternative kids? Check, those are totally the people he should be friends with. Job as a page at the library? Right on. You've got you ducks in a row, Neil. You're going to be okay, you know? & the community of Americus isn't dead, isn't worthwhile; there are librarians & parents who aren't awful, people fighting the good fight. Even the people opposing Apathea Ravenchilde aren't painted as caricatures-- hopelessly flawed, maybe, but they've got dimensions. I really liked this book-- it might be frighteningly accurate, but it all comes out okay in the end.
Collapse