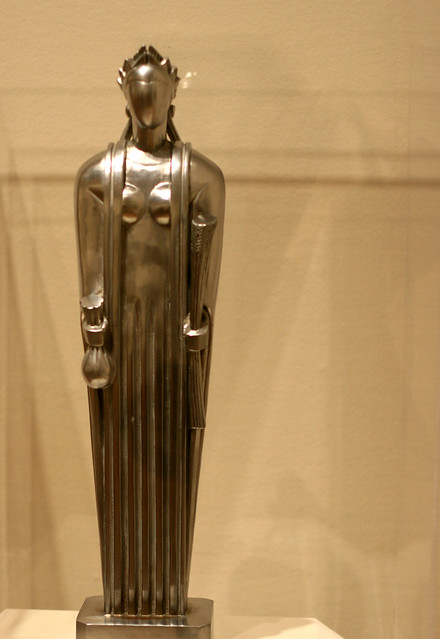 Yesterday actually went exactly as planned! I mean, down to a tee, tightly scripted as all get out, clockwork gears gnashing their teeth in glee. I got to work & powered through the list of things I had to do, first thing. Summer hours mean a half day, but I ended up staying a little bit longer to better synchronize my schedule with Brian & Jocelyn. Brian & Leah & I ducked over to Eataly real quick before Jocelyn got off work to rustle up some grub. The line for paninis was too long, but as we discussed other options, the fellow working the candy counter said "you know, the bakery started selling focaccia sandwiches, but nobody knows about it yet," & just like that, we were sold. He gave us directions-- "down to the red wall, a left & then a quick right!" & I gave him the "hang loose" gesture. I don't know why-- it didn't come from my brain, it came from my spine. My autonomic system decided to use surfer slang, I don't know-- my subconscious nervous system is incredibly weird. Anyhow, the 12 year prosciutto sandwich was good-- arugula, tomatoes & ricotta came out to play as well-- but the "focaccia with mozzarella, tomato & basil" also known as a "slice of pizza" was the real winner, if you ask me.

Jocelyn & Brian & I eventually all met up & wandered down to Union Square to meet up with James J. The rain had been intermittently coming down, which led to a discussion of regional terminology-- fox's wedding, sunshower, the devil is beating his wife, witches combing their hair-- & to me buying a new umbrella. From there it was down to the Grey Art Gallery to take in an exhibit on John Storrs. In a nutshell, John Storrs was a sculptor who made works that looked very architectural. He style is much like Hugh Ferris (who you'll remember from my visual influence map, perhaps) & the set design from Metropolis. Really neat stuff, but I found myself looking at a lot of his tile art & wanting to order a few thousand of them & actually use them in a building, you know? As we wandered the gallery Brian & I flirted with the red head working the entrance-- Annabelle!-- & we all spent our time being enormous cut ups. We were dead sober but I'm sure Annabelle thought we were wasted, we were cracking ourselves up so much. When it was time to leave...well, the rain had started coming down in sheets, so we decided to go downstairs to look at the Triangle Shirtwaist Factory Fire exhibit. Not a lot to say about that-- I got a card telling me to look into the life of Violet Schochet. She was a Russian immigrant who'd lived here for nine years, & was twenty-one when she died (death certificate). I take my role as a participant seriously!

After that, I parted ways with the crew & came on back to Brooklyn. I rode the train with a girl whose age I could not for the life of me figure out. I thought she was fourteen at first, but then I ended up thinking she was like, twenty-five. Or not, maybe fourteen! A total mystery to me. I came home, fooled around with that stupidly addictive House of Dead Ninjas & then finally got my act together to go to the gym. I did a solid bit of cardio on the elliptical & then a nice chunk down in the weight room. Here is the thing: I don't like benching, mostly because there is a benching culture I don't like. You know, chubby dudes who only bench, or in-shape dudes who bench like crazy-- there isn't a lot of middle ground. Well, I'm trying to get over that, but I do it with a much lower weight than everybody else. I can push heavier weight, but I'm trying to build up the stabilizer muscles, you know? Isn't that the point of free weights? After that, I thought I had to leave...but I looked at the clock on my phone & realized I was a whole hour ahead of schedule! So I went in for twice as long. Good for me!

My timing at the gym couldn't have been better, in fact. I walked from the gym & met Jenny on the way home from the train. Nicely done! Chrono-choreography! We came home, I grabbed a quick shower, & we went for dinner at Aperitivo. I haven't been there in a while-- well, I guess I went for brunch with David not too long ago-- but it was nice to be able to order all the things we know we like there, like the beet gnocchi & the spinach ravioli with butter & sage. Washed it down with half a carafe of red wine & finished up with their crème brûlée while the guy sat behind us repeated over & over "Tom Jones is a god. A god!" & then we came home & Jenny started packing, while I read. Yes, I said packing-- she left this morning to go visit her parents in North Carolina, so I've got a week to myself. I'm not so miserable, but it isn't my favorite! No sir, I don't like it. She packed & I read, then we came to bed & drifted off together. That was my Friday, tight as a drum. Sort of a repeat of my Thursday night, actually-- Jenny & I ate sushi, watched an episode of Party Down, & then went our separate ways to read. Today I'm playing it fast & loose- I want to go to the gym & I have to do some preparations for my game tomorrow, but as long as I hit those two notes I'll be set.

Tricks of the Mind by Derren Brown.

Wrongfully accused,
one man amongst all the hags,
here...in Witch Prison!

Derren Brown is one of those people who are fabulously famous in the United Kingdom but utterly unknown in the United States. I happened to catch his mini series on Sci Fi-- Mind Control With Derren Brown-- & was utterly blown away by it. He uses what he calls "magic, suggestion, psychology, misdirection & showmanship" in order to pull off stunts that are really jaw droppingly clever. It is more than just wow factor-- conceptually they are brilliant & they are executing with a sort of self-deprecating charisma that is really engaging. He has a sort of high cunning-- you only ever hear people talk about low cunning, but he's got a rarefied brand of it. I'd add hypnosis & the art of the short & the long con to his list of credentials-- he can swing close up magic, stage magic, whatever other sorts you like. Because Derren Brown's entire repertoire relies on tricks, he has a profound sense of ethics about it-- his mechanisms are inherently dishonest, but you know they are, & he's up front about it. He's an honest fraud, but of the highest caliber. I have, at various times, gone on a tangent praising Derren Brown, so

fordmadoxfraud picked this up for me, & found the book so engaging that he finished it himself before handing it over. High effing praise, right? The first time I cracked the book open, I found myself cackling like a witch on the R train. The book is an odd duck-- instructive bits on palming pennies & basic hypnosis alongside musing on skepticism & belief, discussion of classical Ars Memorativa, all interjected with personal anecdotes & told in a jocular (almost avuncular) manner. "Triumphantly urinating on the group," indeed Mister Brown. There is a bit of disconnect between the UK & the US here-- homeopathy isn't our particular brand of pseudoscientific poison-- but I'm surprised this hasn't found stateside distribution yet. Derren Brown's relative anonymity here in America affords him opportunities to operate as a huckster without getting called out, so maybe he'll cross the pond sometime soon. I will end this by sharing a few of my favorite bits from Mind Control With Derren Brown-- dream programming, making the sun disappear, subliminal advertising & playing nine simultaneous games of chess. All highly recommended snippets.
Collapse