(A map of The Civilized World-- Antiphon, Anise & Aubade-- in the current Oubliette campaign. The Savage World & Decadent World are not pictured.) 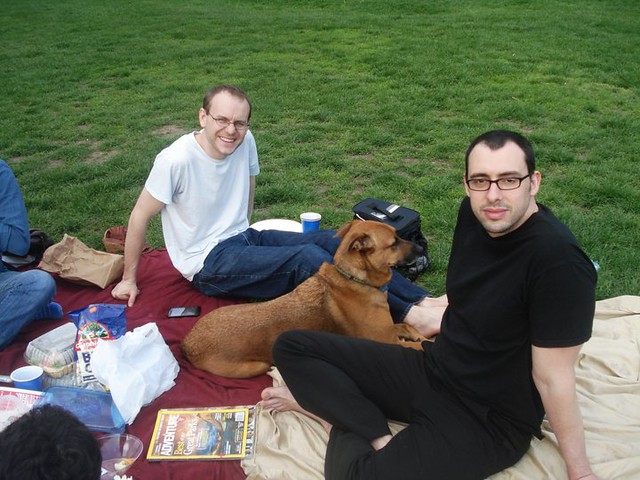 Come on, I don't know. Last two weeks were just a barrage of social obligations, & I'm done. Just finished with friends. Sorry everybody, I'm all full. So yeah, I actively & aggressively pursued a path of solitude. Or, as I'm fond of remembering, not abject solitude, because Jenny was with me. The cure for loneliness! I'm a doctor. Of loneliness. Anyhow, I hadn't gone to the gym since Sunday-- busy & lazy, alternatingly-- so I went for a too-fer on Friday & Saturday. Not too shabby; keep up the good work, body of bones & blood! Some of Star Trek: The Undiscovered Country was on while I was there, which meant like, twenty minutes of a Klingon shouting all the famous lines from Shakespeare. Pretty cheesy, pretty awesome. Otherwise, uh-- we watched a bunch of Fringe? I thought the first bit of this season was pretty lackluster-- the monster of the week episodes weren't cutting it-- but now that they've gotten to the gristle of the main narrative, it is really great. "The Northwest Passage" is basically a mash-up of Twin Peaks & The Mothman Prophecies? That...that pretty accurately describes my interests. Some mornings I just watch Robotech: The New Generation & play casual games. Just in shut down. I'm sort of stressed about weird rejection issues, & Jenny is sort of stressed, & that is a rotten combo. I want to be held & cooed at, mollycoddled & showered in affection...& Jenny wants to be left alone, able to unwind in her own head. So...mostly I get clingy, she doesn't reciprocate, & we're both miserable! Luckily we communicate well about it, so we aren't mad at each other-- it just sucks having opposite coping mechanisms.

On Sunday we went to Culture & got frozen yogurt, because that is all I wanted in the world. I laid under all the blankets repeating "...yogurt...yogurt..." over & over. We hung out with Victoria & her friend Dave for a bit & then went to Der Kommisar for sausage. Sorry I was rude, waitress! I was just in a hurry. I didn't think you were slow-- it was my own fault! I was late to go to Sam & Tracey's apartment to meet up with them &

toughlad & Radarless to talk about Oubliette. We're doing a "Ten Years Later..." cut, & there is a lot to talk about. After that, to Kira & Nino's, to meet up with Jenny & Olivia Baby, eat a pork belly taco, drink some of the new Sixpoint's cans, & watch Game of Thrones. Hey, George R.R. Martin actually wrote this episode...hey, this episode is actually awesome! I didn't know if it would be, but it sure was. Just a little Tyrion, just a little Arya, but plenty of Robb. The scene with Greatjon Umber was great! There are only two episodes left, which is awesome, because that just means things are going to continue to fly, fast & furious. Like Vin Diesel. Then yesterday it was lunch with Andy & Sherene & then phase one of Andy's going away celebrations. Came home to watch the MTV Movie Awards which were in fact adorable. First-- I like the Twilight actors. All of them. Kristen Stewart, Taylor Lautner, Robert Pattinson-- adorable, especially Pattinson's speech to Reese Witherspoon. & oh my gosh, Emma Watson. I really hope she grows up to be the next generation's Cate Blanchett. That short hair...it hurts me it is so good. & Emma Stone-- I'm glad she somehow became super famous all of a sudden. Then I drank too much bourbon on accident & went to bed early.
Collapse