A Visit from the Goon Squad by Jennifer Egan.

An ocean of black,
tilt your faces toward the sun,
you solar mo'ai.

I don't really read the "literary genre." I tend to think that, while it is a genre like "crime" or "fantasy," it is given undue attention, & for all that is far more inflexible with its tropes. I'm not really a fan of the "First World problems" that seem to dominate the literary genre, nor am I a fan of the "feel bad" schtick. You know, the use of misery like a bludgeon-- or a scalpel, for that matter-- to lend a work weight, gravitas. It typically seems inelegant to me; like the emotional equivalent of a Farrelly bother fart joke, but one everyone pretends makes the subject "deep." It flirts between embarrassment & melodrama in a way that is utterly hollow. I have to say, with the exception of the penultimate chapter & the final one, this book is mostly mired in that sort of stuff. I mean-- lets look at Chapter Ten, "Out of Body." Egan's character float around NYU, eating at Dojo, going to the Pyramid club, visiting crummy bars on Ludlow. That does describe a certain part of my life! Heck, there is a guy sleeping in the same bed as a girl, platonically, in a complicated close-up situation. Maybe I just needed to find my hook? Nope; instead the whole thing gets flushed by repressed homosexuality & suicide. Which is sort of the string running through the book, for me-- she'll paint a picture of a person, but then smash it with cheap shots. Infidelity! Suicide! Drug addiction! Autism! Prostitution! Mental breakdown! Whenever Egan builds something you can start to relate to, a Lifetime movie smashes through the wall like the Kool-Aid Man & ruins everything. There are a few sentences scattered here & there that really shine-- I think there is a "more cowbell" joke I see (22)? & Scotty's crazy notion of replacing the 1s & 0s of binary with Xs & Os is pretty perfect poetry-- in fact, Chapter Ten is alright with me, by & large (73). Still, by & large the book left me with a stomach ache-- everything is saccharine but tinged with the fore knowledge that some depressingly banal & predictable misery is coming.

As I read, flipping to find a place to put my bookmark, I saw that there were...what looked like Power Point presentations in the back. Okay-- that was intriguing. When I got there, I was well & truly pleased. The book jumps around in time-- the eponymous "goon squad" is time, growing up, growing old (96, 269). The last two chapters are set in the nebulous future, & the first is the "slide journal." It isn't as post-modern as I thought it would be, & that is a good thing-- the novel doesn't need to be any more "precious." Instead, it is a...pretty plausible exploration of a sister's relationship with her autistic brother, & a precocious daughter's relationship to her mother & father. There is no sucker punch here, either-- oh sure, global warming might have scorched the globe but that is all incidental. Sure, there is autism involved, but it isn't a narrative trick, not an underhanded plot point or M. Night Shyamalan twist, which too many other chapters dissolve into. Instead it is bittersweet but hopeful, & comes off really successfully-- a coup, when you take into account the fact that it is prognosticating the near future. Egan doesn't get distracted by her setting, & that is reassuring. The last chapter is further in the future, & that future is again plausible-- with its lingo & untattooed youth, technological widgets & baby booms. This time Egan doesn't use any experimental writing tricks-- well, unless you count the occasional text message-- & it is...well, I don't want to say satisfying. The chalky taste in the viewpoint character's mouth stays behind, but so does the feeling of triumph. That sort of payoff is lacking in the rest of the book, but it sticks the landing, in the end, & that counts for something. 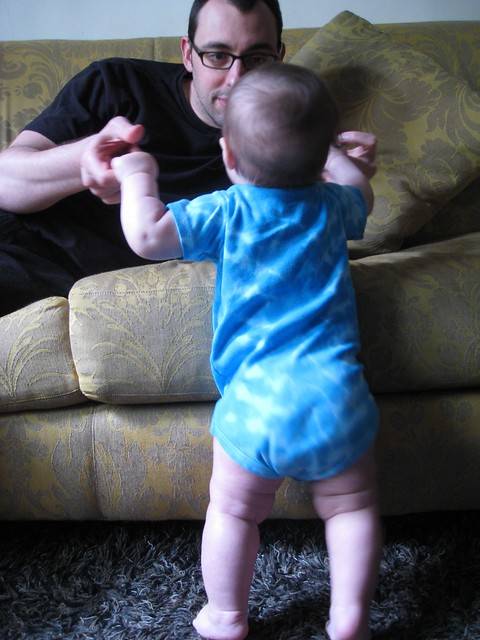 Sunday morning was marked by bagels & Saturday Night Live, as I mentioned. We only watched half of the SNL episode, but of all of it I think only the Michael Bolton sketch was any good. Oh wait, & Stefan! After that, Jenny seized the computer to plot her devious way through BEA, so I broke out the Wii & played a little bit of Lego Harry Potter & the Batman: the Brave & the Bold game. Just basically killing time. I didn't want to read, because I wasn't really feeling the book I was reading, so I was in a bit of a holding pattern. For lunch I made meatballs subs, & they actually turned out really well-- I snuck them up on Jenny, too, so it was a fun surprise. & then speaking of out of the blue funtimes, Kira & Nino were in the neighborhood looking at apartments, so they dropped Olivia off with us. We played peekaboo & then also I practiced scaring her. She apparently likes that! Kira & Nino picked her up & left so that Jenny & I could shower...before going over to Kira & Ninos' apartment. Tra la la, yep. We picked up a bottle of raspberry lambic-- I can't recall whose, but not Lindeman's-- & a bottle of lambrusco, since Kira was cooking lamb sausages. Get it? Lambic, lambrusco? Har de har har! The dinner was great, though-- lamb sausage, some steak, yogurt salad & then salad greens with asparagus. None to shabby! After that we watched Game of Thrones. I think the plot of the book starts with Catelyn's arrest of Tyrion, so things are about to get real. The show is growing on me; I was really excited to see the three-eyed crow; I predict that crow is Benjen Stark, by the way. Dinklage continues to nail it & Jenny pointed out that Maisie Williams would make an awesome protagonist in a lot of "warrior girl" YA adaptations. She's pretty great as Arya, is the point, & Arya is a pretty great character. & that was about it; we got home at eleven o' clock, which is late for us, & tumbled into bed. 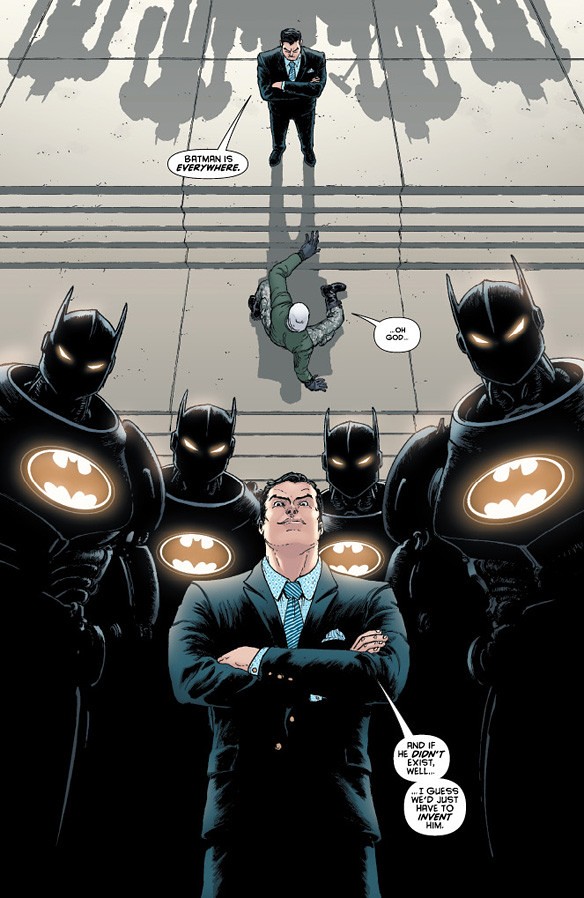