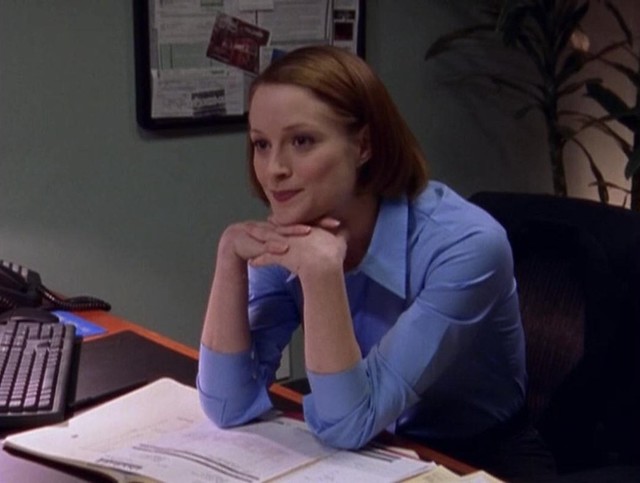 The fact that Sports Night is available to watch instantly on Netflix is one of those great coups for media consumers, right along side the instant Twin Peaks. Sports Night might not make it onto my top five list-- the laugh track really compromises the show's integrity-- but it is definitelyin the top ten, & it means a lot to me. Mostly because it is the reason I got married! I mean, Jenny & I started dating...twelve years ago? Wow. Still, there was a two year period of time in the middle of that where we weren't speaking, & those two years were smack dab in the extended adolescence of college. College years are like dog years, they count for extra. Anyhow, when we started getting back together, it was all drama-riffic, laying down in ice skating rinks, listening to sad music, drinking alone in the dark-- all that stupid stuff. Then I remembered the sage advice of Dan Rydell. Maybe it doesn't work out so good for Dan-- maybe it does, depending on your opinions about how the show would have gone if it wasn't canceled-- but it worked for me. How does being a disaster help? It doesn't help me, it doesn't help her, it doesn't help us. So I went with being wonderful. Before there was Barney Stintson selling his version of "be awesome," there was Dan Rydell & Sports Night. Sign me up on that roster!

So...I took today off to use the last of my rollover vacation days before they expired, & all I managed to do was watch a lot of Sports Night & play a little bit of Lego Harry Potter. Oh, I also watched an old Batman: the Brave & the Bold titled "Joker: the Vile & the Villainous." That is it. I don't know, maybe I will get my act together...but maybe not! A mystery. Yesterday I went over to Sam & Tracey's to run my game! It was the season finale of

toughlad & Radarless' sessions, so even though Sam just had surgery, we pushed on. Radarless ended up not making it, but we went in guns blazing anyhow. I'm writing up the session; will probably post about it tomorrow. After game I went over to Kira & Nino's (& Olivia's) to meet up with Jenny & Jodi & to watch Game of Thrones Kira made really excellent Oysters Rockefeller with a Thai twist, as well as some braised pork & asparagus with mushrooms. After that was done & Olivia put to bed, we flipped on HBO & it was Game on. Peter Dinklage is far & away the best thing about that show, which is good because he's probably my favorite character from the books. Same goes for Arya; she's one of my favorite thing about the books, & she's really well portrayed in the show. There are major missteps, though-- particularly when it comes to Cateyln Stark & Daenerys Targaryen.

I talked in my review of the first book about the agency of the female characters...&, well, it doesn't seem like the people adapting the teleplay got that memo. People act around Catelyn & Daenerys, while in the book, they are the prime movers. Just by way of non-spoilery example-- in the show, when Ned Stark is offered the position of King's Hand, which would mean leaving his home, his wife & his children, he does it despite his wife Catelyn's protests. Men choose honor over their families, that was the message. In the book, it is Ned who insists he won't go, & Catelyn who puts her foot down & tells him he must. & then, when he does go...she doesn't disappear off screen, but rather, gets her own view point. In this episode, there is the moment where Viserys hits Daenerys & her bodyguard chokes him with a whip until she begs the guard not to kill her brother...so they ride away, with the Dothraki bodyguard denying Viserys a horse, to shame him. In the book, he slaps Daenerys...& she hits him, knocks him to the ground, then the bodyguard intervenes. Daenerys is the one who denies him a horse-- she is the one in charge. Then on the way home, an old man on a tiny BMX bike yelled "they killed Osama!" 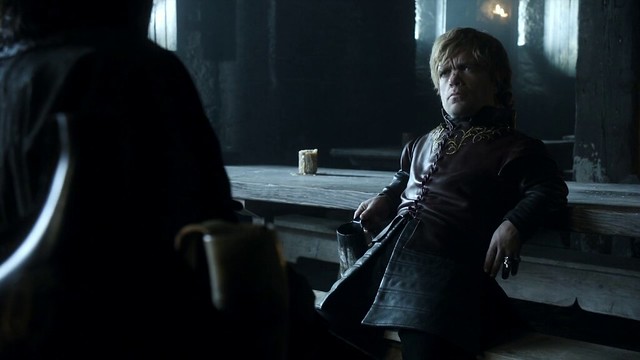