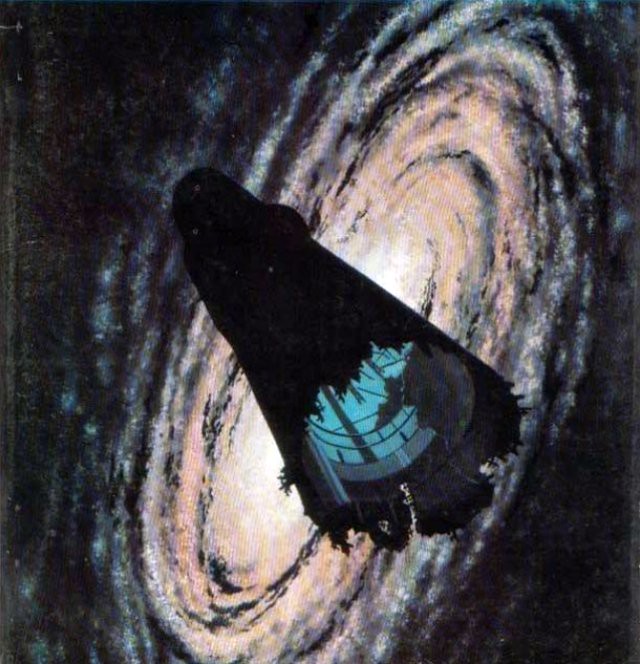 The was a post a little bit ago on Grognardia about "Class people versus Skill people." I'm fine with class games, but I do find them...sort of hard to take seriously? Unless the Classes are built into the setting. In Legend of the Five Rings you have the option to play a Bushi samurai warrior, a Shugenja samurai magician, a Courtier samurai politician...or, if you are an advanced player, something else. Now, that class system makes sense, because it reflects the setting, but really it is limiting. It makes L5R a game about playing samurai in Rokugon...but not anything else, really.

kingtycoon likes that & describes it as a feature of the game, which is reasonable. He's said that every setting should have its own rules system. An interesting demand, one I see the merits of. I'm not sure I agree, entirely, but I think I'm willing to agree that there is no ultimate umbrella, that the dream of GURPS being universal is impossible. That being said, I do think a flexible & generic system works best-- maybe not for every game, but you can certainly hit a style, a genre. With Oubliette I've always gravitated towards the generic. In the first campaign I used the d20 system, but pretty heavily house ruled, with a generic class system of fighter, magic user, skill user & survivor, with all the class features swapped into feats. In the second campaign & third campaign I've used the World of Darkness system, & I'm very happy with it. I guess that makes me a member of the "Skill" group-- specifically the Skill Plus Attribute camp. I like that Skill Plus Attribute gives me the ability to bring two facets of a character to bear. Being able to make someone roll seemingly mis-matched pairs gives me joy. You're good at mountain climbing, but your co-climbers aren't? Roll Manipulation & Atheletics to help them in their ascent! You can only communicate with the ape-men with grunts & primal threat displays-- roll Strength plus Intimidate, etc. That kind of stuff creates a diversity of challenges, & allows you to great a ton of multi-faceted characters. & it beats just a skill based system, even a derived one, because of that-- a "Athletics roll" is not as evocative as a "Manipulation plus Athletics roll," if you ask me. Now, I think about the benefit of the "Class" system in portraying societal or genre roles, & cast my mind back to the last system I used heavily-- Shadowrun. I ran straight-up Shadowrun, & I still admire the system's lethality, but that is neither here nor there. The thing that sticks with me most? Are the archetypes. Sure, they were pretty terrible-- why were those sample characters so badly made?-- but because they elegantly laid out ideas for characters. Deckers, Gang Bangers, Riggers, Detectives, Native American Warriors, Technoshamans, Street Samurai-- they lay it out for you like a buffet. Not to mention that Jeff Laubenstein's art totally sold it. I think that is a clever solution to the class conundrum, & it drops a ton of ready-made NPCs in the Narrator's lap.

What is my point? I don't have a point, I'm just running my gob. Thinking about the World of Darkness rules, & about edition changes. Here is the thing-- a lot of edition swaps throw the baby out with the bathwater. Look at Dungeons & Dragons-- that game's revisions aren't a series of refinements but rather a series of reinventions. World of Darkness might have made some terrible choices by abandoning with storylines-- I get how Vampire: the Reqiuem cleaned up a lot of the problems & clutter in Vampire: the Masquerade, but maybe alienating your core audience was a bad business move-- but they sure did improve on the math & rules by a huge margin. Now I can't stop looking at the World of Darkness & thinking about house rules & a new edition. For a new edition, there are a few tweaks that I think need to be made. I've mentioned that derived Attributes get under my skin-- they should all come into play, somehow, if you ask me. That is a fairly fundamental bit of mechanical rejiggering, but it wouldn't be a big deal. You might need to invent some new attributes, move some things around, but it wouldn't be that hard. I spend a fair amount of time pondering it, in fact. Now, wanting to play around with Character Traits is a much bigger deal, a fundamental shift. One I really am increasingly leaning toward-- I just bought a copy of The Mouse Guard Roleplaying Game, which whets my appetite further. That is a much bigger idea-- the notion of cleaning up derived Attributes isn't alien to the system, nor are other minor complaints I have, like wanting there to be a Perception skill. That is just housekeeping. Other house keeping issues include weapons & armor & the host of peculiar mechanics available in the game's rules. Same goes for the question of any given Power or system of Powers-- those are all details, you know? It really is a shame that White Wolf's publishing position is so precarious. I hold out hope that when CCP's Vampire: the Masquerade MMO comes out that will provide White Wolf the impetus to launch a new line of V:tM books, & provide a much needed flow of cash. Maybe that isn't even on the table; I'm not privy to their behind the scenes stuff. I guess if I had to summarize my argument, it is just that a flexible generic system can be really great to run a cross-genre game like Oubliette. Post-history, post-apocalyptic, post-post-apocalyptic, post-science-fiction, post-fantasy... 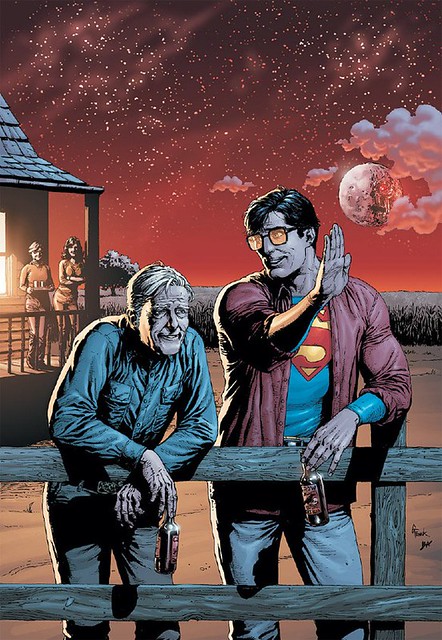 ...you know what, I never did notice that Clark Kent was wearing his glasses & his S-shield here. Thanks for pointing that out, Chris Sims. I'm of the opinion that there are three personas involved in the Superman story. SUperman is the guy in the outfit, saving the day. Clark Kenk is the secret identity, the humanizing element. There is another Clark Kent though-- the boy who grew up in Smallville & is married to Lois & calls his Ma ever weekend. That is the "real" Superman-- though there is always Kal-El, which I think maybe Superman might be when he is alone in the Fortress of Solitude, the inhuman Kryptonian. Anyhow, the glasses & the costume-- that isn't something you see all that frequently, nor do you see Clark without the glasses. That is interesting, & is something that a good visual artist can play with to great effect, as Frank does here. Also, looking at the preview for Action Comics #900-- I've never seen "Cyborg Superman" Hank Henshaw in the same panel as "Steel" aka John Henry Irons. That is a clever pairing; there is ground there to capitalize on, too. I don't know, just something I was distracted by really quick, & wanted to jot off a note, because Superman is really, really great. The best part of fiction for almost a century.
Collapse