Playing at "kennings,"
like the dozens, rap battle,
MC Beowulf.

This is a book, first a foremost, for Chris F. & Radarless. A fictionalized & generic Arctic, Northlands does for the North what Oriental Adventures did for the East. Voyce blends a mix of Norse mythology, Russian faerie tales, Teutonic sagas & Robert E. Howard stories with a peppering of Finnish & Inuit flourishes in order to come up with Thule, Land of the Midnight Sun. Right from the introduction, it is clear that Voyce knows his audience: "quaffing mead from drinking horns" is part of the fun, but "horned helmets...certainly aren't." An appeal to those who want a fantasized North but who want the author to avoid the usual tropes & cliches. Bravo. Now, Northlands makes a certain stylistic choice, & it was something I was talking about with Jenny, from a YA point of view-- that is, it openly uses history as its jumping off point. The gods are a prime example-- Wotan is Odin, wholesale, just by a slightly older name; so to is Donar the god you probably know Thor & Loki...well, Loki is Loki. Now, I am of a more mix-&-match worldbuilding philosophy-- I won't ever have a one-eyed wizard god, let alone call him Wotan, but I might steal liberally from the Odin mythology, combine it with Shiva, & come up with a brand new third thing. Still, I respect the honesty of using the Norse gods & just calling a spade a spade. In a way, it reminds me of The Queen's Thief series, which is a similar vibe, sort of a "vaguely Hellenic" world where Hephestia as the Mother Goddess & the trickster god Eugenides. I like that it has what it says on the tin. Presumably the people picking up Northlands want to go a-Viking, right? Give 'em what they want! This book also used the "patron" system, with a core group of fans giving feedback through development, & I'm guessing their say helped guide the book in this direction as well. I'm happy with the outcome; it provides a great framework if you wanted to run an Ice-Shirt type game, or a Once Upon A Time in the North style His Dark Materials campaign. While it is a Pathfinder supplement, most of the information here is fluff, not crunch, & could be used with any system.

With the talk of how the world has a ragged edge when you come to the End of it in the North, I'm reminded of Half-Made World, though Gilman's book is obviously more Weird West than Ice Adventure (5). Voyce jumps in to give you a taste of how he sees a Northlands adventure going, by converting Beowulf into a RPG adventure-- making Grendel a half-dragon to tie the sorcerous Mother & covetous Dragon together is a nice narrative innovation (6). He makes an off-handed comment about how being a literal out-law is a hazard for most adventurers-- which is great, yes, that should absolutely be a part of a Northlands campaign (12). Those little adventure seeds are a strong draw, a solid facet of the book. The discussion of religion has one key point of interest, for me-- the dichotomy between the Vanir & the Aesir (13). Making the Vanir the Fey is a great tie-in, & a solid way of using comparative religion to spice up a setting-- the tension between the Vanir & the Aesir is the tension between the Fey & the Gods, is the tension between the party Druid & the party Cleric, you know? Similarly, making the Dwarves the children of Donar (Thor) & Volund (the smith god) as tools to be giant-slayers & elf-killers (20)? Again, a good combination of DnD logic with mythology-- a subtle twist that explains both the Tolkien-esque rivalry between elves & dwarves & the dwarf's racial bonuses against giants.

Now, in terms of building a political & historical world, I mostly want to take note of two things. One, having "The Kingdom of the Wolf" where wolves, worgs & werewolves are the ruling caste is awesome (26). Two, having a "Kingdom of the Bear" where bears have primacy is neat, too, but brings me to the biggest problem I have with this book: no panserbjorn. When I saw the advertisement for Northlands in Kobold Quarterly, I was excited-- there are polar bears wearing clothes on the cover! Alas, there aren't any rules for playing awakened bear PCs, let along armored bear PCs. A sad day, but perhaps I'm being a little too greedy-- for that matter, panserbjorn may very well be copy-written. Still, I'm a little heartbroken. They do have rules for making Hyperborean PCs, however, as well as "trollkin" characters, but the best racial tweaks, for my money, are the alternate racial traits for dwarves, which are available wholesale or piece by piece (37-39). Nice & flexible. I also find the idea of a Northlands monk really appealing, fighting with a Stav-esque style of martial arts (42). The rules for Acrobatics include information on skiing, which again makes me think of the illustrious Fafhrd (44).

I like the idea of "Achievement Feats," which make mechanics serve the characters in order to represent their growing acclaim, but I really wish they had virtual gold piece values, so a stingy Game Master could award them in lieu of treasure (44-46). Of the rest of the feats, "Huginn's Horde" really stands out-- replacing a wizard's raven familiar with a swarm of ravens (48)? That is...pretty evocative. The rules for making tupilaks are also pretty neat-- it reminds me of the Cthulhu tupilak I got for

fordmadoxfraud one year for Yule. I'm a big fan of "grudge magic" in general-- I like the idea that the Inquisitor's abilities count as grudge magic, as well as a witch's hexes or a ranger's favored enemy (58). The rules for runes are solid; runes are always tricky to have in a campaign. Just one of those pieces of mythology that I think most game systems just aren't built to accomodate. Too big, maybe. The magic items in Northlands are great. I'm particularly enchanted by how to destroy the artifact arrows known as Gusir's Gifts, & Loki's sword Lævateinn, which means "Damage Twig," & the sapling World Trees...(72-74). & finally, finally, finally-- rules on getting magic powers from dragon's blood (93). How many dragon hearts have my PCs eaten over the years without ever getting appropriate magical powers? Too many. When It comes to monsters, my favorite is probably the Ghost of a Broken Blade, since that kind of thing is right up my alley (95). All in all, I really liked this book, & if you are interested in this sort of thing, I'm guessing you would, too. 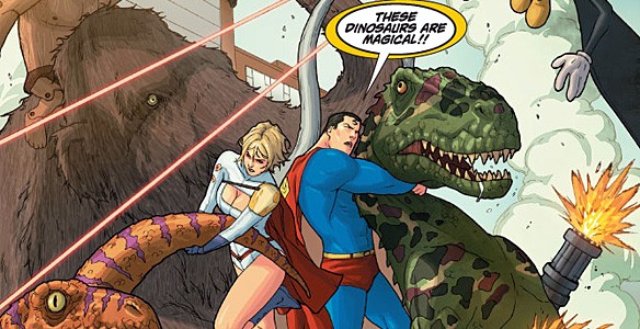 Actually, a busy Sunday, despite my every effort to make it as lazy as possible. I woke up after a spat of strange dreams-- I was still in Las Vegas when the aliens came, & it was a Hotel Rawanda-type situation, everyone stuck in the resort. The aliens were the Covenant from Halo, maybe? & I was either on the alien's side, or I was a total bad-ass. There were people telling horror stories & I just nodded along in faux sympathy, while minutes before I'd been blazing away with a shotgun. The previous year's trip to Vegas had been spoiled by a biblical plague of frogs! Back in meat-world, the morning was laid back, just me fooling around with Lego Harry Potter & blogging a little bit. Picked up some stuff at the grocery store & Jenny made bacon & eggs. At noon, Nino came over to drop off Olivia, & then Jenny & I babysat her for a while. Carla came over in the middle of that to keep us company & to meet Olivia, & then Kira came over to pick of Liv & take her away. See? Pretty busy so far, right? Well, I'm not even done! When Kira & Olivia left, Jenny & Carla & I went out to meet Kenneth at The Park Slope Ale House for lunch & drinks. Then when that was done we split ways, I played a bit more video game & then I...went to the gym! I was wavering, my will was weak, but I went deep & found the black bloodthirsty steel in my spine. Nothing much, just did an hour, but that is because Jenny said she wanted to go tonight. Two days in a row would be a nice feather in my cap, don't you think? Waterworld was on while I was doing my cardio-- that...isn't a very good movie, is it? No, it isn't. Came home & Jenny had made stew! I had a glass of whiskey & then we settled in to watch some leftover television. 30 Rock was...well, what 30 Rock is. Parks & Recreation, on the other hand, was brilliant. Ron called Julia Roberts "that toothy girl from Mystic Pizza," which cracked me the heck up. Not to mention that the whole stupid sappy plot of the episode totally made me "aww." So, after some successful television, then it was time to bed. When I mentioned to Jenny that I thought we'd done a lot for such a lazy day, she replied "who said it was a lazy day?" Well...okay, fair enough.
Collapse