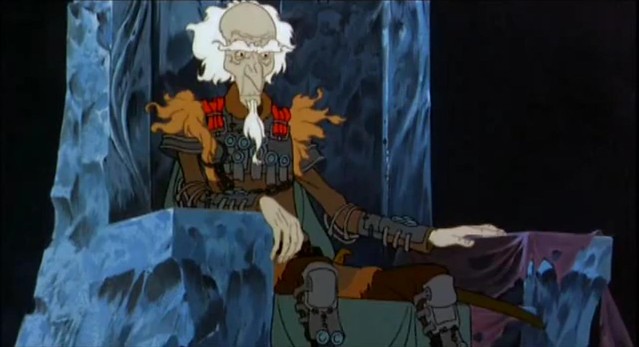 After my birthday party, I stayed home to collect my thoughts. I was a very lazy lad! I also wanted to try out some of my presents; in particular I played Lego Harry Potter frontwards & backwards. I'm 11.9% complete, & I just finished the Harry Potter & the Philosopher's Stone portion of the game. My goal is to get it so that I can dress Hermione up like she is in Slytherin. That is my ideal character, Potterwise. That snapshot of my Saturday really stands up; I just played the Lego Potter game, ate left-over Thai food & finished reading the most recent Kobold Quarterly. Eventually though, Jenny came home-- which was nice, since I desperately missed her, but meant that I had to somewhat get my act together. We ate Chip Shop, & Jenny said she wanted to try some of the whiskey that Carla & Kenneth got us, the Michter's Single Barrel Straight Rye Whiskey. It was pretty good; smooth & tasty. After that, we watched The Last Unicorn. I was utterly floored by how good the book was, & I know it is Matt's favorite nostalgia flick, so I was excited. Jenny had never seen it, so I put it in with glee. It was...not as great as I remembered, sadly. It is certainly no NeverEnding Story, I'll tell you what. It was Rankin & Bass, so it stood up visually, but it was just too...it just wasn't there. The first half is pretty lackluster, but it picks up once they reach King Haggard's castle. A young Jeff Bridges & an immortal Christopher Lee really knock it out of the park; Alan Arkin's Schmedrick is solid, but Mia Farrow's unicorn is...not up to the task. The music too was...pretty terrible. Mia Farrow's song stands out as a low point, & America's tendency to sing literal descriptions of whatever was happening is pretty silly, but I thought Jeff Bridges' song was charming in its amateurishness. To me, the best part about the film was the costume design on King Haggard & Prince Lir-- the medals on the chest, the red capes, the buckles, the fur sleeves, Haggard's crooked sword-- it all was just so solid. Haggard over-all was the best part, by far-- Beagle made him surprisingly compelling & sympathetic, & Christopher Lee has the talent not just to pull it off, but to add to it. Lir is the runner-up; there is a reason Jeff Bridges has become famous, & that is because he's awesome. The art on the unicorn is good; the big eyes & graceful movements work, but it lacks the coldness of wisdom & innocence. She lacked the fierceness, the dangerousness; that was the element in the Beagle book that really made it click. Oh, & Haggard inspired me; a neat fourth edition Dungeons & Dragons character would be an Infernal Pack Warlock whose patron was the Red Bull-- you know? 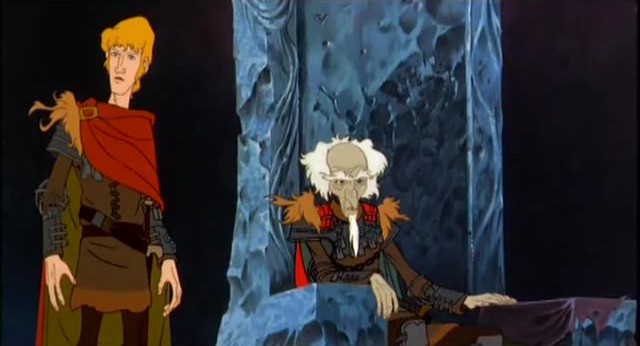 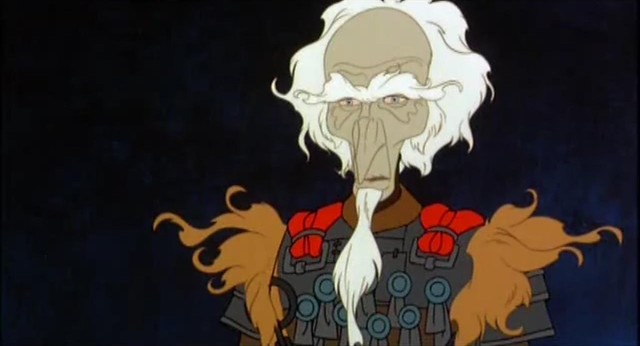 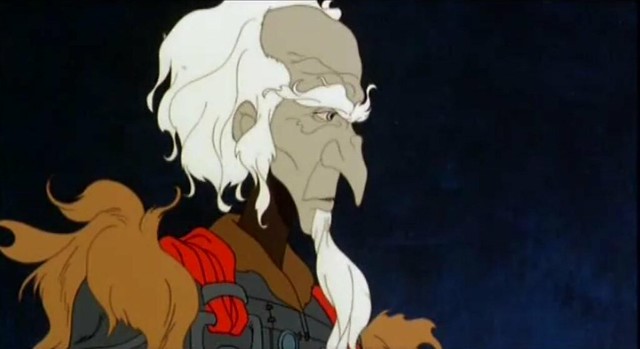 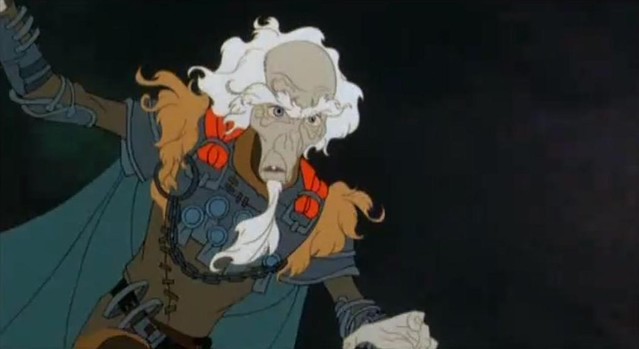