While Wizards of the Coast may have killed Paizo's Dragon magazine & Dungeon magazine, Kobold Quarterly really picks up the slack. I feel like that hasn't gotten enough recognition; if you are playing Dungeons & Dragons 4e, or 3e or Pathfinder, then this magazine should totally be on your pick list. Or if you are playing Dragon Age-- I'm so out of the loop when it comes to fantasy gaming, I didn't even know about Dragon Age. KQ had to mention it to me. Seems like it uses 3d6 to establish a bell curve rather than the d20's less reasonable distribution, with doubles allowing extra flair. Seems elegant! I'll get back to that a little later, but it reminds me of how In Nomine called their 3d6 system the d666. Cute. This issue is largely themed "Villainy," which you know is how I roll. I don't know if I agree with Wolfgang Baur's (the Editor Kobold in Chief) notion that bad guys are just trying to make out in the short term-- that is true of some, but I like to stress the villain as having totally reasonable motives, just ones incompatible with the players'. Actually, I like to just have NPCs with a variety of motives, & let the players decide who is the "villain." Michael Kortes has an article on arch-nemeses-- basically giving the PCs a free feat for declaring someone their foil. The enemy gets a feat as well, & the list is very specific. It is a neat idea. Now, I hate tiny bonuses, as a rule, especially when they are conditional. "+2 to saves against fire if you used a cold spell last round," stuff like that. The worst. The flip side of that is...well, something like this. Writing something down on your character sheet makes it true. Rules should aid the narrative, & while these are very narrow, they are narrow in a way that players will remember...because they hate that NPC so, so much. I think we've all been there. Brandon Hodge has an article called "The Right Way to Do Wrong" that describes nine popular & very real con games. Playing a con on the PCs-- or the PCs playing it!-- could totally provide a memorable session, whether it sets up a villain or a scoundrel or a kender.

& hey! d20 Monkey! I haven't heard of that gamer comic before, & I'm totally adding it to my feed, right along side Order of the Stick. There is also a "Living Pathfinder" adventure, but...well, I had a major concern with it. There aren't enough ways to interface with the adventure; particularly there is no real "in" for Diplomatic PCs. I mean-- if my friend Bernie was playing that session, he'd derail it but just asking the kobolds what the deal was. Don't your players ever try to figure out their enemies' motives? There are a few somewhat "system specific" resources; "fantastical foods," that are one-use items for fourth edition & some colour commentary & magic items for 4e monks as well. There is also a wonderful article by Jonathan McAnulty on fireworks for third edition, with a great piece of art by Rick Hershey. Besides being awesome, it made me think of the first Lankhmar book, where Fafhrd uses fireworks & skis to make a ridiculous jump. "Getting Ahead" is another grade A 3e article, on...magical heads!? It includes rules for shrunken heads, medusa heads, but oddly no mention of the Head of Vecna. There is a lot of non-system-specific stuff as well; "The Black Goat" is an adventure/location that could easily be used by any Narrator, as well as a list of narrative options as alternatives to killing off a PC when there is a sudden, untimely end. There is also plenty of essays musing on topics that could arise in any game-- hirelings, monsters, & campaigns with a cohesive group.

Issue seventeen also talks about Dragon Age a little more, including an interview with a freelance involved in it-- Jeff Tidball. Now-- I haven't played the video game, & I'm not likely to, but I did appreciate the lead writer's takedown of hetero male privilege. That earns you points right there. The system seems interesting, as I mentioned. 3d6 against a target number is the core, with the flair being that one of the dice is the "dragon die," & if you a) succeed on a test & b) rolled doubles then you get a number of "stunt points" equal to the result of the dragon die. Seems a little needlessly complicated-- why not just say that you get a number of points equal to whatever the set of doubles is? Anyhow-- the core of the system is about combat, but but the expanded system has stunts for exploration & roleplaying, & Quinn Murphy has an article in this issue with stunts for chase & research scenes. Bravo for that! The aforementioned Jeff Tidball also has an article discussing why the stunt system is fun, & how to bring that over into any other system. Yeah! Frank talk about kitbashing is my jam. Me, I figure...who cares about a list of stunts? Or rather-- just use it as a framework to allow improvisation. Anyhow, Dragon Age does seem to be on everyone's mind; the letter's section is largely abuzz with it. The issue ends with some book reviews-- including one by my buddy Pierce Watters-- & an add for The Northlands, which from the looks of it include sentient polar bears. As a huge panserbjorn fan-- I think they are the greatest creation in His Dark Materials-- I am pretty excited. 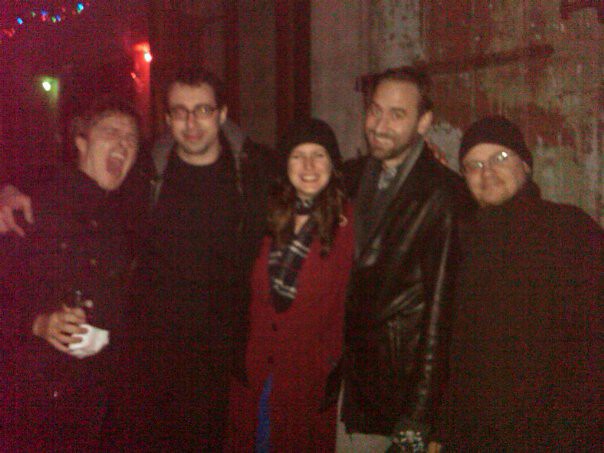 Being born is something other people do, but still we have a day to celebrate the occasion when the doctor's descended with their knives to cut me free from the flesh, the way Auðumbla licked the world into being from ice. After a lovely lunch with Aubrey at Rye House, I came back from the saltmines to meet with Jenny & then head to Mission Dolores to celebrate with a dozen-few of my friends. It was quite the do! Anyone who was anybody or anything was there. I won't even play riddle me who; suffice to say, a nice time. The weather didn't co-operate, but that was alright; once we got a few drinks into us, the cold didn't matter so much. I had a Jolly Pumpkin Madrugada Obscura, which was a...sour stout? That was nice; something for Jenny to enjoy, & for me to like, too! Another winner was

wolvus' recommendation, the Scaldis Cuvee Des Trolls. A popular beer with a chunk of the crew was the Arcadia Sky High Rye which they said tasted like grapefruit, & in fact tasted exactly like grapefruit. The other drink popular throughout the night was the Speakeasy Payback Porter Ritual Coffee, which was an ass-kicking dark coffee stout. The Avery DuganA Imperial IPA was a nice IPA, & the last drink of the evening for me was the Allagash Black; a nice dark beer, & thematically resonant with the delicious Allagash White. Jenny & I slipped out like ghosts without saying goodbye; it is my way! Anyhow, I stayed out till like, almost midnight! It was quite the fête, though I spent a good portion of it talking about people's boobs. Whatever, secondary sex characteristics are pretty interesting. Now, lets have a rundown of the loot! 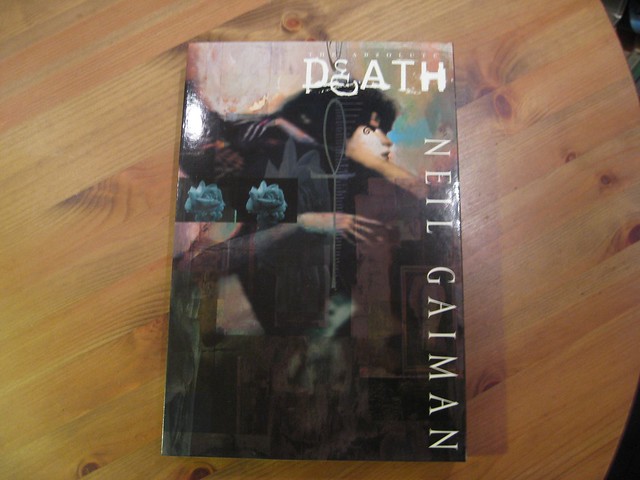 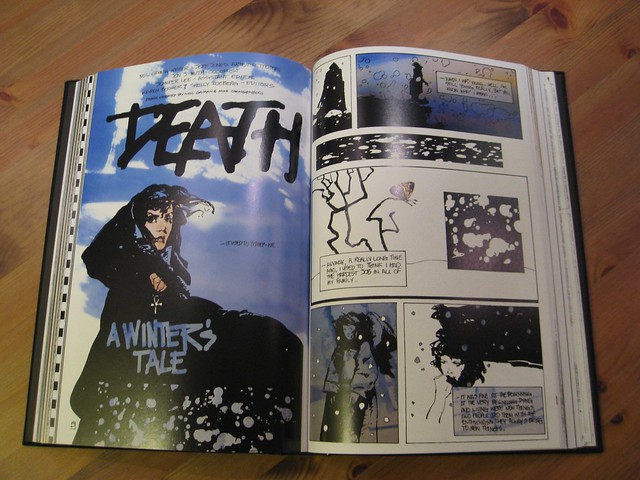 onatopofthings got me the Absolute Death, which is a hell of a title. 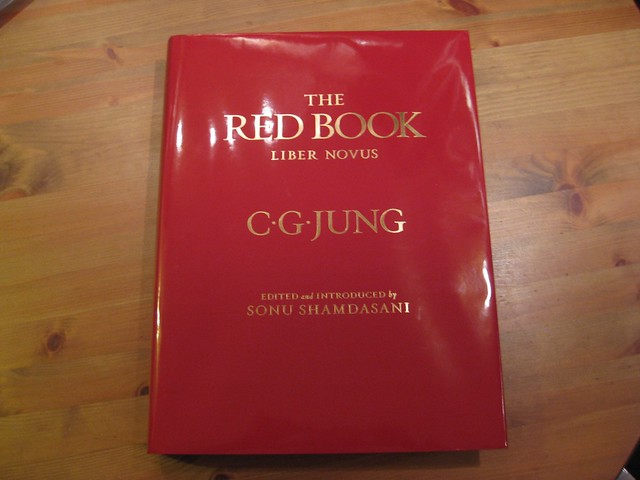 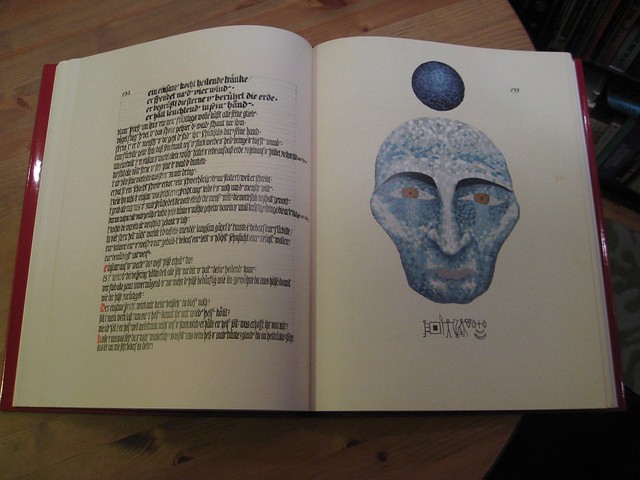 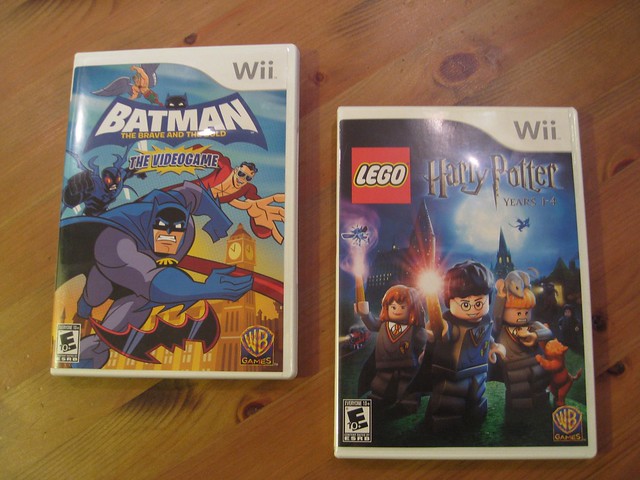 Jenny got me some video games... 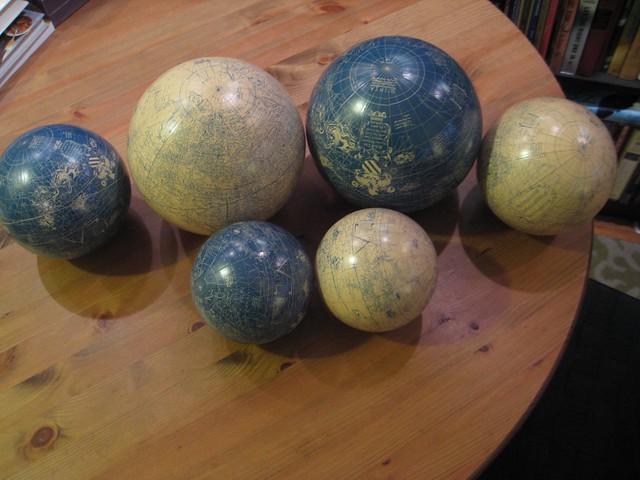 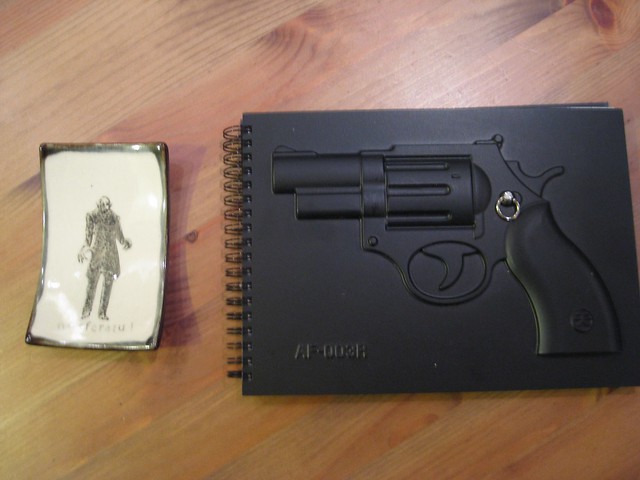 ...& a little Count Orlock dish & a notebook with a gun on the cover. 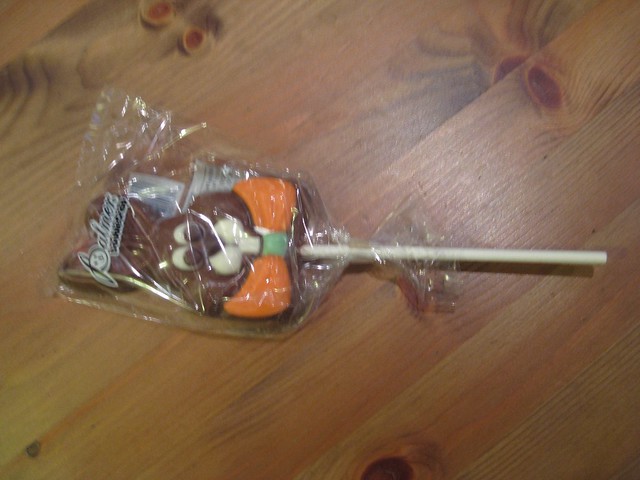 Someone gave me candy? I think Radarless? 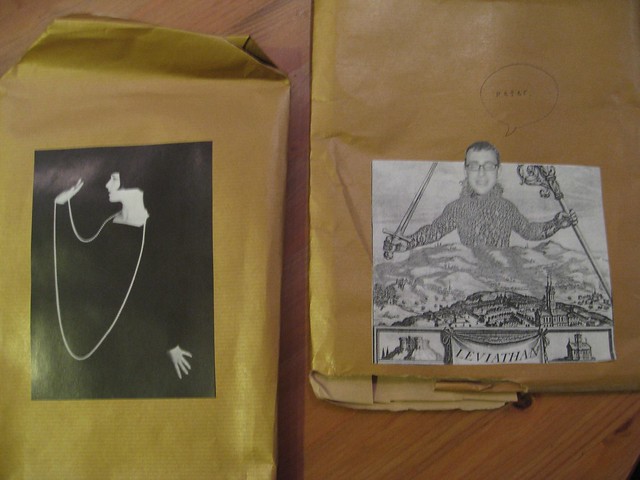 kromelizard wrapped their gifts with care... 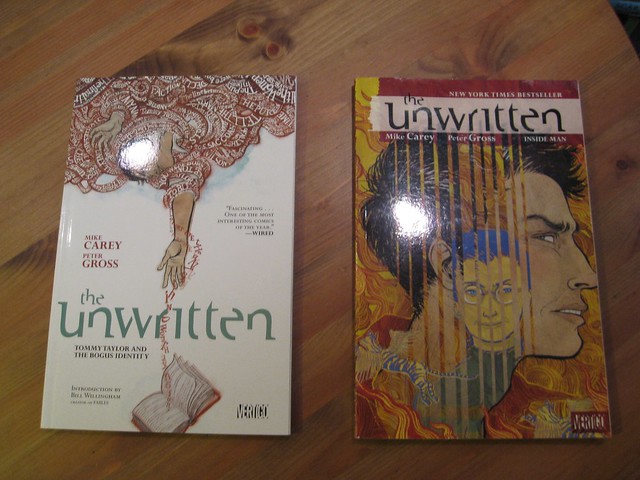 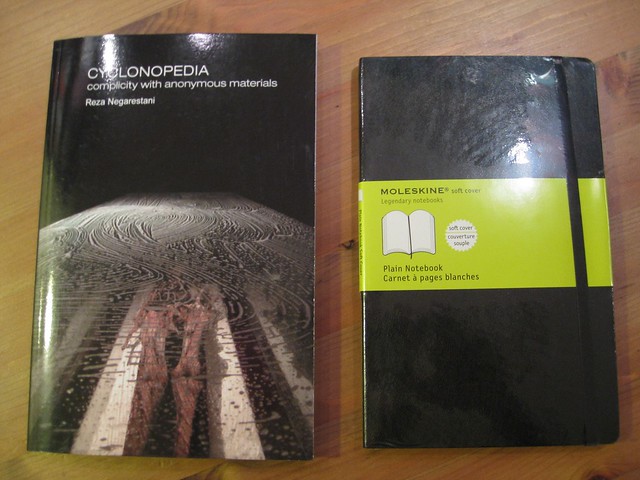 ...& Alicia gave me Cyclonopedia, which she says my clone wrote. Also a notebook. 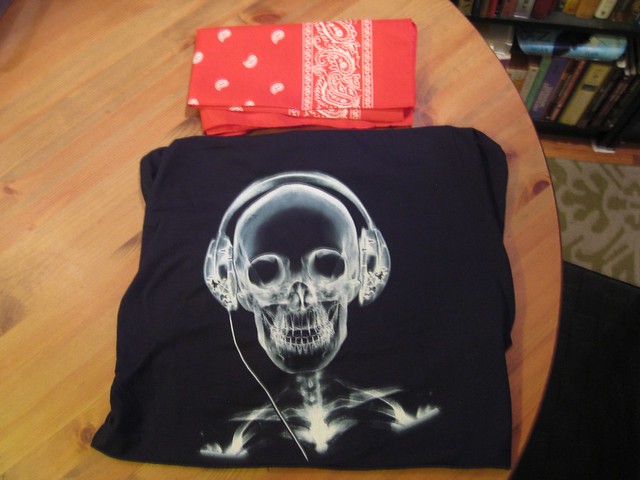 Dante got me a t-shirt with a skull on it, & 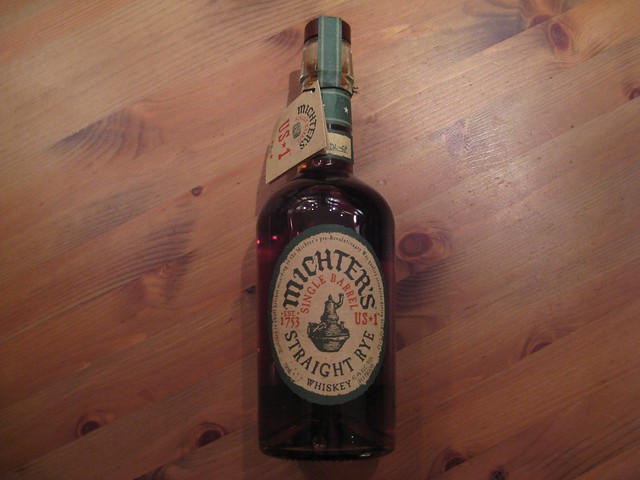