Bones of the Moon by Jonathan Carroll.

Cullen falls asleep,
The record flips to side B,
she begins to live.

I’m not sure how I feel about Bones of the Moon. I will say this: it is a hell of a piece of dream-based writing. When

fordmadoxfraud saw Inception, his big complaint was that it wasn’t even slightly hypnagogic, wasn’t even a little bit constrained by dream-logic. Matrix-esque wire fighting isn’t the way a dream works—dreams have there own perverse sense of order. Carroll really nails that, from the names of the Bones of Smoke-- Obnoy, Kat, Domenica, Slee & Min-- & the moniker of the sinister Jack Chili to locations like Dead Handwriting & Ophir Zik, the city of the dead. That is where Bones really hits its notes—in dreams, where your dead son can be named “Pepsi” & it doesn’t make you blink. Where I’m a little more dubious on is in the real world bits & pieces, where Cullen James-- our female protagonist-- has her regular life. Now, I’m a guy, so I’m not the gate-keeper of "good female characters," so I’m not trying to speak from any position of authority here. Just musing. But Cullen’s real world problems all seem like...well, like someone thought “what kind of problems do women have?” Abortion, whether to cheat on her husband or not, a threat of rape—outside of Alvin Williams, it just seems a little too pat. & a little anti-choice. I’m guessing Mister Carroll was shooting for "universals," but to me it just rang a little...banal? Perhaps that is the counterpoint to Rondua, the dream world. In the end, I’m happy with the piece; besides the fact that some of the core conflicts strike an uneasy chord in me, I like the characters & especially the dream world. Actually, I think its nearest comparison would be to Neil Gaiman’s Sandman arc, "A Game of You," with Barbie & her friends struggling to defeat The Cuckoo. I've only read one book by Carroll before-- White Apples-- & I'm open to reading more to really solidify my opinion. Which is exactly what I said after I read the last one... 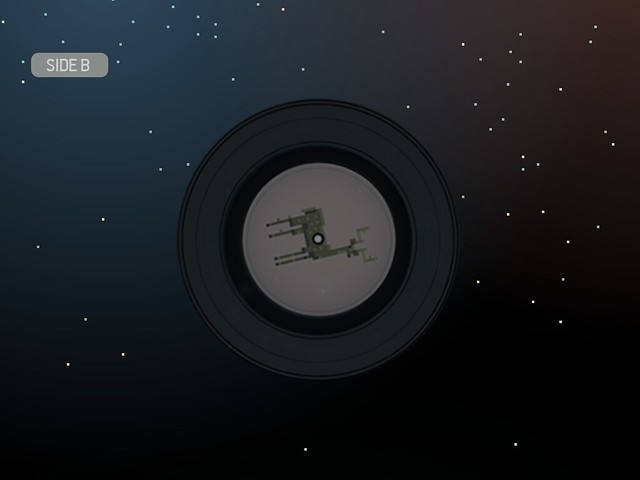 One of the first things I did when I got home was download Jim Guthrie's Sword & Sworcery LP: The Ballad of the Space Babies, the elaborated upon soundtrack to Superbrothers: Sword & Sworcery EP. So that is nice. I spent the plane ride back to Metropolis playing Settlers of Catan, finishing up the book I was reading, watching an old episode of Cougar Town, fiddling around with a round of trivia on the airplane system (which I won) & reading a couple of old gaming pdfs I'd meant to get around to. I thought CthulhuTech was the most promising, if silly. The genre is "squidpunk," & I like it just for that. The game fails at a lot of points-- where is the mystery? The horror?-- but it has bits & pieces of promise. Prose Descriptive Qualities seemed...convoluted? For something that intends to be a simplified system, it sure zigged & zagged. Finally, Stars Without Number just didn't do it for me either-- I don't have a lot invested in old school science fiction gaming, I guess? & I wish the classes gave you more. One re-roll an hour? One miss per fight? I'd rather it was every skill roll & every attack roll the the respective classes got a second chance at. If you are going to have classes, make them play fundamentally differently. Anyhow, eventually we sat down & I was glad to be home. Today I have off work, & I'm just kind of stumbling about in a haze. I don't have any focus; I'm jet lagged in reverse! Deggal tej. Jenny is fooling around watching television & I am trying to catch up on the backlog of internet stuff. We ate...eggs on English muffins. That is all we've managed to do, & it is almost two. How about them apples, Bourne?
Collapse