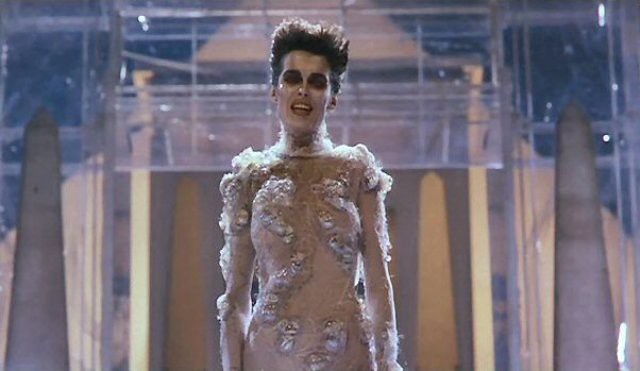 After beating Superbrothers: Sword & Sworcery EP, I got my act together & ducked into the gym. It was crowded, but that is what I get for not going earlier. Deal with the consequences, Mordicai! There was some weird horror flick on Syfy, with a guy in a gas mask with a voice modulator yelling the sort of teenage angst you'd expect. "I'm the monster you created!" The Final, it was called, I guess. I put in a solid hour & a half, & hey, maybe I'll go again today if Jenny wants to. Or not, I'm not sure. See, because after the gym, I came home to find Jenny, & then met her friend Carmen & her husband Tony, & we all went down to Beer for Beasts. What the heck is that? I'll tell you! It was a Humane Society charity event put on by Beeradvocate & Sixpoint, with a tasting of thirty small batch brews, a selection of food trucks, & burlesque. I've actually never been to The Bell House before; Jenny & I tried to go see Neil deGrasse Tyson there but it was packed, & I got the feeling that it was always packed. In my head, I folded it in to the same category as Union Hall-- I'd probably like it...if it wasn't for all the people. Trendy things don't make me upset because they are "popular," but just because they are busy. This event was no exception, though the $60 tickets may have cut down on the riff-raff. In fact, everybody who was there was...pretty much exactly who you'd expect. A very "Brooklyn" crowd. The only odd points were the...pick-up artists!? Yeah, there was a guy with a fake lipstick kiss on his face & a goofy hat & everything. Oh right-- they were there for the burlesque, that is the scene they haunt. Which is partly why I don't like burlesque-- the audience. We caught the first burlesque act, but missed the second. The first performer did a fan dance, & actually reminded me a lot of

kingtycoon's baby momma. The second was sort of the timid secretary, all vintage nylons. The final act was Mary Cyn's Gozer performance-- I'd actually seen stills of it from io9, I think.

My favorite beer of the night was Nessie's Revenge, a wee heavy that very much cleaved to its Scotch roots. I was well pleased with the Nessie, & it was the only beer I went back to have "seconds" of. The runner up was the Triple Sweet Action, which was...well, tripled Sweet Action. Three times the hops, three times the malt. Trying to list the beers in order may be a feat beyond my notes-- the floor was set up with mini-kegs all over, each with two selections, & the bar at the end & the bar in the front room were running them on all their draught taps. I definitely started with the Reverend Dingo's Dark Ale-- a brown ale with a lot of hops. The way it worked was you'd just sort of jump into line, & then angle your head to see what two they had there when you got up to the front, & then made your choice lickity-split. I think I might have had the Overpowered next, & then I think the Triphop Grapefruit IPA. I like very floral IPAs, so I enjoyed it. Then the four of us moved into the front room. We were there before it was really "discovered" by the crowd, so for a brief moment, we were comfortable. I started with the Oyster Stout which I did like a lot; it was exactly an oyster stout, just a good example of a good genre. The Old Krusher was a barleywine, & was fine; the Otis was a subtle coffee beer (compared to what came later). The Crisp was a lager, which-- I think popular American beers have ruined lagers for me. The Diesel was a nice stout, a bit sweet for me, but pleasant.

We hit the food trucks after the front room-- Mile End had some delicious brisket, as well as chopped liver & pickled mackerel. I usually hate mackerel so, that counts for a lot. Mile End definitely won the food gold star. The line for the Calexico tacos was too intense, so we skipped them & got Marguerite pizza from Pizza Moto-- then back inside! Back in the main room, I started with the Big DIPA, an IPA whose "twist" was basically a nice high abv. That was paired with the Berserker Bock, which was ridiculous! Just like being punched in the face by a bag of coffee. Like drinking Juan Valdez's sweat. It was good, & I know there are people who really like coffee beers-- they'd love this one. Next to that was the Barley & Chinook, which is one of the beers that smelled a lot like pot. It was an IPA; people sure do love to make IPAs. The Baltic Street was a great smokey beer; dark & enjoyable. After that batch, we moved down to the other end of the room; I really liked El Cordo Barracho, which had an even stronger marijuana aroma than the Chinook!

The GNT Wintery Mix was...well, aptly named! It was a really multi-layered brew. Up at the bar, I grabbed The Juicer, which had the highest alcohol content of the night. Bang, it was a hammer, but a tasty one. The Knockout Punch was a sweet red ale, made with actual Hawaiian Punch. The MacBeast was a peaty & caramel drink, & the Malz Waffe was, in fact, a malty weapon. I think Jenny said that the True & Gritty was her favorite of the night, just a well crafted Saison. The Willie Welch another Saison, though I don't remember much about it. Gowanus Bay Bitters closed out the evening; I was tottering by the time we left, but I missed five of the beers-- I wanted to hold it together to chase them down, but prudence carried the day. Actually-- counting, I missed eleven! They ended up having more than thirty batches. Looks like I made the right call. We tried to go to the Park Slope Ale House but they were packed; we ended up eating at Rachel's, which was also busy but fine after a ten minute wait. Me, I was ready for bed the whole time. Yawn! Everyone else was famished, but the beer & the food from Beer For Beasts sated me; I ate some french fries but that was about it. We got home...& it was only ten o' clock? I thought it was later! Tumble into bed & then...well, predictably woke up at six in the morning. As I always do, now.
Collapse