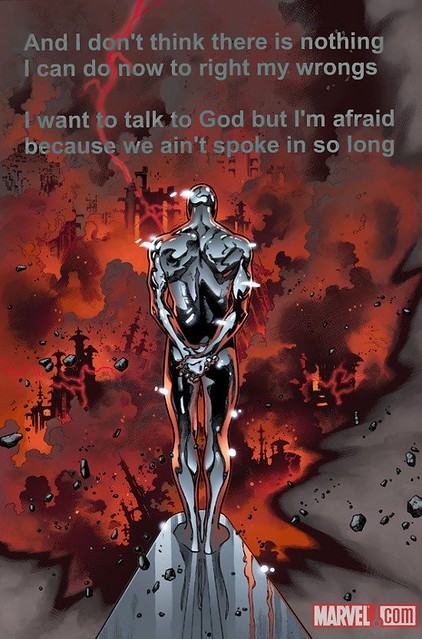 My Kanye Plus Comics submission.
Lyrics to "Jesus Walks" by Kanye West
Art from The Mighty Thor #1 by Olivier Coipel. 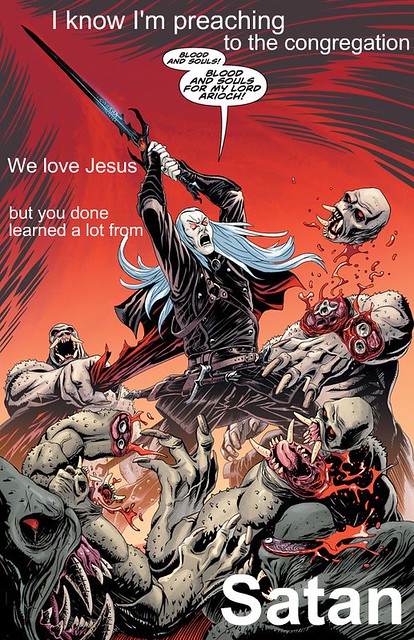 Another Kanye Plus Comics submission.
Lyrics to "Devil in a New Dress" by Kanye West
Art from "Elric: The Balance Lost" by Francesco Biagini. 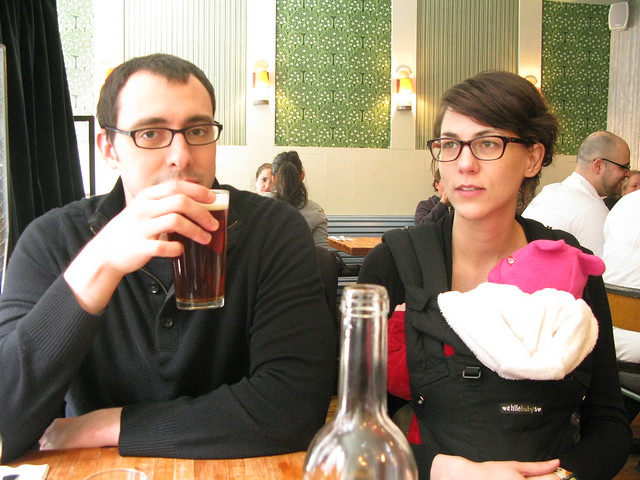 I came home from work yesterday to find that Kira was still over, hanging out with Olivia & Jenny. Fun-- I was a little...not cranky, but still in the mode of cognitive dissonance from work. We hung out for a bit, played with the baby, & then Kira & Olivia went home. The photos of having lunch with Olivia makes everyone on Facebook think I've secretly had a four month old baby, like how everyone thought

ranai was my fiancée on the internet, because we take lots of pictures together. We just have a similar way of being photogenic hams! Same thing with Liv. After they left, we goofed around-- Jenny did whatever mysterious things she does to keep herself occupied, & I played Sword & Sworcery. That game...is amazing. The 8-bit lead? A lady! The Scythian; compare to The Cimmerian. The game lets you tweet the bits of dialogue, & it is hard not to, what with lines like "We think of wakefulness & the mythopoetic psychocosmology of dreams as separate states, however they interoperate in curious ways." & the music totally reacts to the gameplay! & the disc flips over to side b when you enter the dream world! & it is totally fun & I got the Golden Trigon. Basically it is like "what if The Legend of Zelda was a metatextual commentary on Joseph Campbell's monomyth?" So yeah, sweet. After that we watched Modern Family, which was just adorable. Good for that show for using the "dumb dad" sitcom & making something new & good out of it. Then it was Community, which...was a double blind? It fakes you out into thinking it is a Quentin Tarantino spoof, but it is in fact a My Dinner with Andre homage? With a long monologue about Cougar Town & Abed pooping his pants? That show, dang, actually pushing the envelope-- probably the first comedy to do so since Arrested Development. Then, bedtime! & today I had lunch with Nick & Rachel at Curry in a Hurry. & that is life, in a nutshell-- I count myself a king of infinite space. 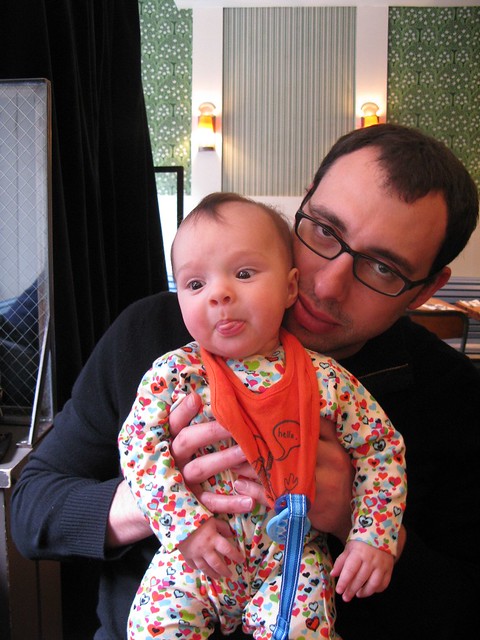 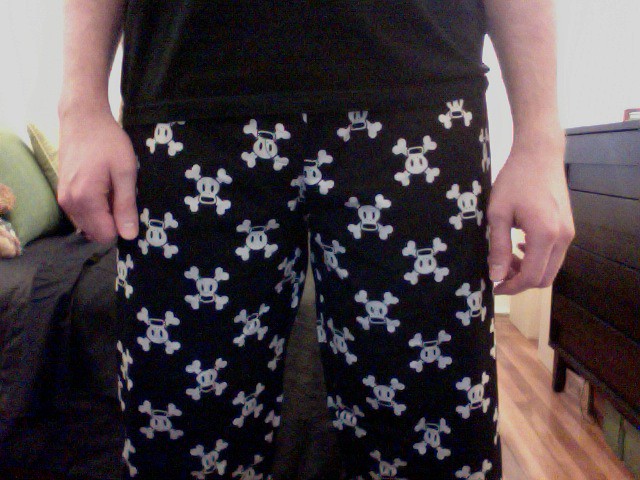 My new pajamas. Brad recommended them to me. I kind of intend to be very lazy tonight. See?
Collapse