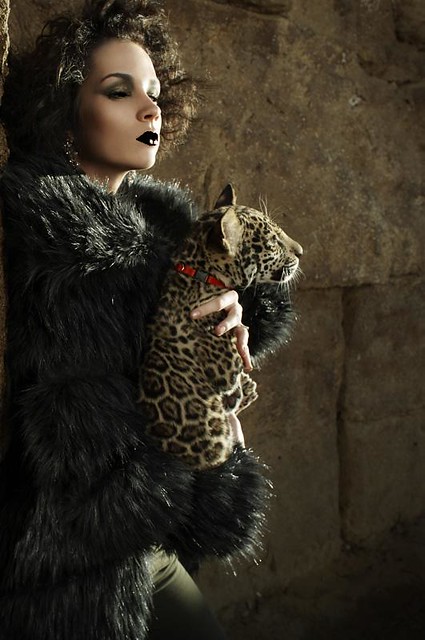 (Brittani, photo by Baldomero Fernandez, MSPaint foolishness by me.)

So, Television Night. Last week we failed to catch up with America's Next Top Model, but last night was pedal to the medal, nose to the grindstone. Jenny & I had some really tasty grub from Corner Burger-- my second burger of the day, but the one from Energy Kitchen definately doesn't count, because that place is errant nonsense. Of note, though-- the curly fries at Corner Burger are not worth it-- go with the fried pickles or poutine, natch. Lesson learned.

fatbutts showed up first, with Archie in tow, followed shortly by

elladorian. Eventually, even James came, fresh from the gym. We drank the Anchor Bock Beer that Jenny brought, which was fine-- dark but not dark enough, if you ask me. David & Maggie brought Southern Tier 2XIPA, which was a nice citrusy floral IPA. The episodes of Top Model were fine, but nothing amazing. I'm totally on Team Brittani; that haircut does it for me. What else do you want? Francesco Carrozzini was super charismatic & adorable last cycle, but this one he didn't get a chance to "pop." Anyhow, of course Dirty Sméagol went home; her attitude was severely lacking. Listen, I get that you are all femmecore or whatever, but complaining about pretending to be a passive & weak character, while actually being passive & weak? Not really "getting" it. Anyhow, both episodes were better than I expected, thanks largely to Lilly's favorite, Alexandria. I think Alexandria is a perfect example of the worst scum of the planet-- Orange County. 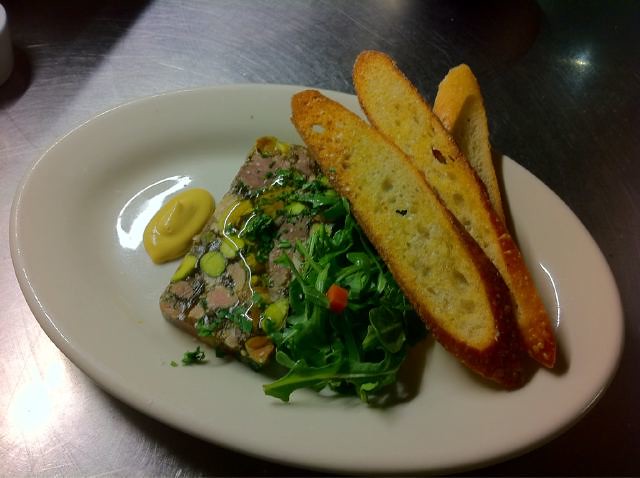 Today I snuck out for kind of a long lunch, & met up with all the TV Night people at the restaurant where Lilly works, Northern Spy Food Co. I walked over to it-- it is on Twelfth street & avenue A, so it was a bit of a hike-- & met up with David & Lilly, then Maggie; then we were seated, & Jenny came in with Olivia, since today is the day she babysits her, last but not least was James & we were all good to go. I drank a Two Brothers Domaine Dupage, which I'd never had before-- it was fine, also fine. When I say a beer is fine, I really mean it-- I'm not meaning to damn with faint praise. We ordered a slew of appetizers; most notably the headcheese, which was banging, but also the pickled eggs, the kale salad, some blue cheese & compote, & some potatoes fried in duck fat (ranked in order of personal preference). I ordered the heritage pork meatball sandwich, & was well pleased with its heft & its taste. I'm still lethargic from it, actually. Most of the dinner was occupied by us paying attention to Olivia, actually, & when the desert menu came around I bailed so I could get back to work. In other news, Jenny & I got an iPad. Jenny came to me & said, "so, talk me out of getting an iPad?" & I said "well, I really want to play Superbrothers' Sword & Sworcery..." & so, Jenny bought an iPad-- she was a real soldier about it to, going to wait in line three times & everything. Then this morning, Sword & Sworcery came out, & so I of course woke up early to play it. It is a lot of fun-- a casual tone, a mythic scope, all that. After I got the Megatome & awoke the undead darkness beneath Mingi Taw, the man with the cigar suggested I put the iPad down & go do something else...so I did.
Collapse