Yesterday I went to the Prospect Park Zoo. Well, first I woke up & ate leftover Chinese for breakfast. I didn't get anything done in the morning-- the episode of Young Justice I had was a repeat, so I just fooled around online. Read most of Kid With Experience by Jess Fink. Still, before too long it was time to get ready to go & meet the crew for a zoo day-- so I did! I grabbed a bagel from La Bagel Delight on the way up there, figuring that hey-- everybody would probably be late, so if I got there on time I'd just end up waiting. A correct call on my part! Brian's son Henry was in town, so the plan was that Brian & Jocelyn & Henry would meet up at the zoo with me, Chris & Autumn, & Omry-- at least that is what I thought. I wandered through the park looking for the zoo-- I always end up stuck behind the zoo ("Hi animals!") when I purposefully get lost, so I knew the entrance was over by the carousel, but then...where is the carousel again, exactly? I figured it out only to discover that outrageous train fortunes had put Brian & Jocelyn & Henry behind schedule. In fact-- no one was at the entrance besides me! I decided to go into the zoo, & when I got the map I saw that the entrance I used was kind of the side entrance, so after staring at the sea lions for a bit I went up to the main entrance & lo & behold there were Chris & Autumn. We were soon joined by Meredith & Dan, which was a welcome surprise, & then caught up with Annie & Justin, too. No Omry though, in the end, at least for the zoo portion. 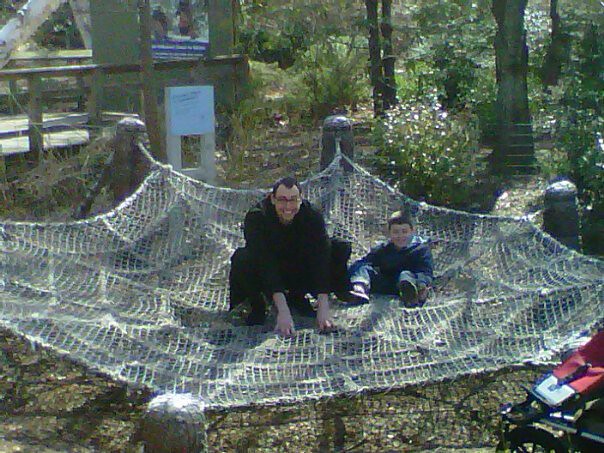 The zoo was pretty alright! It isn't big, but also only cost eight bucks, so that sort of evens out. We started at the sea lions are the sort of antechamber from which the rest of the park radiates. Feeding time was twenty minutes away, so we went into the "Amazing Animals" area to look at the lizards & the bats. That was pretty neat-- also, a porcupine! As I mentioned, I've got a soft spot for porcupines ever since TMNT & Other Strangeness. Henry really focused on that, & decided porcupines were my favorite. In the dark house, Meredith took my hand, & I was like "Meredith, why are you holding my hand?" & she was hilariously mortified. She of course thought I was Dan. We are both tall dudes. We all went back to watch the sea lions get fed, & then on to the "Discovery Trail." The trail is the centerpiece of the zoo, as far as I'm concerned. There is a concrete series of organic looking tunnels with smaller shafts you have to crawl up on your hands & knees-- which lead to plastic domes that jut out in the middle of the prairie dog community! That was pretty fun & awesome. Also a giant spiderweb! The "Australian Walkabout" was closed, which is a bummer, but understandable. There were red pandas, & frolicking otters, & a sleeping porcupine, some deer & the aviary, & then you are out. We also saw baby baboons-- one mother let her kid run wild & the other held her's pretty brutally by the tail, & I joked to a woman there that those were the Park Slope parenting styles in a nutshell-- clingy versus anarchist. I'll tell you a secret, though-- I hate baboons & their gross butts. The tamarins in the monkey house were way cuter. We took a break & I got some onion rings from a "24/6" kosher vending machine. After that it was to the "Barn" to pet some sheep, goats & alpacas, & then out. 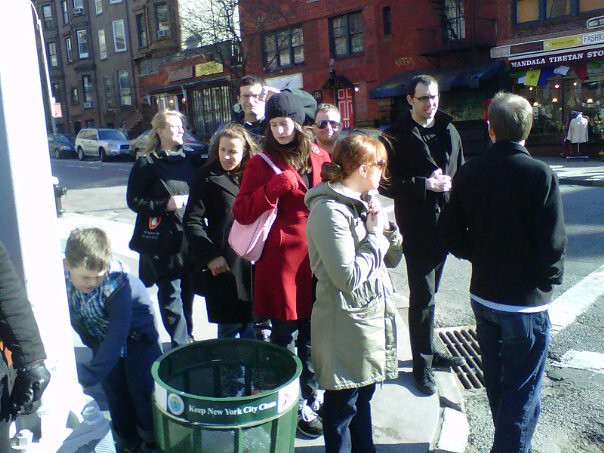 We walked through the park on the way to rustle up some grub, & stopped to watch a tribe of nerds LARPing in the Nethermead Field. They looked like they were having fun; about half of them were the sort of chubby LARPers you'd expect from stereotypes, but the other half were more attractive. We stopped to chat with some strangers walking their baby about LARPing, & to muse on what system they might be using. I only know about NERO, & thise seemed less fantasy & more historical, at least in my inexpert opinion. Anyhow, they were just skirmishing, not in full regalia or anything. Of note: Chris knows the park pretty well; having a dog gives you a good idea of the lay of the land, huh? Either that, or he has Ranger levels. I wanted to go to Chiles & Chocolate, since people had expressed interest in eating bugs, but it was even smaller than I remembered-- & now we had plans to meet Amy & Omry as well as Jordan. We were a full clan! We wandered about looking for somewhere to eat, & by that point I came to the conclusion that I should bail. I wanted to go to Amy & Omry's Purim party, & was pretty tired, & Jenny had just gotten off work, so it was time to exit stage left. I said hi to Amy & Omry-- to cursorily, it turned out-- & grabbed a hot dog from Bark, which actually lived up to the hype. When I went outside to say more prolonged farewells, they had all gone! Chris & Dan had been getting dogs too, so they went one way & I another. Passed Jordan on the way home, & then...sort of fell into exhaustion. Jenny & I were both drained & ended up doing nothing-- we made a pizza & watched some Fringe & went to bed. Sorry Purim! I had the best of intentions, but the flesh was weak. 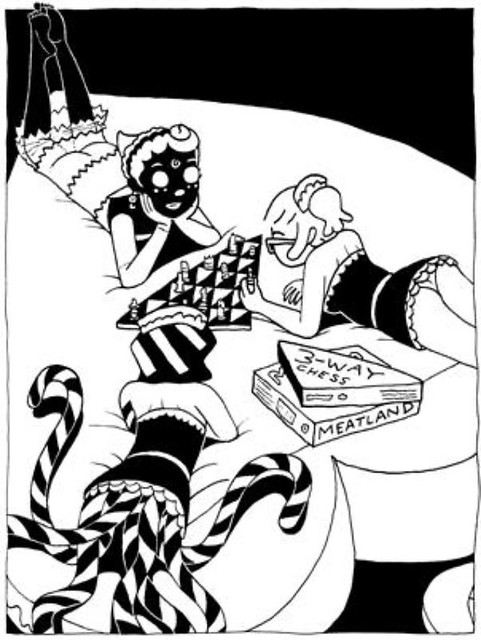 A pretty lazy day so far. Which is nice-- for some reason I am exhausted! I read Curvy, by Sylvan Migdal, this morning. Definitely Not Safe For Work, but I liked it. Candy World? Yes please. I'd read the Jess Fink comics yesterday because of Chester 5000XYV, which is even less Safe For Work.

fayefaery had recommended Chester to me as a character study when I was in Cocktails at the Centre of the Earth, you may recall. I also cooked breakfast-- I'd bought a tube of polenta with quinoa in it, & today I fried them up. For a while I had the heat too low & I wasn't getting a sear, but I figured it out. I topped them with ricotta, mozzarella & a little bit of sopressata-- it wasn't quite right, but then Jenny gave them all a wash of balsamic vinegar & it all popped into place. Most of the morning was us watching the end of the first season of Fringe. I had a number of spoilers about the first season that were fairly minor-- Leonard Nimoy is William Bell, the core conflict is with Earth-2, Bell's headquarters is the World Trade Center in Earth-2-- so now I'm glad those are out of the way. I only know one other spoiler-- it has to two with two new character's nicknames-- & I'll be glad when those are out of the way. Anyhow, Fringe is in fact great-- like what if the X-Files was like "oh, this is some fairly conclusive evidence Mulder, Scully has really vouched for you too, so we're giving you your own division." We had some sandwiches for lunch & now we're getting showered up so that we can go to the gym. I was just terrible at working out & at moderating my diet last week, so I'm going to have to get back on the horse this week. 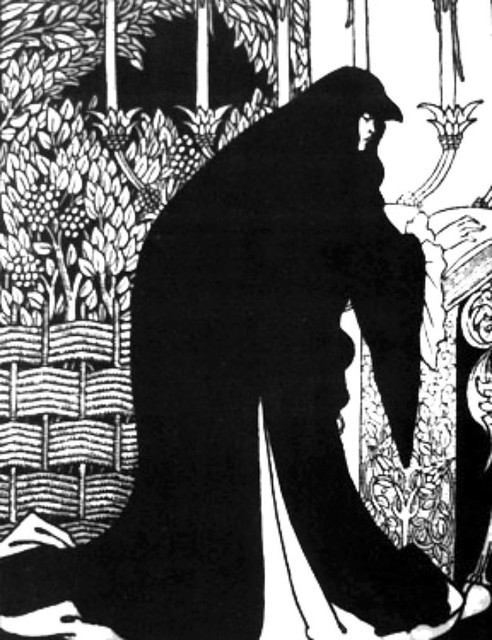 Do you want to know the trick to getting wizards to like you? I mean, there is a certain knack to it, but it is pretty easy. The key is to manage your own business. Have your problems dealt with before they roll into town. If you keep running to them like a cry baby, they'll just be pissed. Wizards are subtle & quick to anger, guys. Take care of your situation, & they'll appreciate it. You run up to them all "help me Obi-Wan Kenobi, you're my only hope!" or whatever, they'll hate that. "Gandalf, come quick, King Théoden has been taking bad advice from a guy named Wormtongue!" Ugh, you idiots, am I right? Or how about when a bunch of brats are all "oh, Professor Dumbledore, come quick, my sister was reading an evil diary & she's all messed up." Kids, deal with your own situation! Listen, you want to know who wizards like? Wizards like hobbits. That is why Gandalf was so helpful with that magic ring situation. Because when Gandalf rolls into the Shire, the hobbits come running out, like "Gandalf, Gandalf...who is is going to help us...smoke all this pipe-weed!?" Those little guys have it all figured out, & wizards respect that. Put your house in order & stop nagging wizards, is what I'm saying.
Collapse