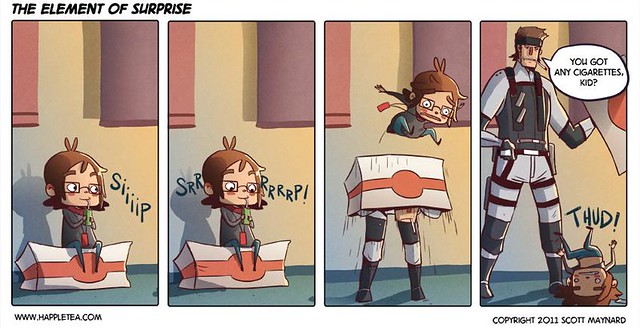 I'm just sitting here listening to Godspeed You! Black Emperor, so I figured I might as well put my fingers to use while I'm at it. Last night after work I went down to Standings to meet with co-workers for a drink. Many of them-- my boss included-- had taken the day off to watch March Madness. I was in a sports bar during a sports nexus event! I drank a River Horse Milk Stout, which I've had before but from a bottle, not a draught. It is smooth enough for non-stout drinkers to like it, but I wish it had a little more bite, a little more punch. We were talking about this at Television Night, actually. We drank the last of my Valentine's beers-- Coniston Bluebird Bitter. It is a "session ale," & Jenny discovered that means it was made with low alcohol content, so that English laborers could drink them all day during a "session" of work. I guess I'm still a teenager in the back of my head somewhere, because I feel...cheated by low alcohol contents. Similarly, I feel like a high ABV is a perk, a feature. Crazy fangs on a stout or a really hoppy beer, that is right up my alley.

elladorian agrees. The beer that

fatbutts brought on Wednesday is Avery Hog Heaven Barleywine-Style Ale, with an alcohol content of 9.2%. Now we're talking! Anyhow, the meet up was Matt, Kate, Kat, Jon & Jeremy-- & we didn't stay long. Just enough to drink a beer & then head over to Kat's. Actually, just long enough to miss a phone call from Jenny-- if I had answered, I would have been able to convince her to come, but alas, she went home instead. In further missed connections, Amber showed up after we'd left, as well. We stopped off at Pommes Frites on the way to Kat's apartment, & then there we were! I only stayed for a bit, to drink some wine, & when everyone went out on the fire escape to smoke a cigarette, I totally snuck out. Vanished! Ghost! Poof. Well, I had Jenny waiting for me at home, didn't I? I did.

I got home & Jenny was like "you are drunk!" No I'm not! I'm not, but I did have some beer & some wine. That much is true. For dinner we had Chinese food from Sun Bo Bo. Okay, I'm a convert; it is cheap Chinese, but it is better cheap Chinese than you can normally get. Colour me convinced. I also picked up some stuff from the drug store, & a bottle of Prosecco. I'd asked Jenny if she wanted banana flavoured champagne & she said yes-- for some reason I thought I could deliver on that? Well, at least I got us some bubbles. We watched an episode of Fringe-- just a placeholder episode about a transgenic monster, but I liked it. I'm really curious about Fringe, & I really like it. There are some science-fiction shows I gave up on-- Caprica & V for instance-- & I am glad that I didn't miss out on Fringe. I don't feel obligated to like something just because it is in a genre I like. You can't just be science-fiction or super-hero, you have to be good, too. Speaking of good, after Fringe we watched an episode of Community, which had Enver Gjokaj in it. Enver Gjokaj is...the greatest guy. Well, actually maybe Nathan Fillion is, per this Parade interview, but then Enver. It is a close call. Then I had a dream last night where Malcolm-Jamal Warner was the secret President of the United States & if the baby on Community was his, that baby would be the heir to the throne. Awesome. Oh! Speaking of music, I realized that I couldn't really do my top five favorite bands. I mean, I can get four-- in no particular order it is Jenny Lewis, The Mountain Goats, The Protomen & Godspeed You! Black Emperor-- but I can't nail down the fifth. Sorry They Might Be Giants & The Pixies, but as

fordmadoxfraud once pointed out, I don't really listen to you all that often these days.
Collapse